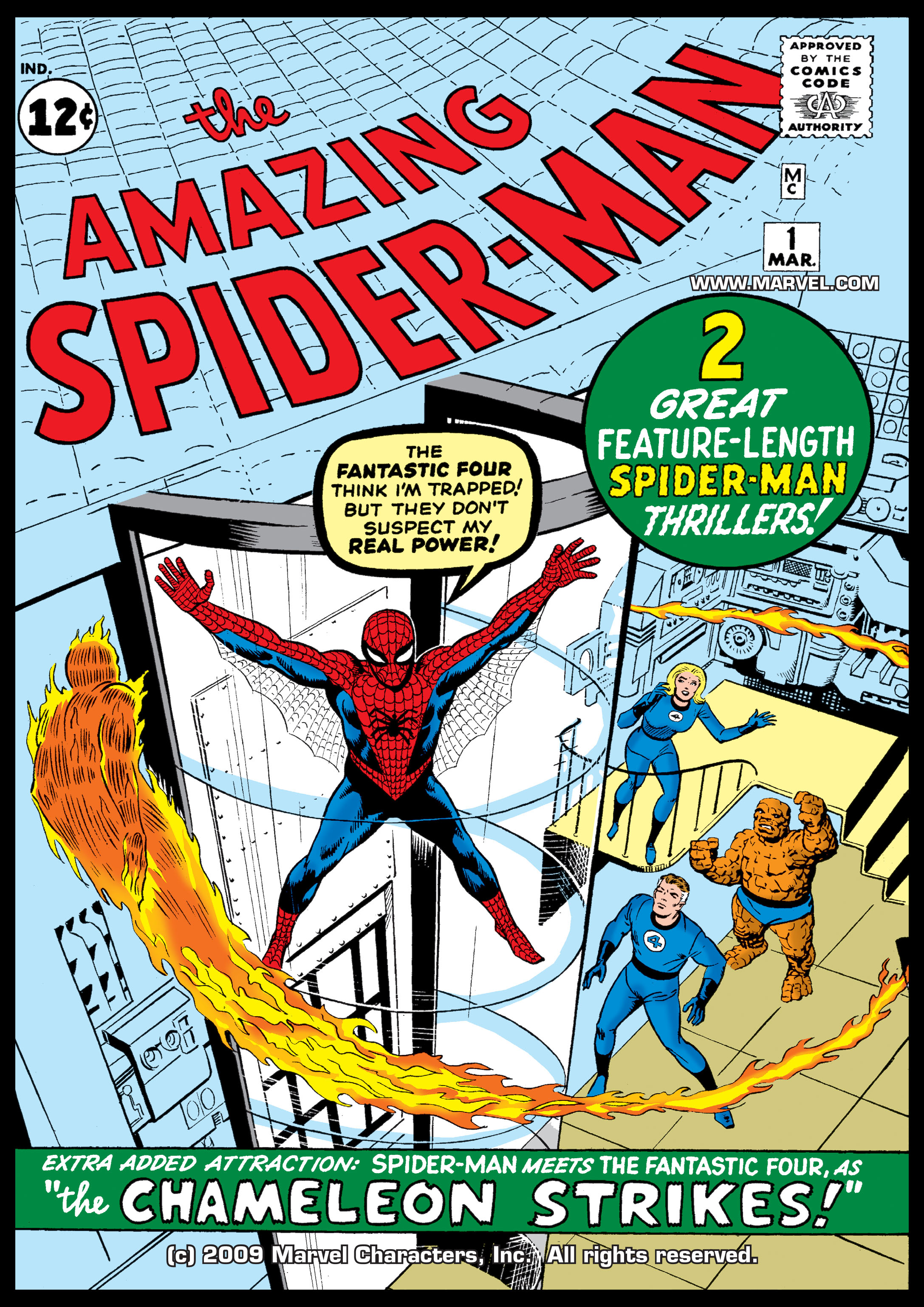 Vol 1: March 1963 – February 2014
The classic adventures of Spider-Man from the early days up until the 90’s! Meet all of Spidey’s deadly enemies, from the Green Goblin and Doctor Octopus to Venom and Carnage, plus see Peter Parker fall in love, face tragedy and triumph, and learn that with great power comes great responsibility.
Vol 2: January 1999 – November 2003
Meanwhile, at Peter Parker’s new apartment which was paid for by Mary Jane’s using her modelling earnings, Peter acknowledges the Torch’s message ablaze in the sky. He reminisces about his days as a super hero and then turns his back on this message because his number 1 priorities is now caring for his family. Daredevil, The Man Without Fear is on the streets of New York City doing what he does best; fighting crime. He fails to notice the flaming message until the criminal he’s apprehending mentions it. He concludes that Spider-Man has disappeared due to the fact that street crimes is ascending.
Vol 3: June 2014 – October 2015
The Greatest Super Hero of All Time RETURNS! The world may have changed since Spidey’s been gone, but so has Peter Parker. This is a man with a second chance at life, and he’s not wasting a moment of it. Same Parker Luck, new Parker attitude. Putting the ‘friendly’ back in the neighborhood, the ‘hero’ back into ‘super hero,’ and the ‘amazing’ back into ‘Spider-Man!’ Also returning: The recharged and reenergized ELECTRO!
Vol 4: December 2015
THE WORLD’S GREATEST SUPER HERO! Spider-Man has gone global! Parker Industries is more successful than ever, with offices in New York, Shanghai, London and San Francisco and Peter Parker is racking up the frequent flyer miles with his “bodyguard” Spider-Man in tow, of course. But success breeds enemies and a reinvigorated Zodiac have also widened their scope to threaten the whole world. Join Dan Slott and Giuseppe Camuncoli as they take Spider-Man to the next level! This huge first issue also includes stories featuring Silk, Spidey 2099, Spider-Woman and much more!
Vol 5: July 11 2018
An alien invasion hits New York City and the only one who can stop it is…Spider-Man?! And if even that’s not enough, you’ll see a new roommate, new love interests – and a new villain! Spider-Man goes back to basics courtesy of Nick Spencer (SECRET EMPIRE, SUPERIOR FOES OF SPIDER-MAN) and the Marvel debut of RYAN OTTLEY (Invincible)!
Vol 6: April 27, 2022
WHAT DID SPIDER-MAN DO?!
Peter’s on the outs with the FF. He’s on the outs with the Avengers. He’s on the outs with Aunt May! No one wants to see Spider-Man—except for Doctor Octopus. Ock’s on Spider-Man’s tail and the Master Planner has something truly terrible planned for when he gets his tentacles on Spidey. All that, and what does Tombstone have planned? Just in time for Spider-Man’s 60th Anniversary, a new volume of AMAZING SPIDER-MAN begins, and 2022 is going to be the biggest year for Spider-Man EVER! Don’t believe us? We brought John Romita Jr. back JUST FOR THIS!