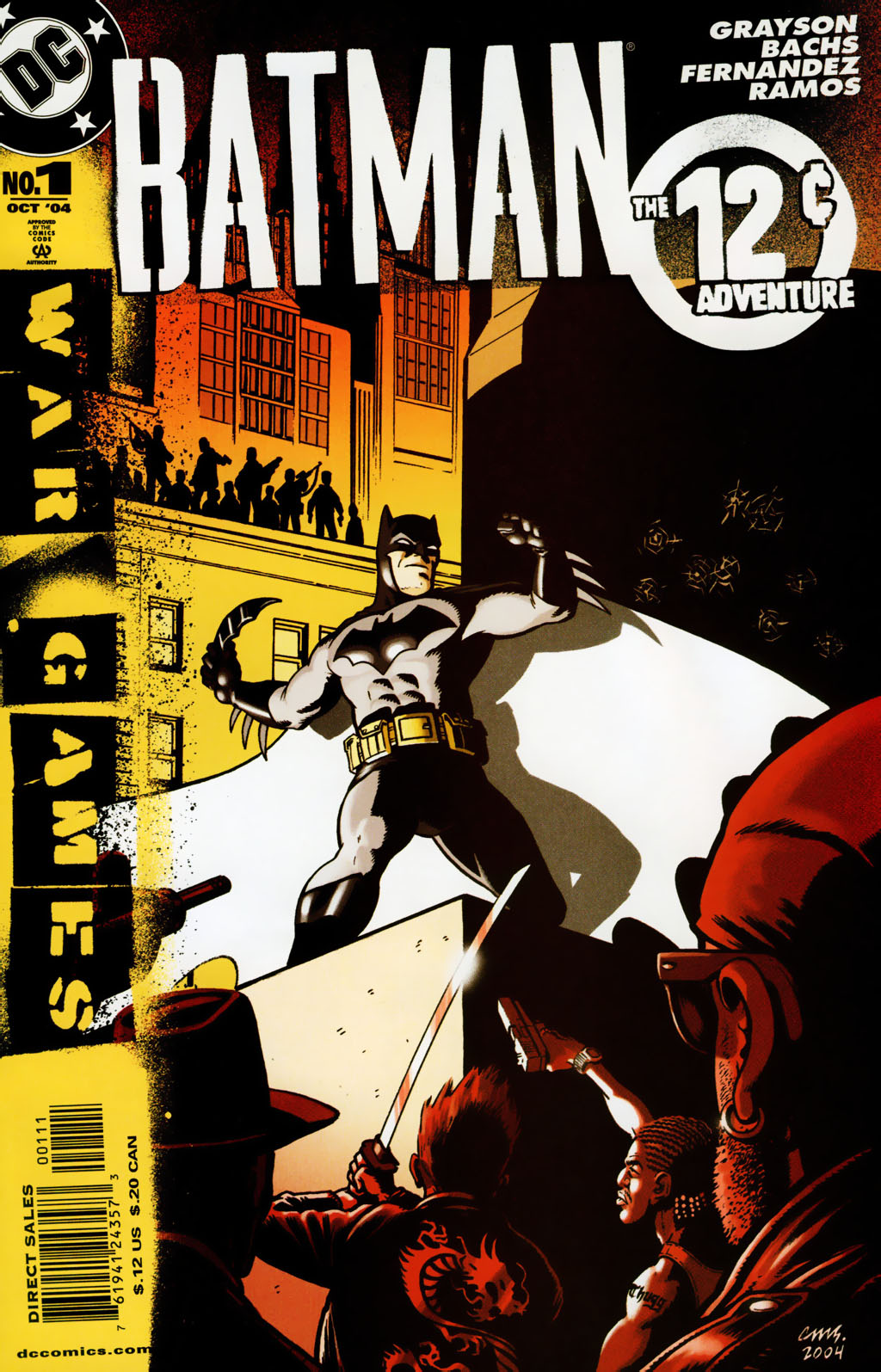 Vol 1: 2005
The opening act of 2004’s hit crossover starring Gotham City’s heroes can be found in BATMAN: WAR GAMES ACT ONE featuring an all-new cover by Eisner Award-winning artist James Jean. A clash between Gotham’s underworld families erupts into a wave of chaos that engulfs the city. Batman must use every available asset – Oracle, Batgirl, Nightwing, Orpheus, Onyx and Tarantula – to preserve life and contain the chaos!
Vol 2: 2015 – 2016
Tensions escalate and war comes to Gotham City when Batman is drawn into a skirmish between rival gangs. As Gotham’s biggest gang battle ignites, Batman must call on all his available allies-Oracle, Batgirl, Nightwing, Orpheus, Onyx and Tarantula-to preserve life and contain the chaos while trying to determine who started this outbreak of violence. Plus, Tim Drake must abandon his role as Robin and Batman gets an unexpected (and unwelcome) replacement in the form of Spoiler.
BATMAN: WAR GAMES BOOK ONE collects for the first time the complete War Games saga that changed the criminal underworld of Gotham City forever!