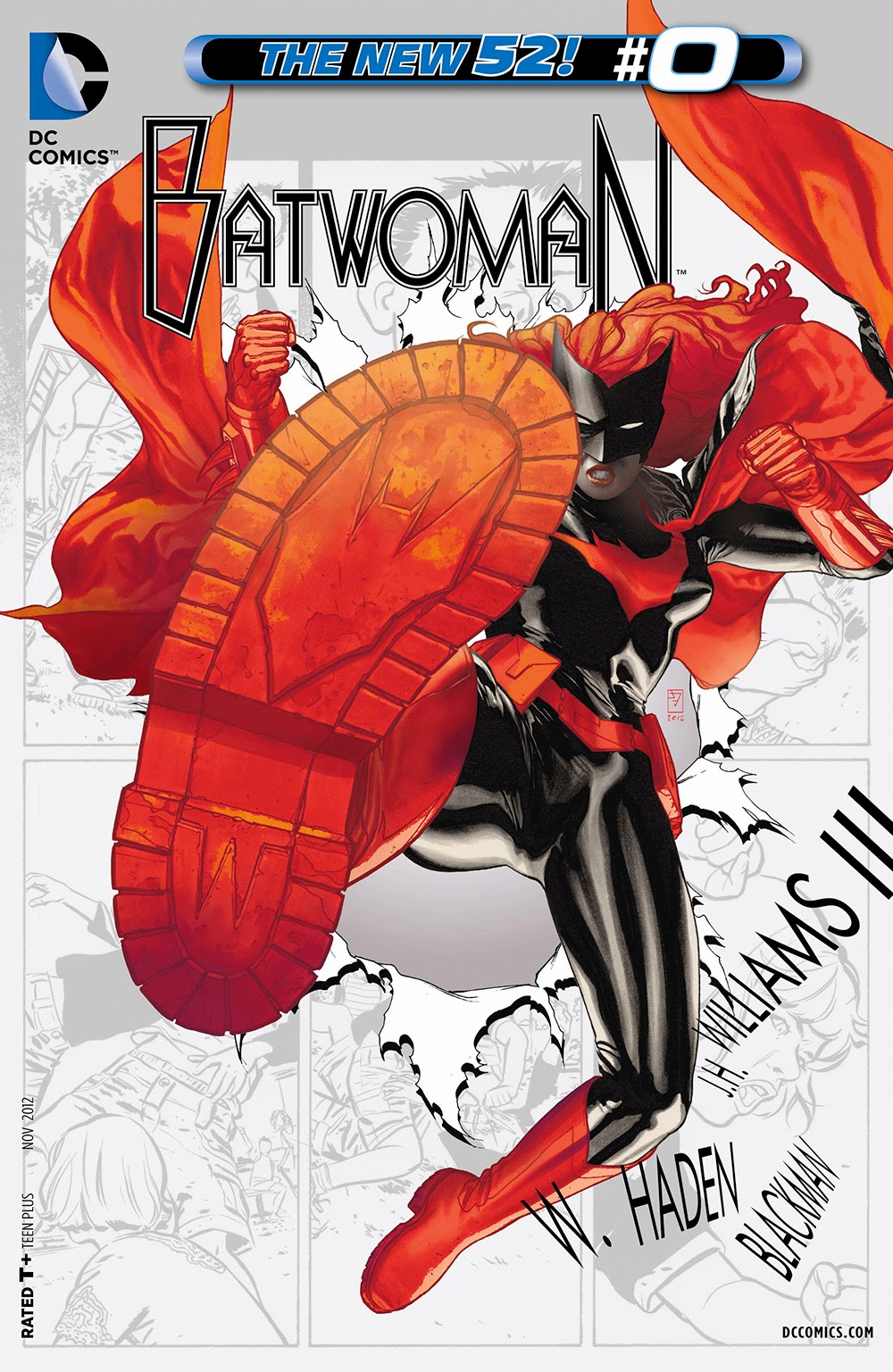 Vol 1: January, 2011
Batwoman #0 is a one-shot with a cover date of January, 2011.
Vol 2: January 2011 – June 2015
Batwoman is a vigilante in Gotham City who acts as female counterpart to Batman. The Golden Age version was crime-fighter Kathy Kane who fought with her side-kick Batgirl and romantically pursued Batman. In the modern era her legacy is taken up by the army brat Kate Kane, a lesbian expelled from West Point. Like her Golden Age counterpart, Kate Kane’s Batwoman is a wealthy socialite and has a sidekick; her cousin and former Teen Titan Flamebird. She has been involved with the Batman Family, Batman Incorporated, the Female Furies and Spyder
Vol 3: May 2017
The newest chapter of Batwoman’s life begins here! Monster Venom is the hottest new bioweapon on the market…and to break up the syndicate spreading it around the world, Batwoman’s going to have to return to the place where she spent some of her darkest hours!