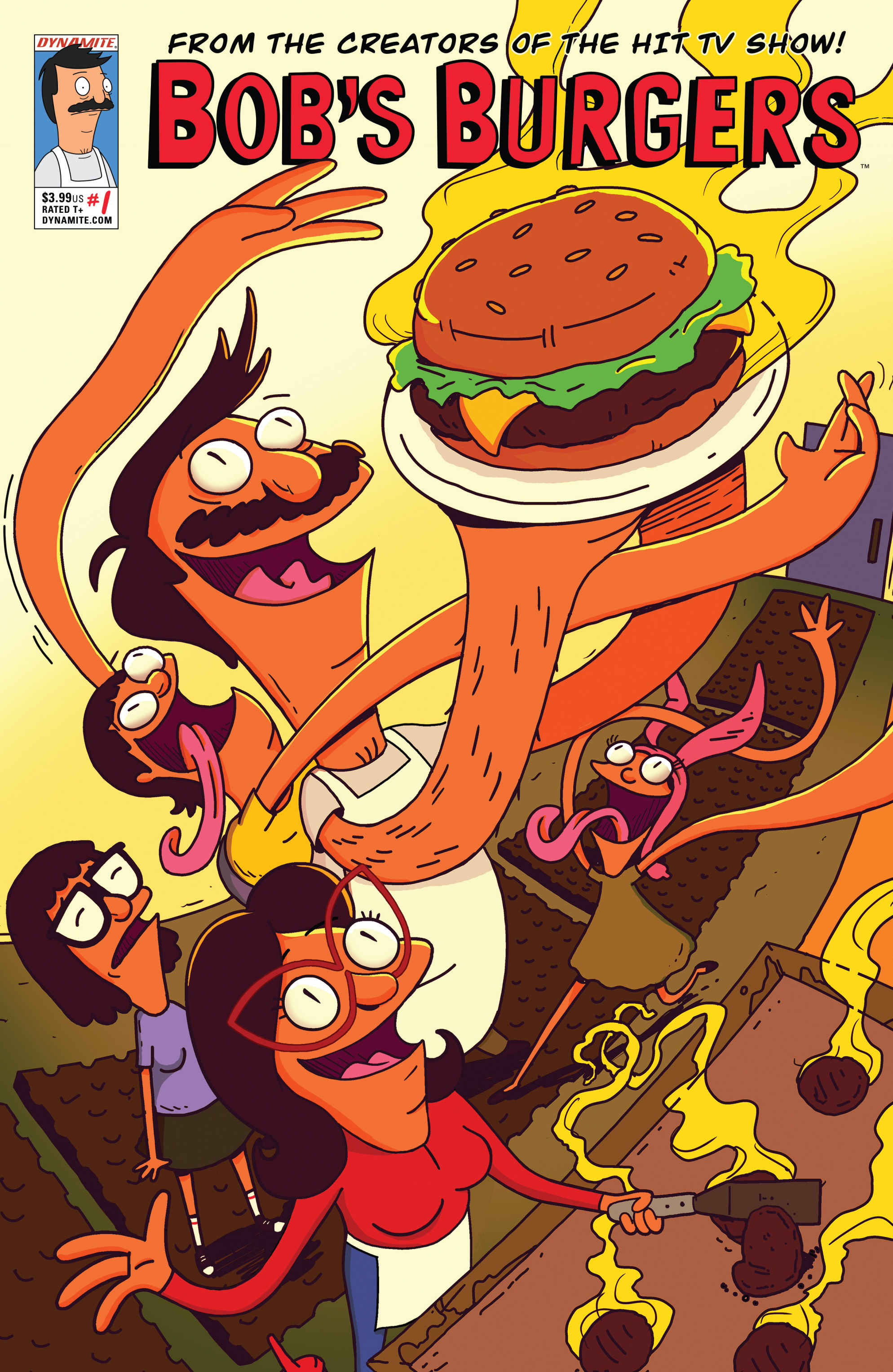 Vol 1: August 2014 – December 2014
All right! The hit animated TV show is now serving up comedy to-go in this comic book created by show creator Loren Bouchard! Now you can read about the Belcher family (parents Bob and Linda, and their children Tina, Gene and Louise) in brand-new in-canon stories created by the TV show’s producers, writers and animators creating all original stories appearing exclusively in this comics series. Each comic includes hilarious installments of: ‘Louise’s Unsolved Mysteries,’ ‘Tina’s Erotic Friend Fiction,’ ‘A Gene Belcher Original Musical,’ ‘Letters Written by Linda’ and ‘Bob’s Burgers of the Day.’ Bob’s Burgers is an American animated sitcom that airs on Fox television with other hits such as The Simpsons and Family Guy!
Vol 2: July 2015
Bob’s Burgers is back for more! Join the Belcher family for the second-ever series of the Bob’s Burgers comic book! Brought to you by the producers and animators of the hit TV show, this series brings back your three favorite Belcher kids, along with some brand-new stories from the minds of Bob and Linda. Each comic includes new installments of Tina’s Erotic Friend Fiction, Louise’s Unsolved Mysteries and Curious Curiosities, Gene’s Rhymey Rhymes That Could Someday Be Songs, Linda’s Attempts to Take a Nice Family Picture in Front of the Restaurant (And How It Always Goes Wrong), and Bob’s Fantasy Food Trucks (If Money Were No Object).