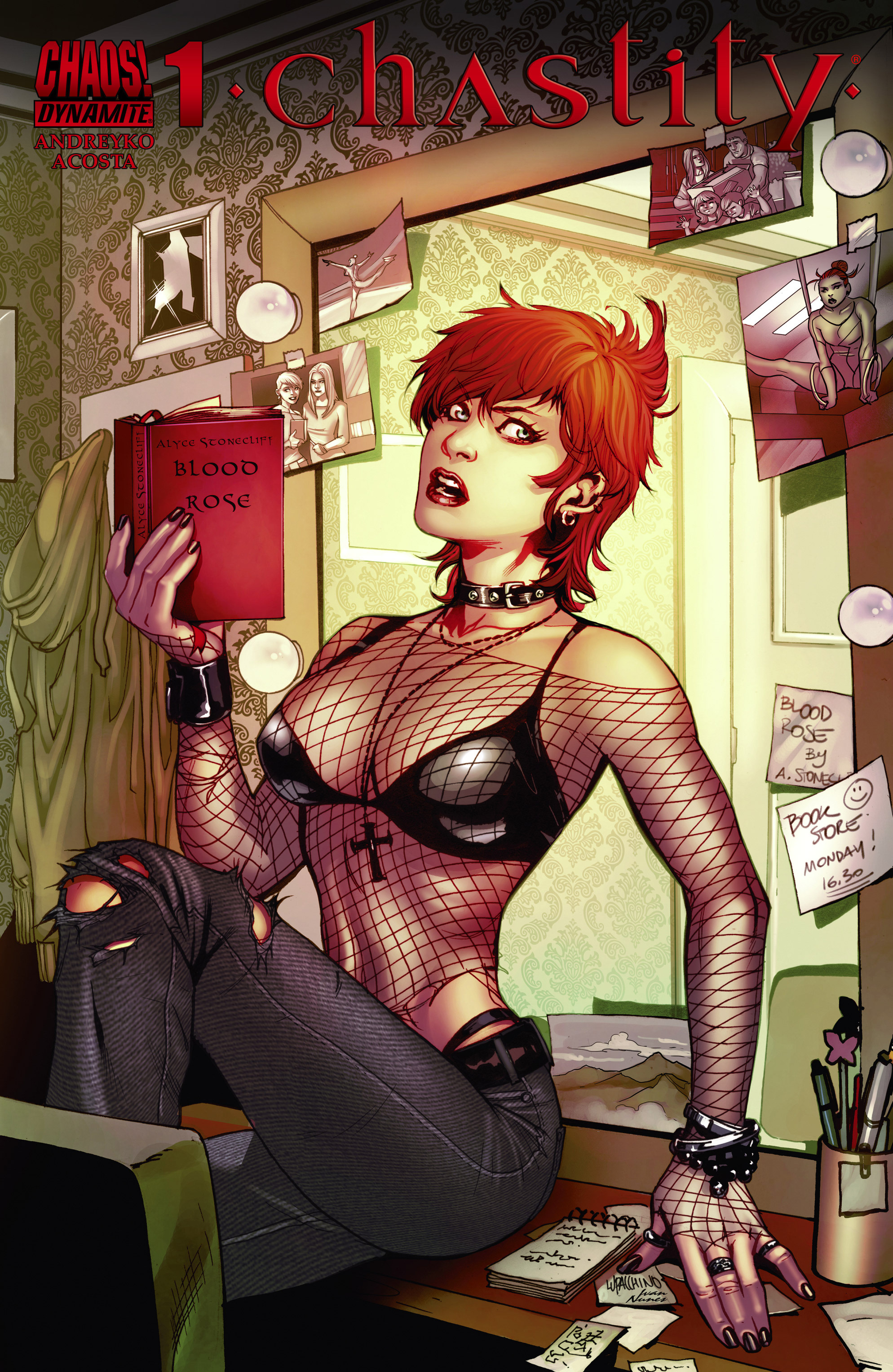 Vol 1: July 2014 – December 2014
Chastity, the classic Chaos! Comics character, returns… reimagined and ready for blood! After a career-ending injury shatters her Olympic dreams, seventeen year-old Chastity Marks finds an escape in Alyce Stonecliff’s popular series of vampire novels. Little does she know, however, that the books conceal a secret underworld of blood, agony, and death… one that she will be dragged into, kicking and screaming! Falling victim to the author’s seductive charm, drawing the attention of the enigmatic Council, and discovering a tragedy at her own doorstep, will Chastity survive the coming darkness? And even if she does, will she remain human, become a vampire, or evolve into something new and even more fearsome?
Vol 2: September 11 2019
Chastity Jack has been kidnapped, to the great misfortune of her kidnappers. She, along with a dozen other young women, arrive at an audition for a prestigious New York City burlesque act hoping to land a coveted spot in the popular show. When they wake up in chains on a spooky cruise ship in the middle of nowhere, they’re congratulated on joining the cast. Realizing they’ve been drugged and kidnapped by human traffickers, Chastity Jack declines the offer. Grindhouse-style.