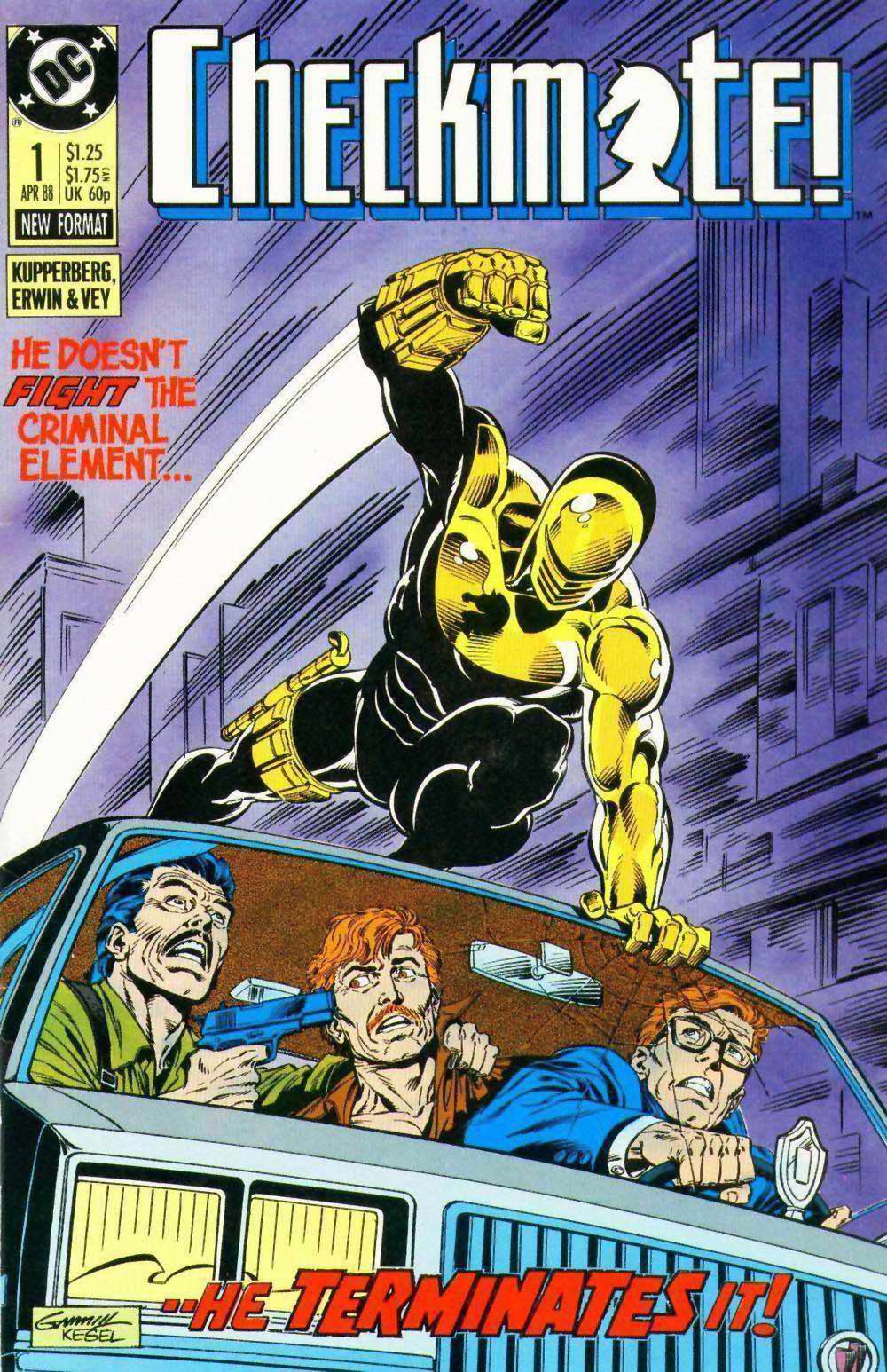 Vol 1: February 1998 – November 1998
Originally a spin-off from the Vigilante series, Checkmate featured the exploits of a super-secret government organization. The Checkmate operatives were known as knights, mortal men, super spies with high tech body suits and gear. First appearance was in Action Comics #598.
Vol 2: June 2006 – December 2008
Checkmate holds the line. Cross it — and they’ll take you off the board. Permanently.
In this thrilling new ongoing series, the team behind the blockbuster OMAC PROJECT — writer Greg Rucka and artist Jesus Saiz — returns with a different spy agency for a different world. Infinite Crisis has changed the DCU, and Checkmate has shaped its hard-learned lessons into a new game plan.
In Checkmate, it’s all about the balance of power. Between Black and White; between human and metahuman; and between the familiar faces who have become its new Kings and Queens. It’s also about the propaganda wars, black ops combat, and political manuevering that fuel Checkmate’s critical missions — missions that take a grueling toll on the agents’ day-to-day lives.
First, however, they must prove their right to exist — to the U.N. And they only have hours to do it in this breathtaking first issue!
Vol 3: June 22 2021
From the award-winning creative team behind last year’s Event Leviathan comes the next surprising chapter in DC Comics’ deadliest saga.
Leviathan has agents and acolytes all over the world-but what is the secret behind its power? The planet’s last, best hope to infiltrate Leviathan may be this motley collection of spymasters, now teamed up to try to take back the world that was stolen from under us all! Green Arrow, the Question, Talia al Ghul and other unlikely allies converge to tackle Leviathan as members of the new Checkmate-but who is the surprise hero behind this team? Big clues to the future of the DC Universe start here!