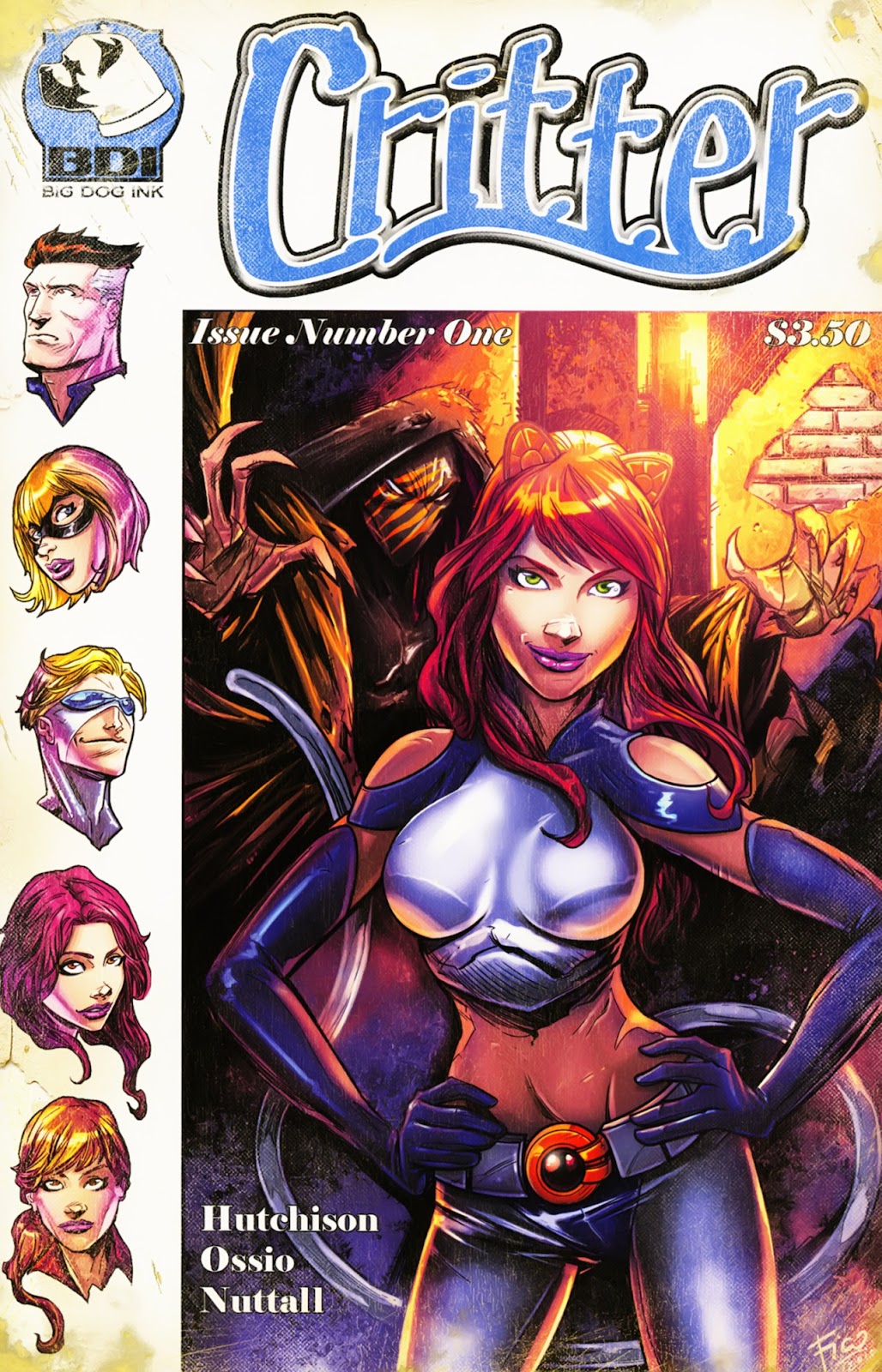 Vol 1: July 2011 – September 2011
The newest re-mastered debut from Aspen’s Big Dog Ink imprint has arrived! As a young girl, Cassia grew up as a tomboy who learned karate, ran track and took gymnastics. One day when a little girl is kidnapped for ransom, she finds out that she might have what it takes to be a superhero. But, little does she know that being a hero was always in her blood! Featuring re-mastered content, an exclusive behind-the-scenes look at Critter, creator commentary and more! Don’t miss out on the second of Aspen’s all new BDI launch titles with the premiere of CRITTER #1!
Vol 2: June 2012 – April 2014
Critter now prowls the streets of Los Angeles with her new pals, Purrfection. A new team, a new school, and a new city to explore will keep Critter on her toes, but she is still being watched closely by Paradox, the man from the future. Are his intentions really as they seem, or is his guidance of the heroes and villains of the present just a cover for an unknown agenda?
Note: Marilyn Monroe and Charlie Chaplin only appear on the cover (as does a likeness of Superman).