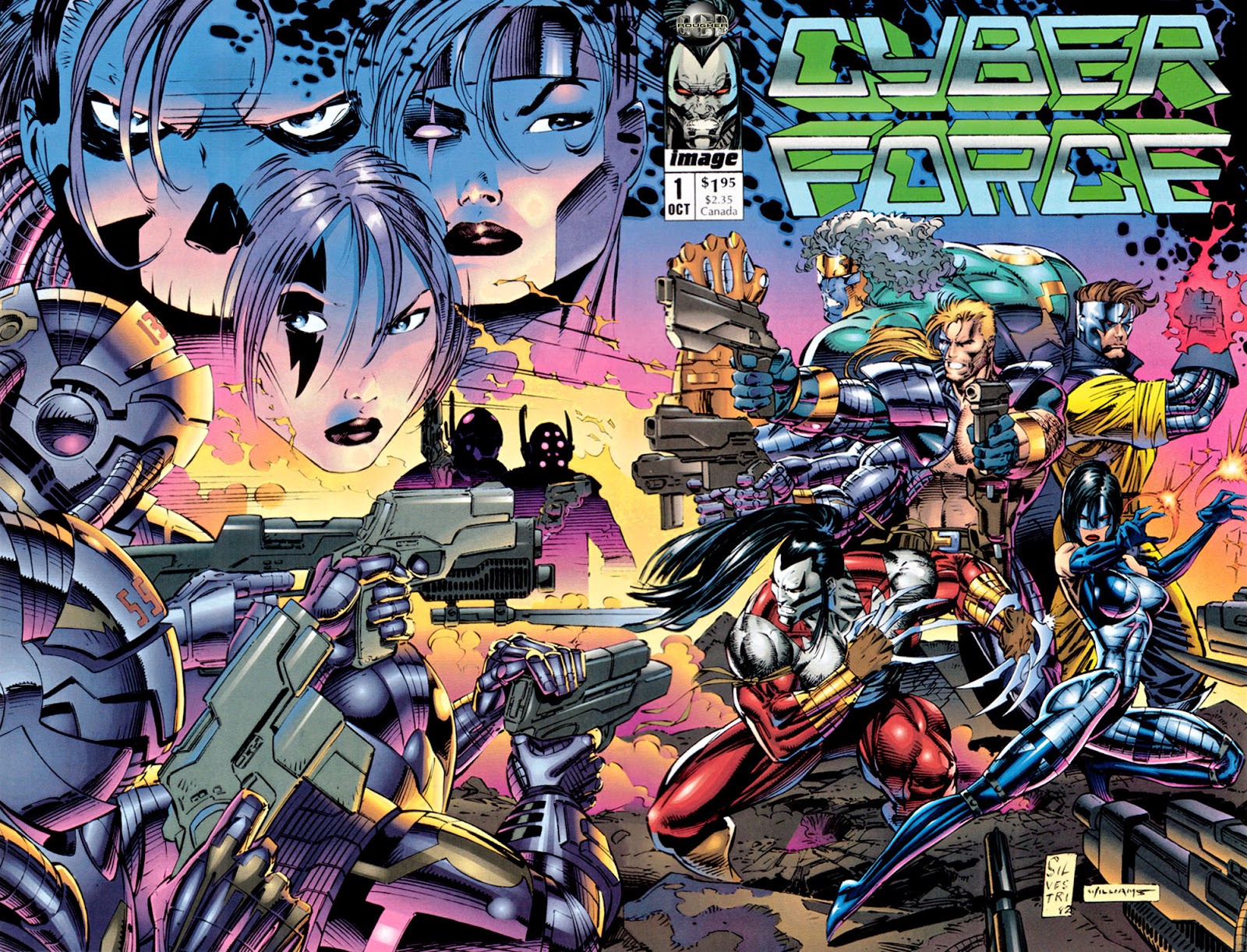 Vol 1: October 1992 – September 1993
It’s 2:24 A.M., A New Moon. Cyberforce (Ripclaw, Cyblade, Impact, Heatwave and Stryker) battles a group of S.H.O.C. (Special Hazardous Operation Cyborgs) troops (Buzzcut, Psychotron, Killjoy, Megawatt and Ace of Blades) from Cyberdata at the Advanced Tactical Weapons Research and Development Facility of the American International Dynamic Corporation. When the SHOC troops flee, they leave behind one of their members, Ace of Blades which got knocked out by Impact. Stryker retrieves Ace of Blades and Doctor Corben extracts the implant in his brain that Cyberdata uses to control their agents. Stryker then recounts his history with Cyberdata and how is it he was able to leave their possession with the help of Stormwatch. After he leaves, thinking that Ace of Blades has the right idea of getting out of this profession, Ace of Blades loses his life in an explosion.
Vol 2: November 1993 – September 1997
Ripclaw is confronted with nightmares of Warblade attacking him and puts him on a road dispair. Velocity then is approached by Ripclaw in a training session and the demons which are haunting him are manifested in anger. Ripclaw takes his frustrations out on Velocity and before it goes any further Heatwave intervenes.
Vol 3: April 2006 – October 2006
Until now, this story was only available in the Image Anniversary Hardcover. Now you can see the prequel to the current Cyberforce story arc for yourself! The origins of the entire Cyberforce universe are revealed here….. Marc Silvestri and David Wohl prove themselves a formidable team once again!
Vol 4: October 2012
Top Cow founder MARC SILVESTRI (THE DARKNESS, Incredible Hulk) returns to his first Image series as co-writer, art director and cover artist! Co-writer MATT HAWKINS (THINK TANK, LADY PENDRAGON) and artist KHOI PHAM (Mighty Avengers, Daredevil) join SILVESTRI to bring you a contemporary re-imagining rooted in cutting edge, real world technology. Carin Taylor, codenamed Velocity, has escaped from the CDI controlled Millennium City and is desperately trying to find the one man she believes can help her prevent the end of the world. When she runs a group of other CDI escapees, will they help her or turn their backs?