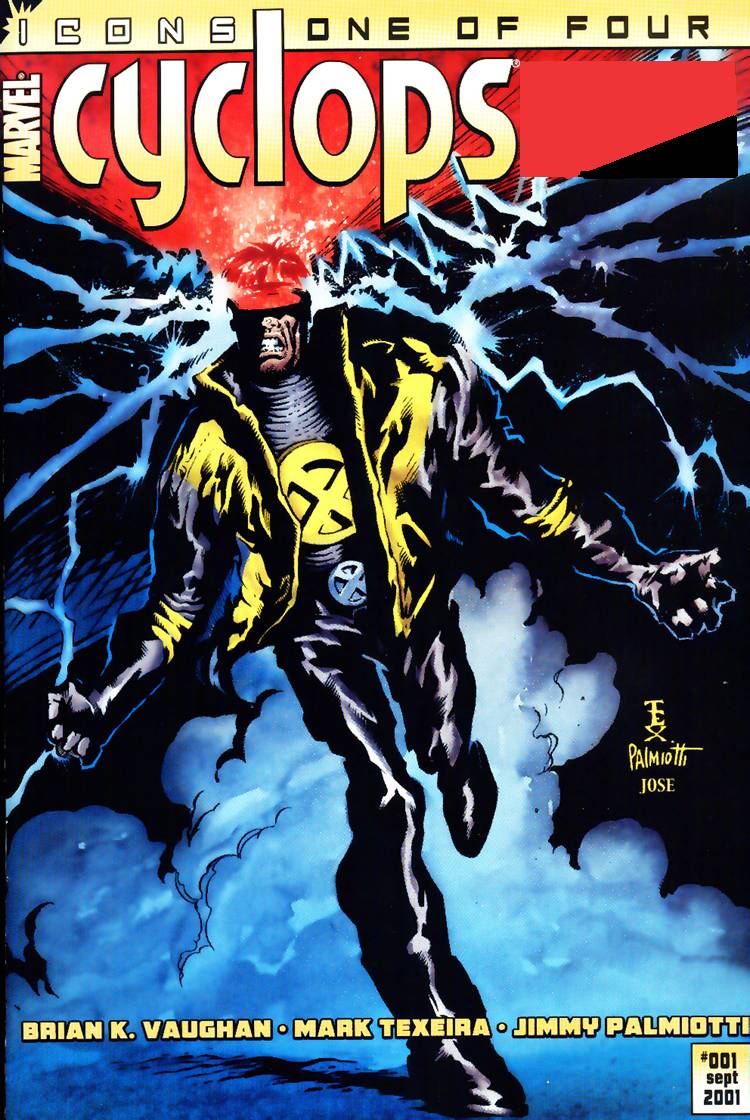 Vol 1: September 2001 – December 2001
The X-Men’s leader is on his own! The mutant named Scott Summers heads to the Great White North, but what villains wait for him in the snowy lands of Canada? And who is their mysterious benefactor who will stop at nothing to ensure Cyclops’ demise? The leader of the X-Men has gone solo, but can he survive on his own? Find out in the first issue of this all-new four-part adventure! Writer Brian K. Vaughan (Batman, Swamp Thing) lends his talents to one of Marvel’s mightiest mutants. And with the art of Mark Texeira (SABRETOOTH), this one’s a sureshot! “My girlfriend has never read an X-Men comic, but she did see and enjoy the movie,” said Vaughan. “I want this story to appeal to her, and the millions of other new fans who liked the film or own the DVD, without alienating the die-hard readers who will undoubtedly love Grant Morrison’s and Joe Casey’s take on Scott. It’s a globetrotting adventure that asks, ‘When you take away Cyclops’ friends, family, and most importantly, his team… what’s left?’ Hopefully, the answer will surprise readers.”
Vol 2: March 2011
Scott Summers: team leader of the X-Men, always helping people in need. Also: Never happy! Maybe a visit from Batroc The Leaper & the Circus of Crime can shed some light on what makes Cyclops tick!
Vol 3: May 2014
Cyclops just discovered that the father he thought died long ago is alive and well and A SPACE PIRATE. Spinning directly out of ALL-NEW X-MEN, comes the first ongoing solo series for one of the time-traveling Original X-Men. After the events of ‘Trial of Jean Grey’, Scott Summers stays in space to learn some valuable lessons from his dad: 1) How to shave, 2) How to talk to girls, 3) How to steal a Badoon space-ship.