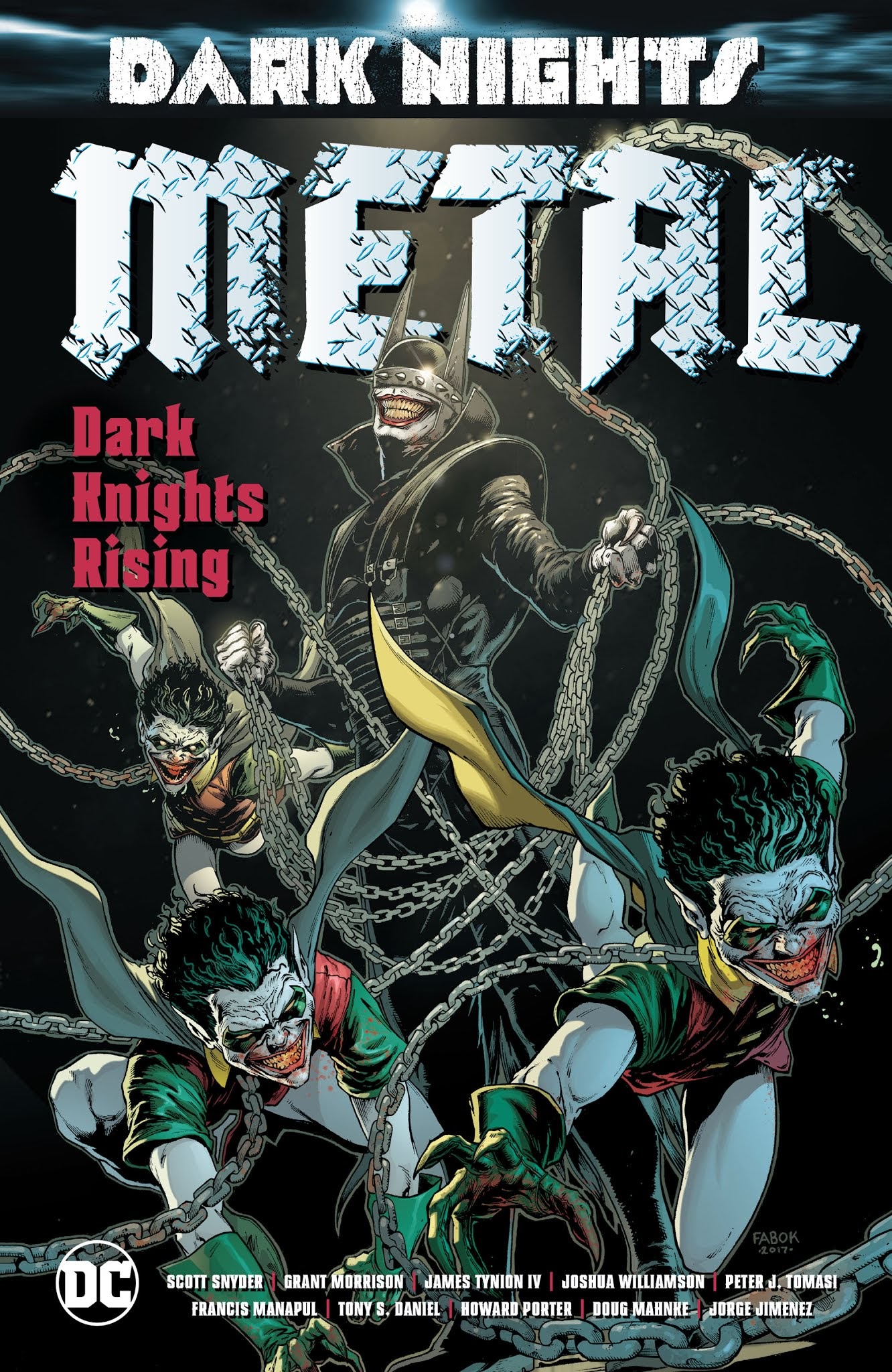 Vol 1: June 2018
Seven nightmarish versions of Batman from seven dying alternate realities have been recruited by the dark god Barbatos to terrorize the World’s Greatest Heroes in our universe. They threaten life across the Multiverse, and the Justice League may be powerless to stop them!
We introduce you to:
The Batman Who Laughs: a lunatic driven mad by his world’s Joker.
The Red Death: a thief who stole his reality’s Speed Force power.
The Drowned: a female, amphibious Batman.
The Dawnbreaker: a twisted Green Lantern.
The Murder Machine: a deranged, deadly cyborg.
The Merciless: a warrior who wears the helmet of Ares.
The Devastator: a part-human, part-Doomsday monster.