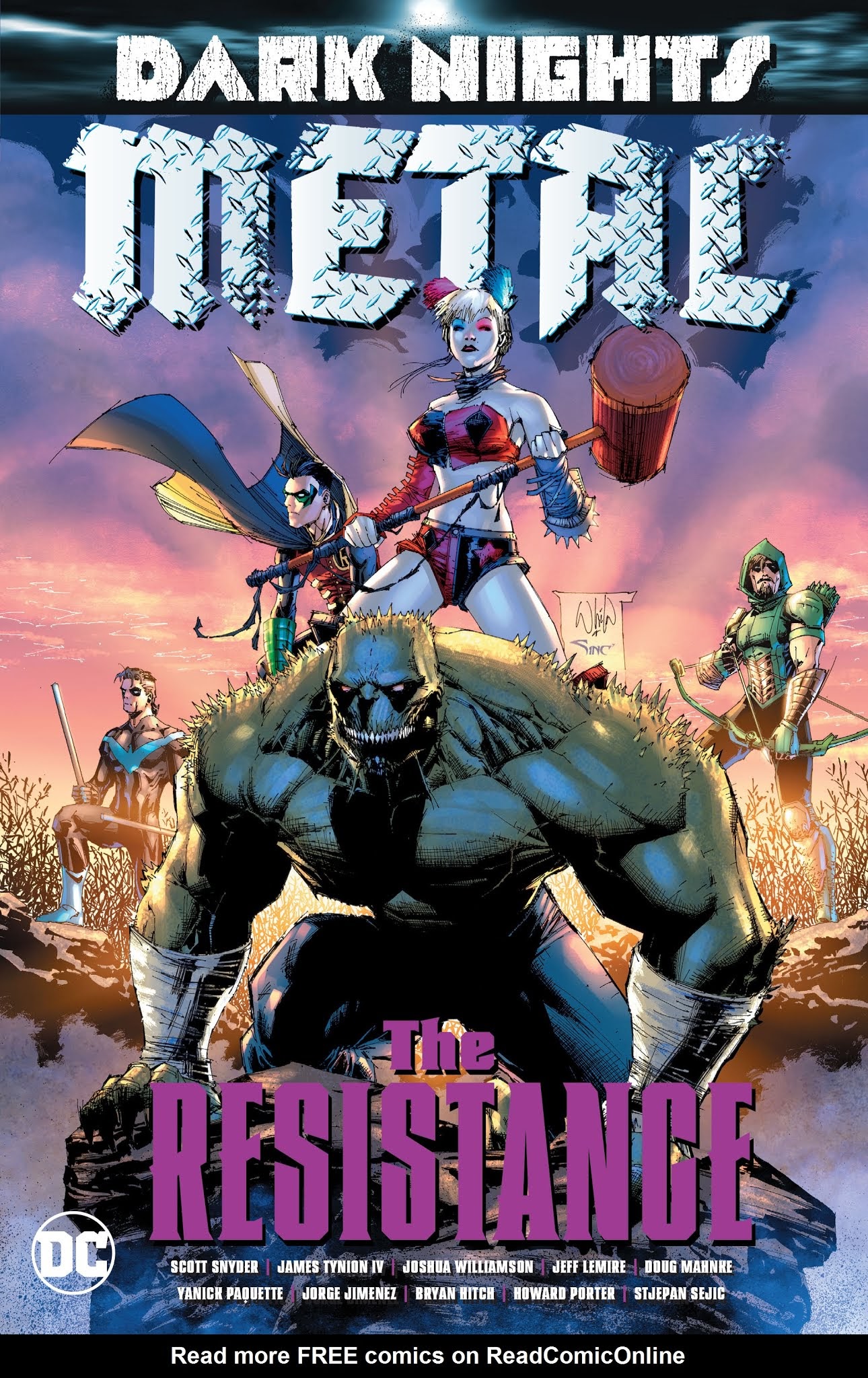 Vol 1: June 2018
The alternate, twisted versions of Batman—the Seven Dark Knights of the Dark Multiverse—are hunting the Justice League as the Leaguers attempt to locate artifacts that might protect Earth. One by one, Flash and Steel, Wonder Woman and Doctor Fate, Green Lantern and Mister Terrific, Aquaman and Deathstroke must face the Nightmare Batmen.
Elsewhere, Dick Grayson issues an S.O.S., summoning Robin, Batgirl, Harley Quinn, Killer Croc, Black Canary and Green Arrow to prevent the transformation and terraforming of Gotham City into a twisted mosaic of monsters, magic and doom. When they are trapped in a Riddler-designed maze, all hope may be lost.
And where is Batman during all this? He’s trapped in his own private nightmare, reliving portions of his life while confronting Barbatos, the leader of the evil Batmen and the demon that has haunted his dreams…