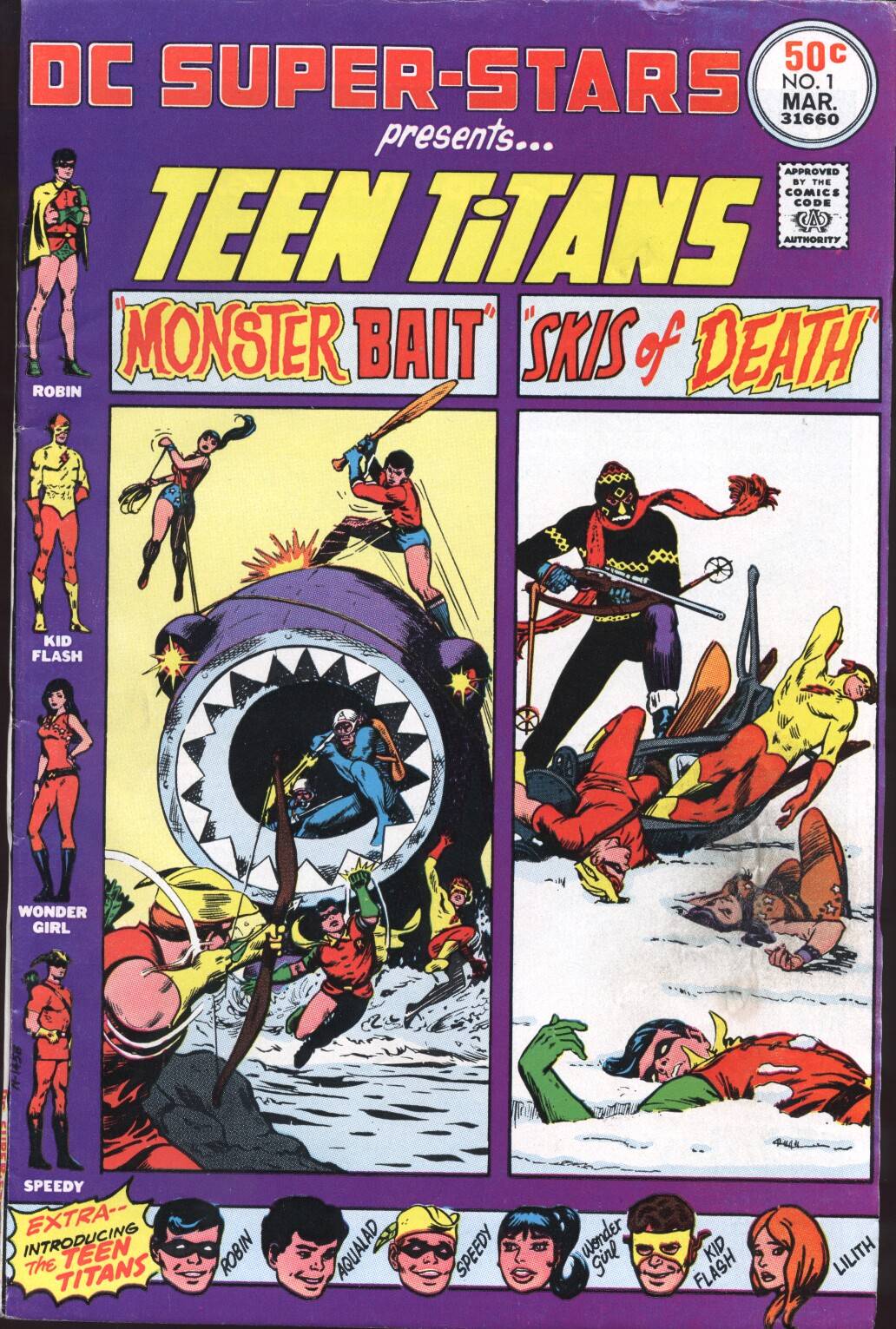 The series’ middle period was marked by theme issues — Aquaman, heroes with guns, sports, magic-users — until issue #12, which heralded the title’s second original story, featuring Superboy. From that point until DC Super Stars was cancelled after issue #18, the series contained new stories about a range of different characters (some being showcased for their own titles), as well as a collection of “secret origin” stories. The Bronze Age Huntress made her first appearance in DC Super Stars #17 (November/December 1977) in a story written by Paul Levitz and drawn by Joe Staton and Bob Layton.