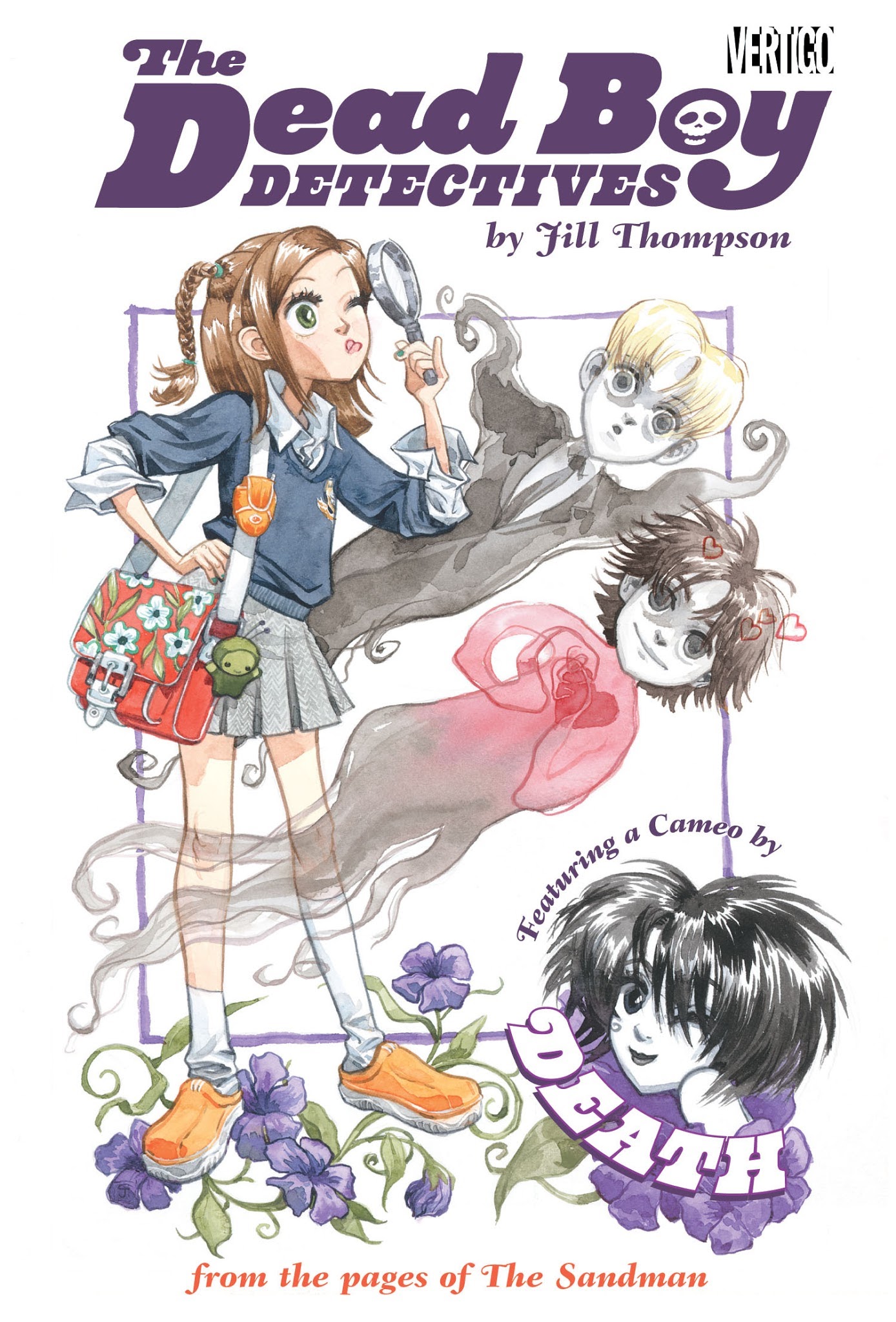 Vol 1: 2005
Neil Gaiman’s inimitable sleuths from THE SANDMAN: SEASON OF MISTS star in their own Manga Digest.THE DEAD BOY DETECTIVES, guest-starring Death of the Endless, is brought to life by award-winning artist Jill Thompson (THE SANDMAN: BRIEF LIVES, Scary Godmother). Based on the overwhelming success of her first Manga Digest, DEATH: AT DEATH’S DOOR, Thompson has crafted an amazing original mystery that will appeal to both SANDMAN fans and shojou Manga enthusiasts.
Charles Rowland and Edwin Paine, the dead British teenagers who are always on the run from Death, travel stateside to solve a missing persons case. Our intrepid heroes have been contacted by young Annika Abernathy, a student at a posh International Academy in Chicago. It seems that Annika’s best friend has vanished. For Rowland and Paine to investigate the case properly, they decide to enroll as students at the school. And since it’s an all-girls academy, the duo is forced to go undercover – in drag.
Secret passages, food fights, and far too many fashionistas abound as the Dead Boy Detectives solve the case and learn a lot about life from the precocious daughters of international ambassadors and famous rock stars.
Vol 2: February 2014 – February 2015
The dead boys head back to St. Hilarion’s, where bullying headmasters continue to rule the school. But when they investigate the lingering mysteries of their own deaths, they meet a young girl named Crystal whose tech skills and strange link to the undead earn her a place as a new detective.