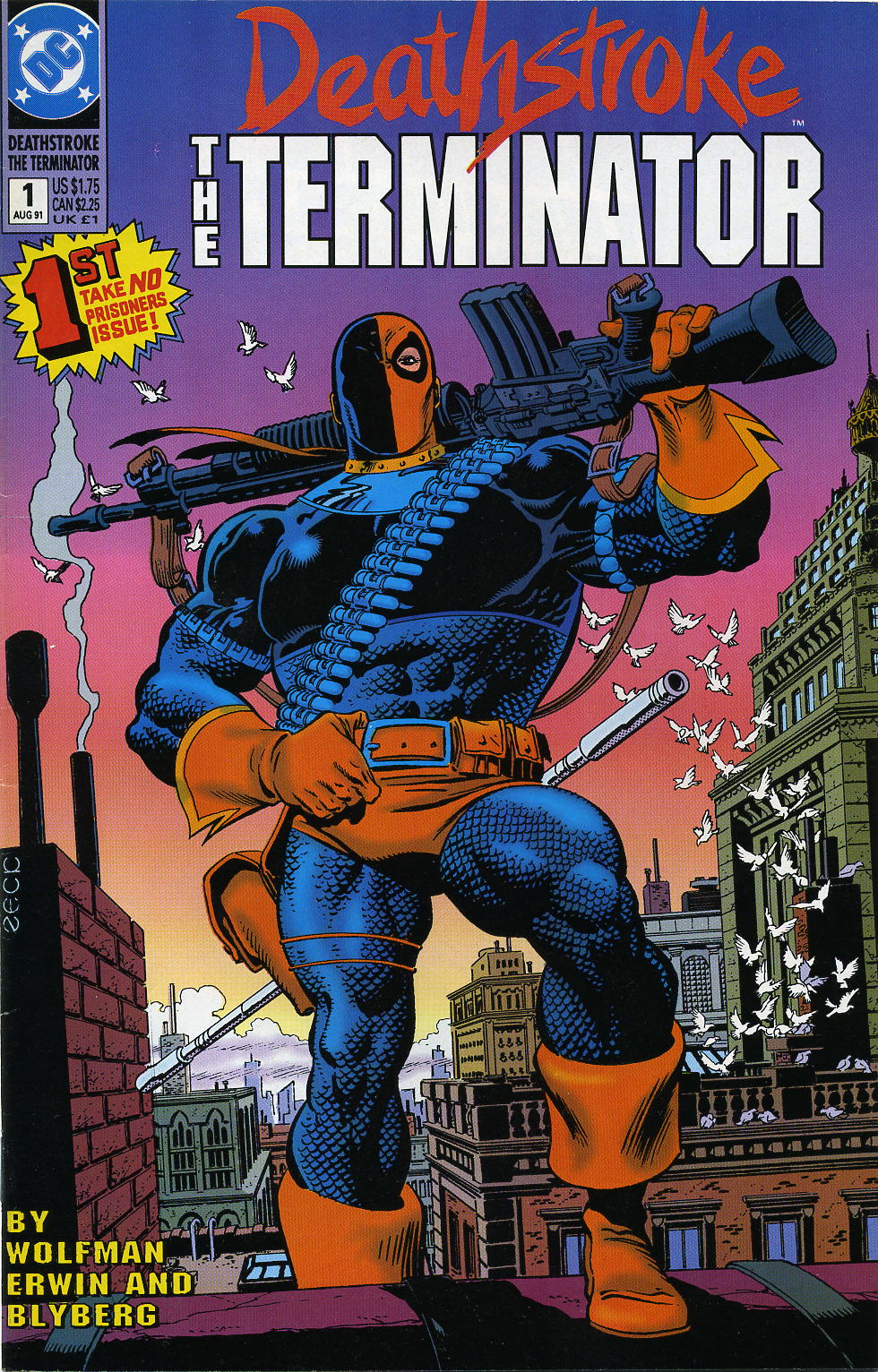 Vol 1: August 1991 – June 1996
A Zero Month crossover issue. Deathstroke visits the home of his ex-lover, Sweet Lili, in New York City. Sweet Lili called Deathstroke in when one of her ladies and a “john” was attacked by a heavily-armed mercenary. The woman identifies the dead john as Senator Williams, but Senator Williams is on TV supporting anti -Zandia sentiment. Deathstroke investigates, but is captured by agents of the US Government. Evidently, Deathstroke has been framed for an assassination attempt at the president. While being interrogated, Deathstroke is broke out of jail by Vigilante. Deathstroke is now being hunted by Checkmate, the US Army, agents of theCrimelord of Zandia, Adeline Kane, and a mysterious foe who is targeting Deathstroke’s allies.
Vol 2: November 2011 – July 2013
Deathstroke is the world’s greatest assassin/mercenary and an enemy of the Teen Titans. Originally a soldier in the U.S. Army, he was part of an experimental super-soldier project where he gained enhanced strength, agility and intelligence. His vendetta against the Titans began when he swore revenge for the death of his oldest son Grant; his other two children would go on to become Titans members as Jericho and Ravager. Traditionally his actions have been limited by a strong personal code of honor, although his motives became more villainous following the death of his wife Adeline Kane. Through this time his only steady companion is his loyal manservant Major Wintergreen. He has been a member of Checkmate, H.I.V.E., the Injustice League, the Secret Society of Super-Villains, the Titans and Titans East.
Vol 3: December 2014
The DCU’s deadliest assassin stars in his own ongoing series by writer/artist Tony S. Daniel! See him as never before in this explosive new series, with one surprise after another as we see Slade Wilson in the fight of his life!
Vol 4: August 2016
A thousand enemies, a thousand kills—Deathstroke is the world’s greatest assassin. Stalked by an unseen foe, Slade Wilson is confronted by his own troubled past and challenged to reinvent himself before he loses everything and everyone in his life. Can Deathstroke be redeemed? Or will his addiction to violence destroy him?