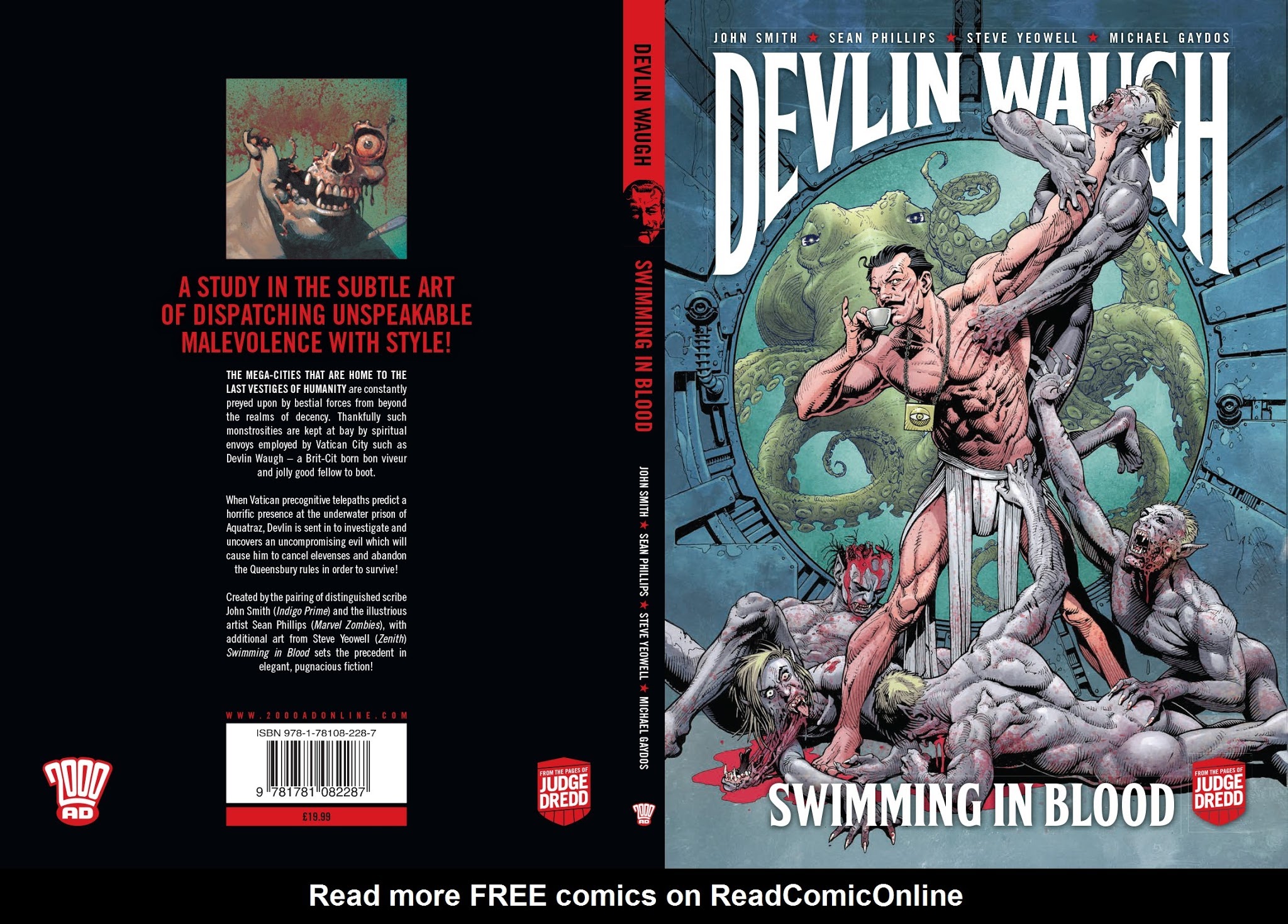 Vol 1: October 2004 – February 2005
Written by John Smith, art by Sean Phillips, Siku and Michael Gaydos, cover by Phillips. 2000 A.D. Created by John Smith and Sean Phillips, Devlin Waugh is the Vatican¹s best freelance supernatural operative: an aesthete, bon vivant, and expert athlete whose verbal barbs are just as vicious as his talent for fisticuffs.
But in this volume, Devlin’s called in to the high-tech underwater prison of Aquatraz to investigate an outbreak of vampirism ­ and he may have bitten off more than he can chew! Also featured are the Judge Dredd crossover stories “Brief Encounter” and “Fetish” (with art by Siku), as well as “A Mouthful of Dust” (illustrated by Alias¹ Michael Gaydos) and the prose stories “A Love Like Blood” and “Body and Soul,” both of which feature Phillips’s illustrations.
This collection also includes an extensive making-of section, featuring excerpts from Smith’s original treatment and script as well as Phillips’ page layouts and sketches.
Collects stories from Judge Dredd: The Megazine vol 2 (1992) issues #1, 5-8.