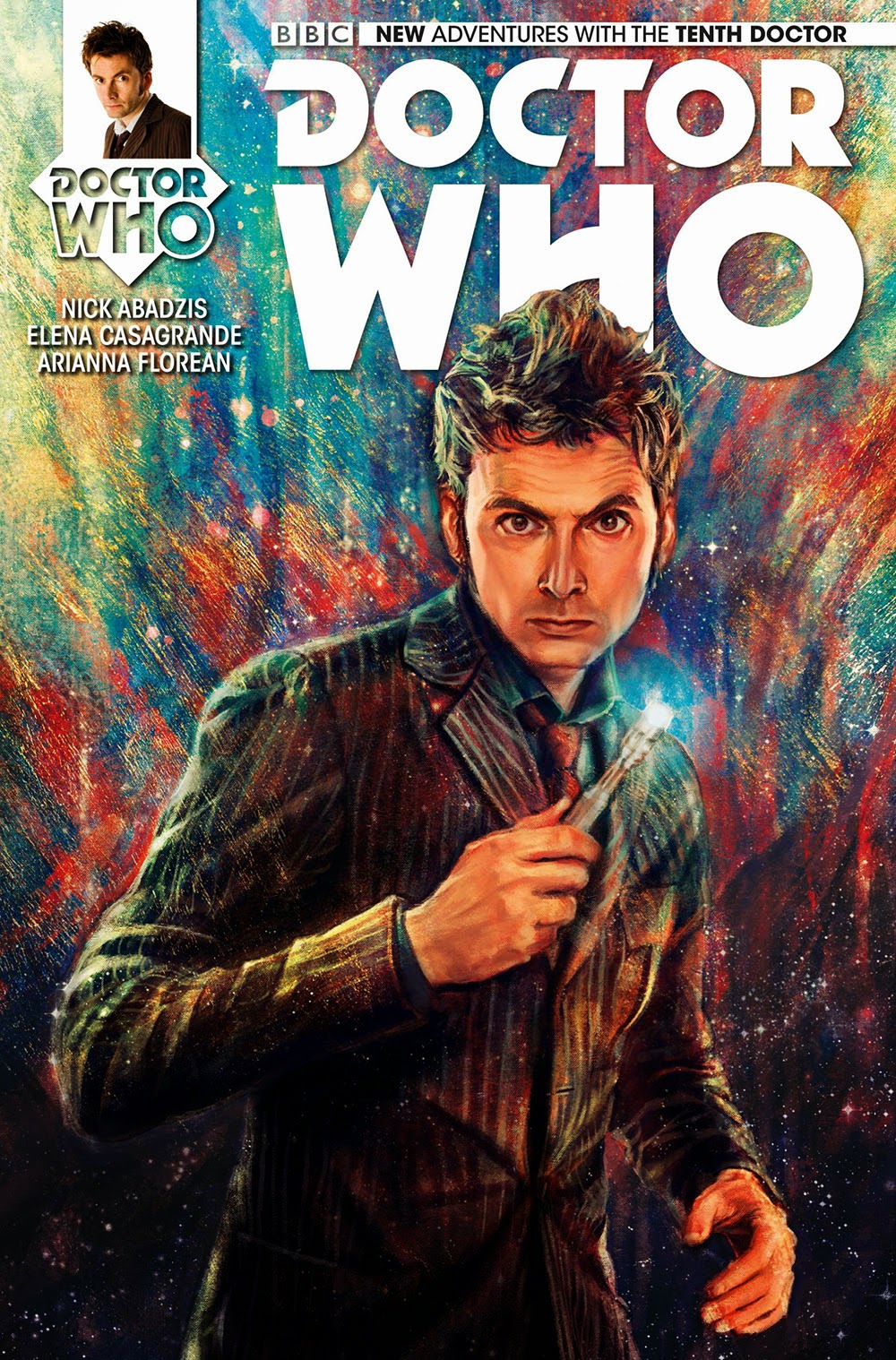 Doctor Who: The Tenth Doctor

Year 1: August 2014
The Eisner Award-winning Nick Abadzis (Laika) and fan-favorite Elena Casagrande (Angel, Suicide Risk, Doctor Who, Star Trek) take control of the TARDIS for their first five-issue arc with the Tenth Doctor, as played by David Tennant!. Gabriella Gonzalez is stuck in a dead-end job in her family’s New York Laundromat, dreaming of college and bigger, better and brighter things. So when a strange man with an even stranger big blue box barges into her life on the eve of the Day of the Dead celebrations – talking about an infestation of psychic aliens – she seizes her chance for adventure with both hands.
Year 2: September 2015
New series! New writing team! New laser-filled, time-mangling, galaxy-sploding dynamic! Accused of a genocidal crime he (probably) didn’t (possibly) commit (oh hell, he totally did it), the Doctor and Alice – along with a unique new companion! – go on the run. But extreme hyperviolence-for-hire is hot on their tail, tracking them wherever and whenever they go. With chainswords! It’s a race to clear our tricksy Time Lord’s name and spare the lives of his friends, with the only answers burnt in the fiery footsteps of the incarnation he can never acknowledge: the War Doctor. Breathless twists abound as the Eleventh Doctor series jumps into a new gear, for a new year!
Year 3: 2017
It’s a brand-new season for the Tenth Doctor and his loyal travelling companions, Gabby Gonzalez and Cindy Wu! Jump on board with a two-part opening story – ‘Breakfast at Tyrannies’ that introduces a whole new terror to test the Doctor and his friends! Plus: a new companion joins the TARDIS – the like of which you’ve never seen!