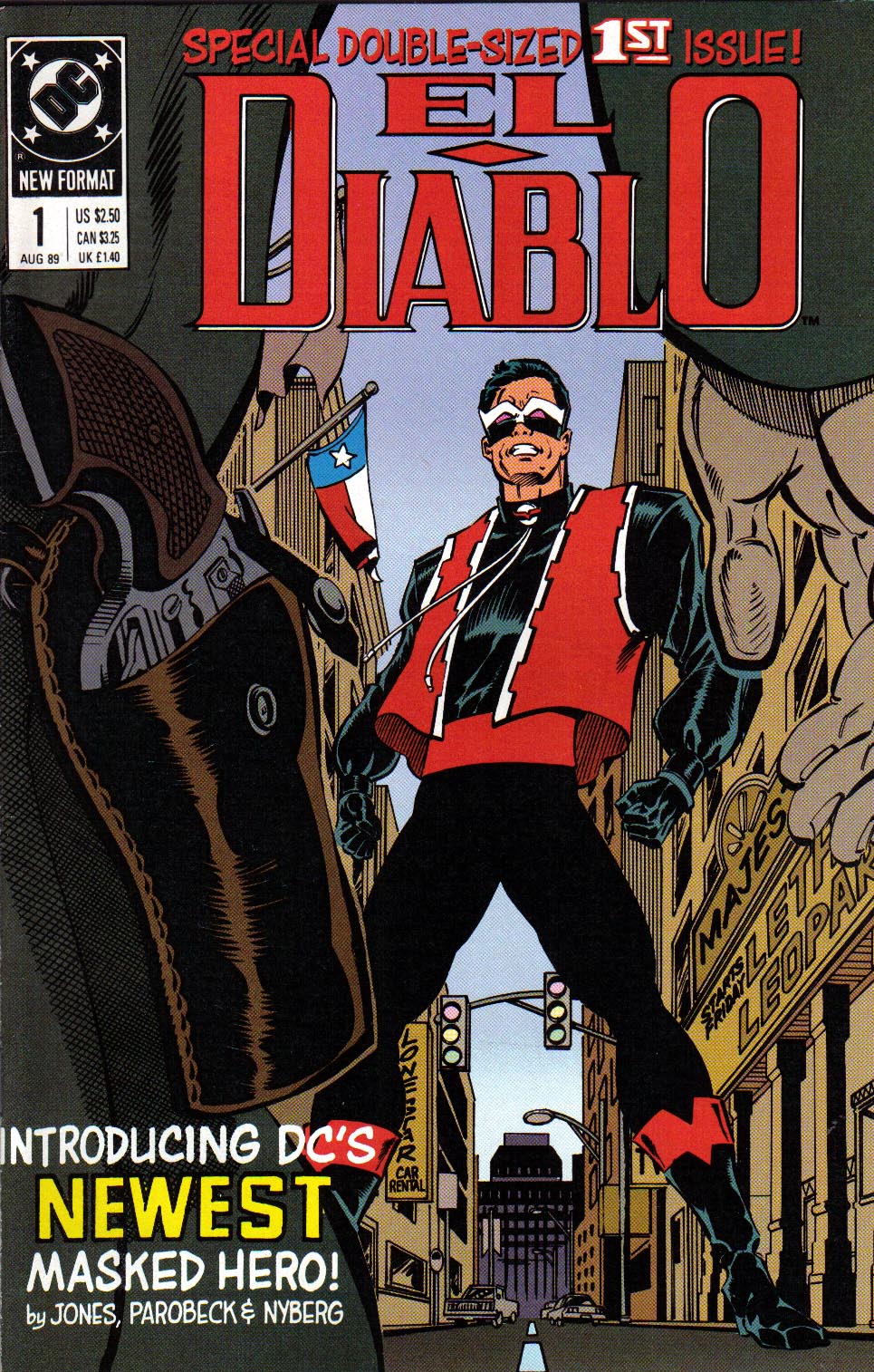 Vol 1: August 1989 – January 1991
Dos Rios, Texas, isn’t about to win any awards as the garden spot of the nation. Its streets are a dangerous place to be any time of day. It’s a city awash with corruption and drowning in its own poverty. But there is one man who wants to help. EL DIABLO. He’s Rafael Sandoval, and as a member of the Dos Rios City Council, he’s tried to make a difference, to get the government working for the people. But further steps must be taken, and since desperate times call for desperate measures, the first of those steps is donning the costume of El Diablo, the masked avenger of the city’s weak and threatened populace.
Vol 2: March 2001 – June 2001
Small-town sheriff Moses Stone is running from his past and from something even worse–a brutal and relentless gunman who has unearthed the skeletons in Sheriff Stone’s closet and has every intention of making Moses face them.
Vol 3: November 2008 – April 2009
Who is Chato Santana? A ruthless ganglord or a modern-day Robin Hood? Caught between the law and a power struggle in his gang, Chato meets Lazarus Lane, an impossibly old man with a possessed past. Witness this tale of rebirth, revenge, betrayal, justice, Hell, comeuppance, curses, and consequences.