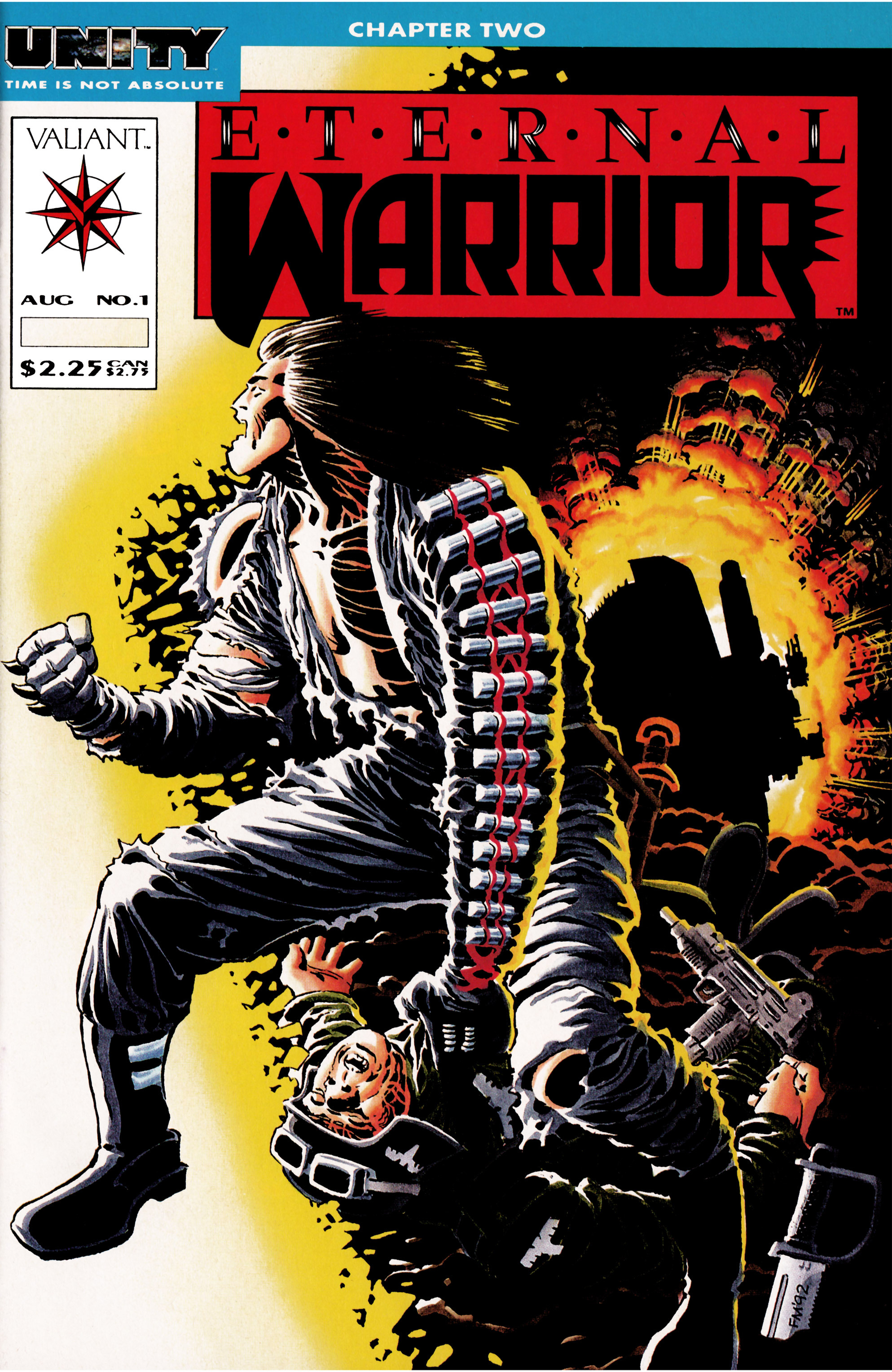 Vol 1: August 1992 – March 1996
Gilad Ani-Padda has lived more than a hundred lifetimes. Ten thousand years ago, he was his people’s fiercest soldier… Today he is the Eternal Warrior, the Earth’s immortal Fist and Steel! When Geomancer Geoff McHenry calls on him to save the world from a doom first predicted millennia ago, the Eternal Warrior will have no choice but to answer, no matter the cost!
Unity Chapter TWO
In the dawn of history, two powerful immortals, Gilad and Aram, are born to a warrior tribe. The tribe is slain, and the brothers part, but the battles never cease for Gilad Anni-Padda, the Eternal Warrior. Gilad befriends the Geomancers, who warn of an approaching doom. In the present, Gilad “Abrams” knows that doom has arrived as Geoff, the Geomancer, whisks him away to the greatest battle of all time: the Unity Conflict. Vol 2: September 2013 – April 2014
New York Times best-selling writer Greg Pak (Planet Hulk, Batman/Superman) and superstar artist Trevor Hairsine (X-O Manowar, X-Men: Deadly Genesis) launch a brand new campaign for Valiant’s undying immortal champion, the Eternal Warrior, in an all-new monthly series! Across five millennia and a thousand battlefields, Gilad Anni-Padda has traversed the darkest, most mysterious corners of the Valiant Universe. But the horror and bloodshed of constant warfare has finally taken its toll on the man myth calls the Eternal Warrior…