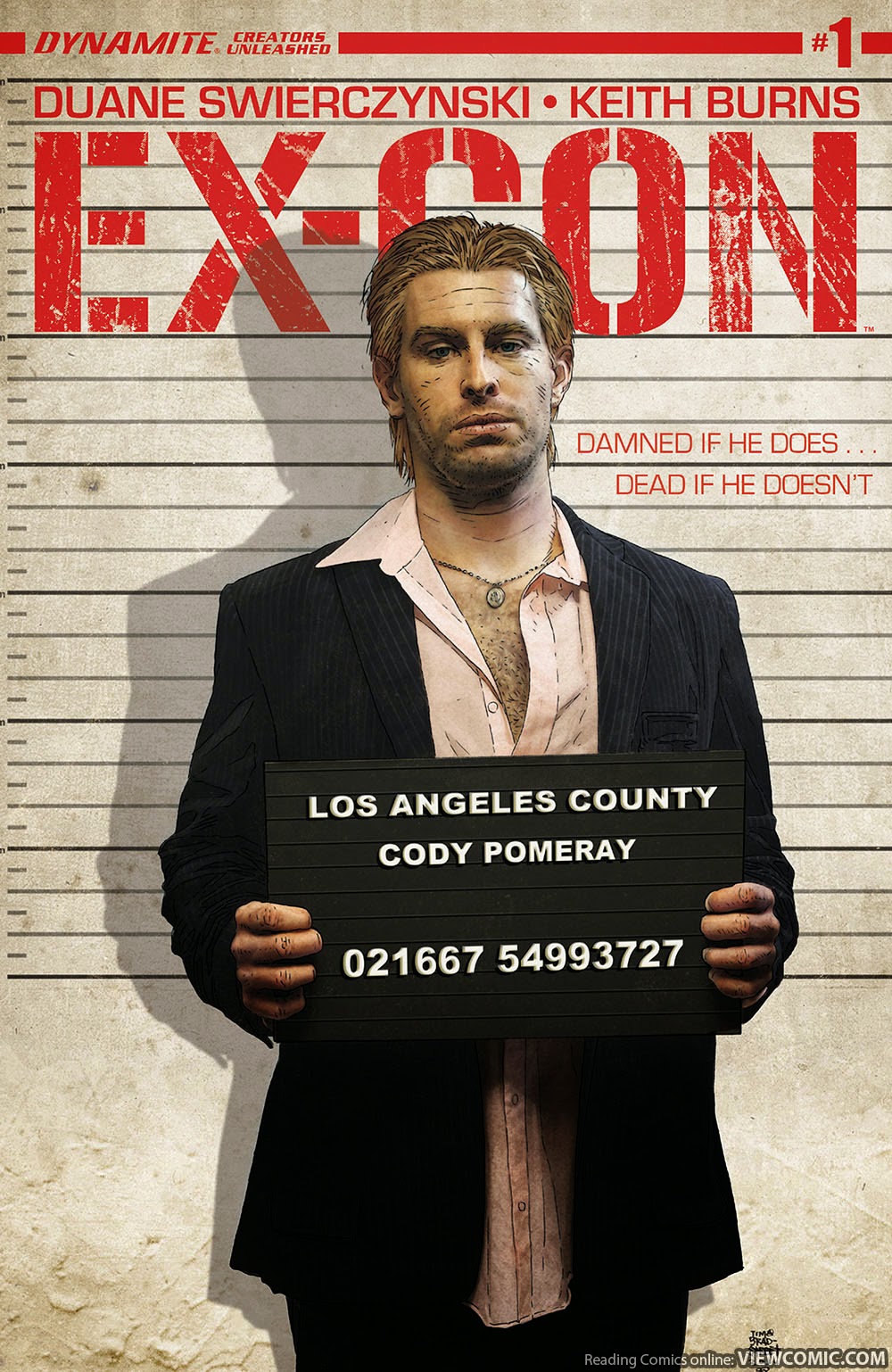 Vol 1: September 3 2014
Dynamite is proud to Ex-Con, the next book in a series of creator driven comics – with The Creators Unleashed, featuring all new concepts and characters from the industry’s best and brightest! This month, we present Ex-Con, written by Duane Swierczynski (Cable, Deadpool, Judge Dredd)! 1985: L.A. con artist Cody Pomeray had a gift for looking inside a mark’s soul with just a glance. But one fateful night, he targeted the wrong man and was sentences to the most savage prison in California. Pomeray would have been beaten to death on his first day if not for the intervention of Barnaby Creed, the most powerful crime lord in the Southland… 1989: Now Pomeray’s out on parole, robbed of his special ability and tasked with doing Creed “a little favor.” He has no idea he’s just stepped into a long con, and this time, *he’s* the mark…