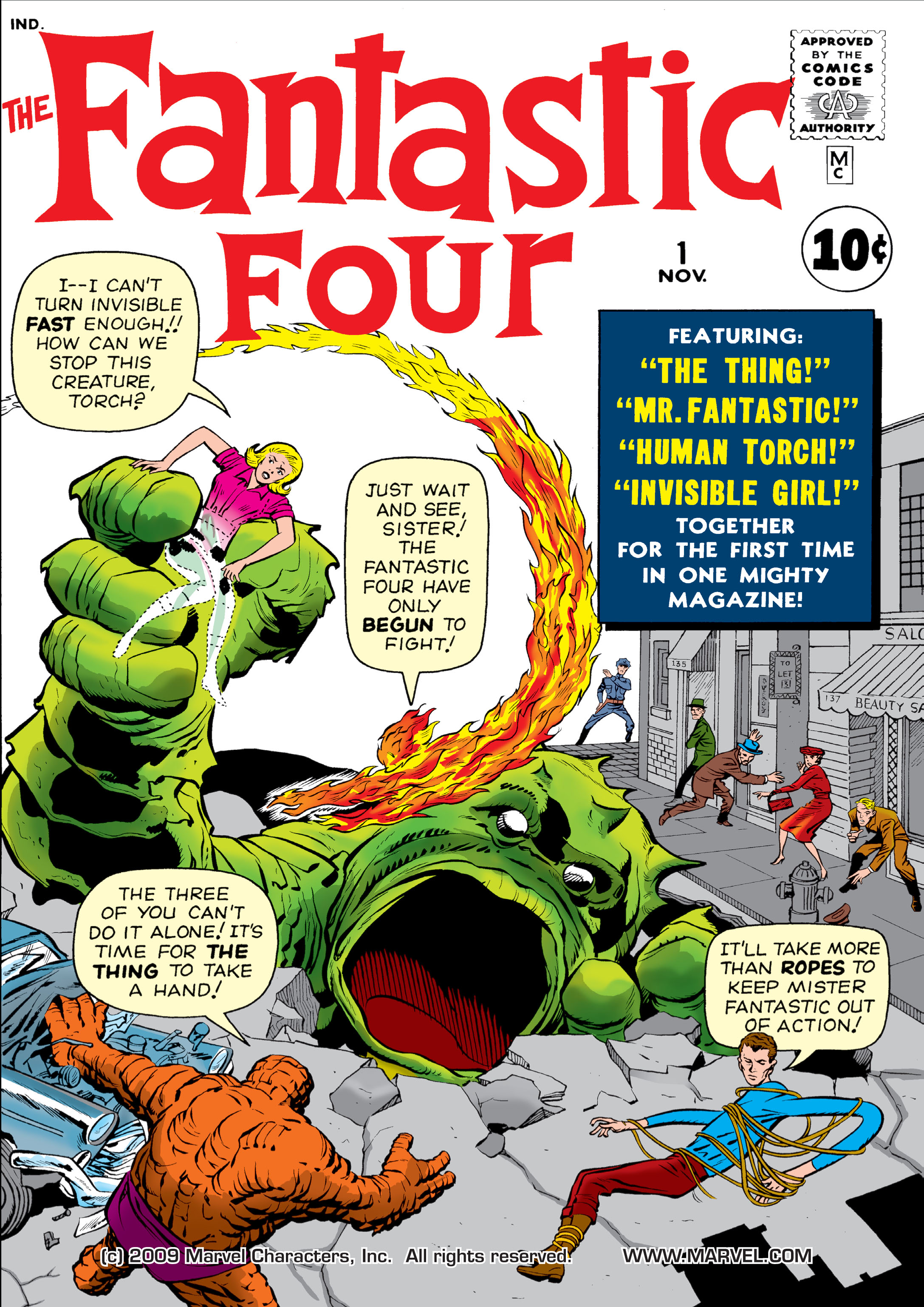 Vol 1: November 1961 – June 2015
Witness the comic masterpiece that gave birth to the Marvel Age! Mister Fantastic, The Thing, The Human Torch and The Invisible Girl unite to uncover the universe’s greatest mysteries and face down would be world-conquerors like Doctor Doom, the Skrulls, Galactus and countless others!
Vol 2: November 1996 – November 1997
The Rock Monster Guardian seems to have mutated. The one that threatens Sue in this issue is brown in color, not blue as in the very first Fantastic Four issue in 1961. This one is also shaped a little different as well. However, he still appears to be the same monster.
Vol 3: January 1998 – August 2003
Sue storm is targetted for death as the iconoclast cloes in! But why is she in danger? and will she survive?
Vol 4: January 2013 – March 2014
How long can Reed hide his motivations from his family?What undiscovered places, what amazing things, and what incredible people are out there waiting to meet the FANTASTIC FOUR?
Vol 5: April 2014 – February 2015
The world’s greatest comics magazine begins anew with Marvel’s First Family, the Fantastic Four! But as the brilliant MR. FANTASTIC, the compassionate INVISIBLE WOMAN, the ever lovin’ THING & the hot-headed HUMAN TORCH embark on a strange mission, they aren’t met with new beginnings, but an untimely end! As the family of cosmic explorers head towards their darkest hour, who could possibly be behind their downfall? And how is one of their oldest enemies, the sadistic dragon known as Fing-Fang-Foom involved? Prepare for the fantastic!
Vol 6: August 8 2018
BECAUSE YOU DEMANDED IT – THE WORLD’S GREATEST COMIC MAGAZINE IS BACK! Since the end of SECRET WARS, there’s been a gap in the Marvel Universe. A void no other team can fill. And it’s time for the world to move on. But can it? A life-changing decision by the Thing! A momentous declaration by the Human Torch! A clarion call-to-arms that summons Doctor Doom! And a signal in the sky that heralds the return of hope to the Marvel Universe! All this, and Alicia Masters adopts kittens! So cute! Plus, the Impossible Man! AND BONUS STORIES ILLUSTRATED BY SIMONE BIANCHI AND SKOTTIE YOUNG! IF YOU READ ONLY ONE MARVEL COMIC THIS MONTH, THIS IS THE ONE!