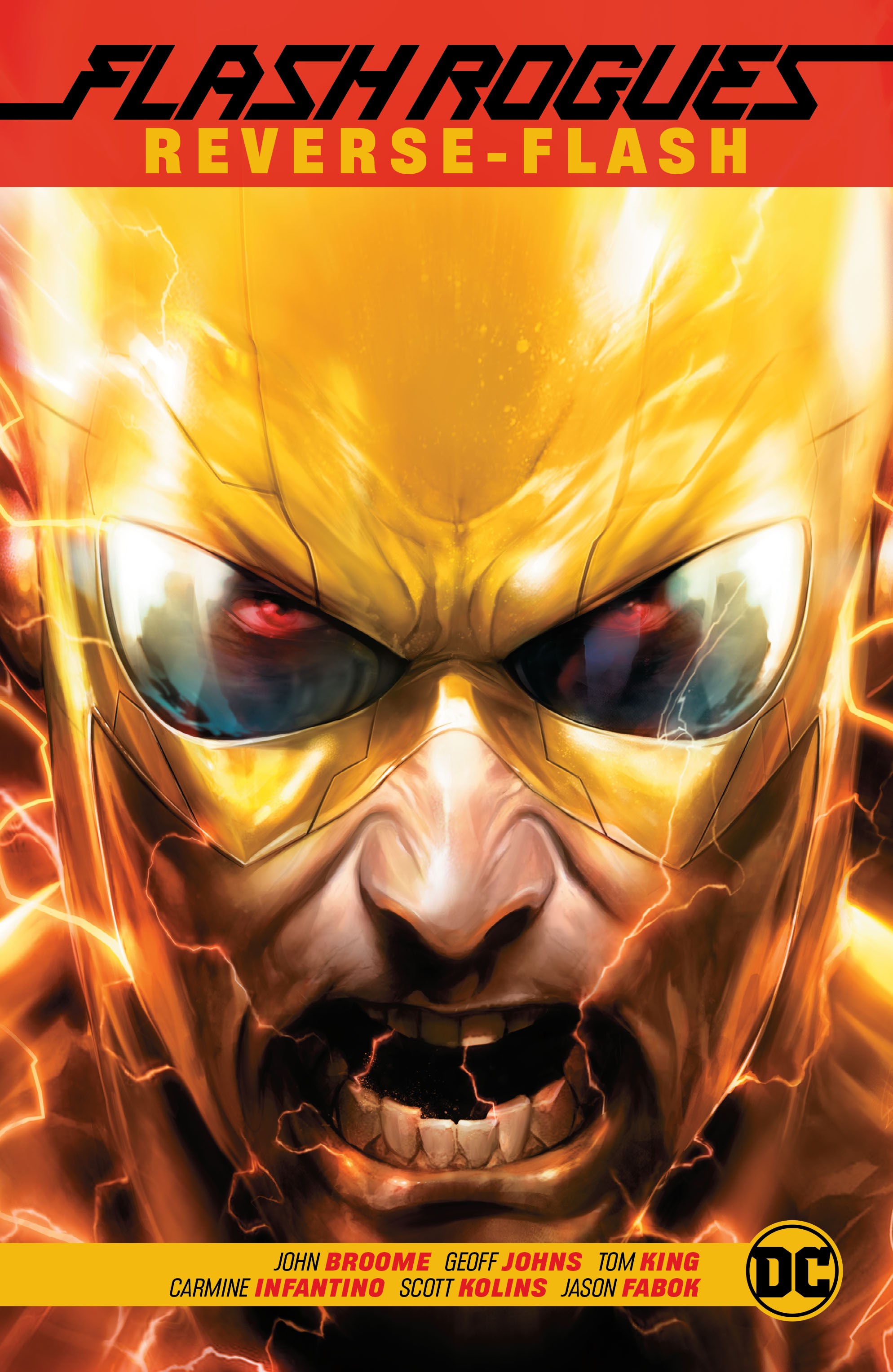 Vol 1: January 22 2019
The origin and first appearances of Reverse-Flash are captured here in The Flash Rogues: Reverse-Flash.
Jump on the Cosmic Treadmill and discover the untold origin of Reverse-Flash! Who is he, and what is his relationship to Barry Allen? Secrets are revealed and questions answered as DC Comics races through the history of Reverse-Flash. Starting with the very first appearance of Reverse-Flash that happened in 1963! Then stretching forward to the present day for the storyline “The Button,” in which a bloodstained smiley button is embedded in the Batcave wall.
What starts as a simple investigation turns deadly when the secrets of the button prove irresistible to none other than Eobard Thawne, a.k.a Reverse-Flash.
Find all this and more in The Flash Rogues: Reverse Flash! Collects The Flash #139, #283, #197, The Flash “Rebirth” #8, The Flash: Reverse Flash #23.2, Batman #21, The Flash #25 and Who’s Who #19.