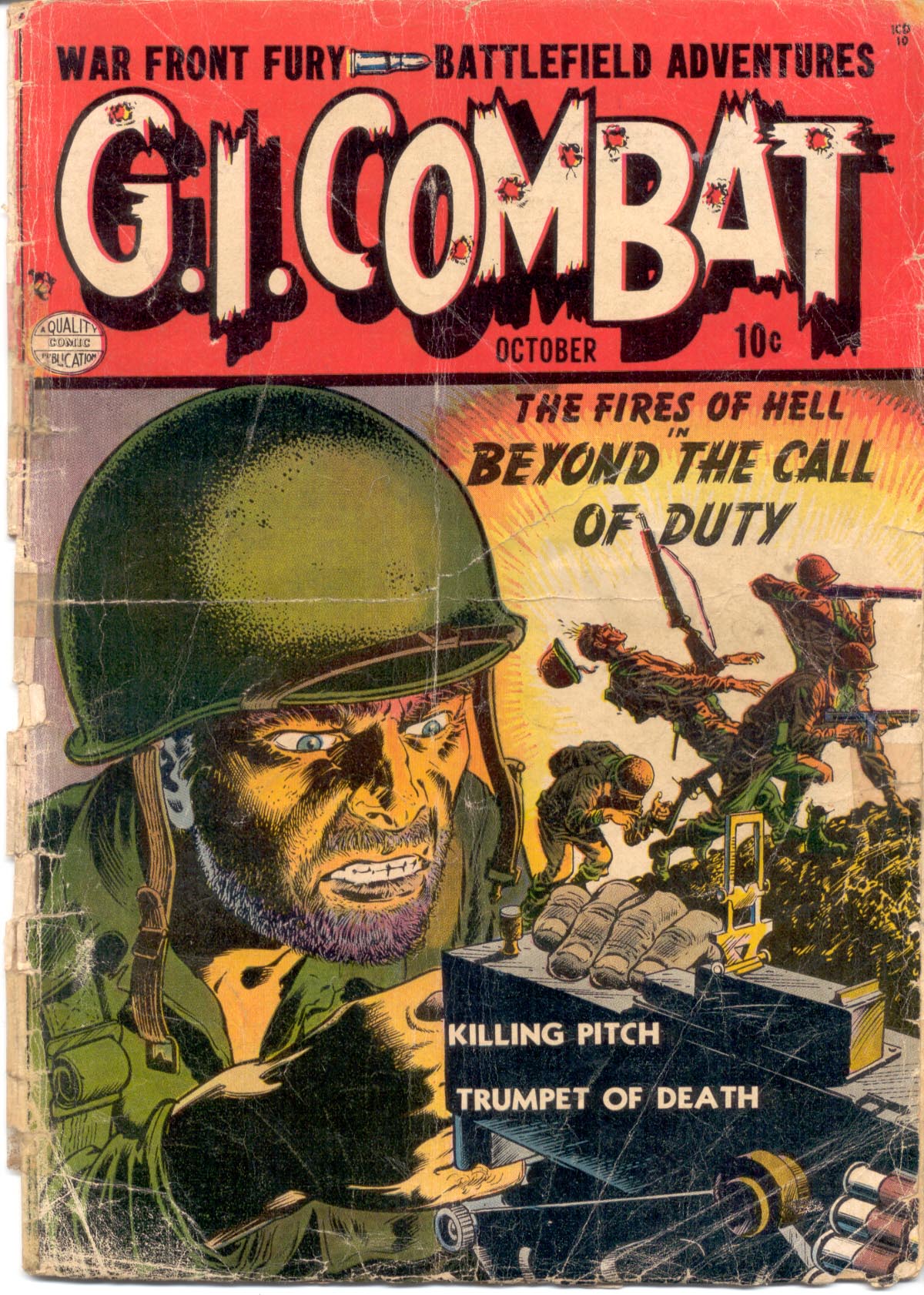 Vol 1: October 1952 – March 1987
G.I. Combat is a comic book anthology of stories about American soldiers during World War II, the Korean War, the Vietnam War and the Cold War. The series was originally published by Quality Comics. After DC bought Quality Comics in 1956, G.I. Combat was one of the few comics they decided to keep. They continued the series until 1987, making it one of the last long-running war comics to come to an end.
One of the most prominent features of G.I. Combat is the Haunted Tank, a crew of soldiers led by Jeb Stuart and the ghost of a deceased Confederate General only he can see.
Vol 2: November 1, 2010
Jeb Stuart’s gotten used to his tank being haunted by the ghost of his Civil War ancestor, General J.E.B. Stuart, but when he and his crew are pinned down by German soldiers in a walled city, what will happen when he must take the helm of a tank haunted by a very different kind of dead man?
Vol 3: July 2012 – February 2013
What exactly was the Unknown Soldier before the experiments that changed him forever?
The War that Time Forgot claims another casualty in the strangest origin story of them all!