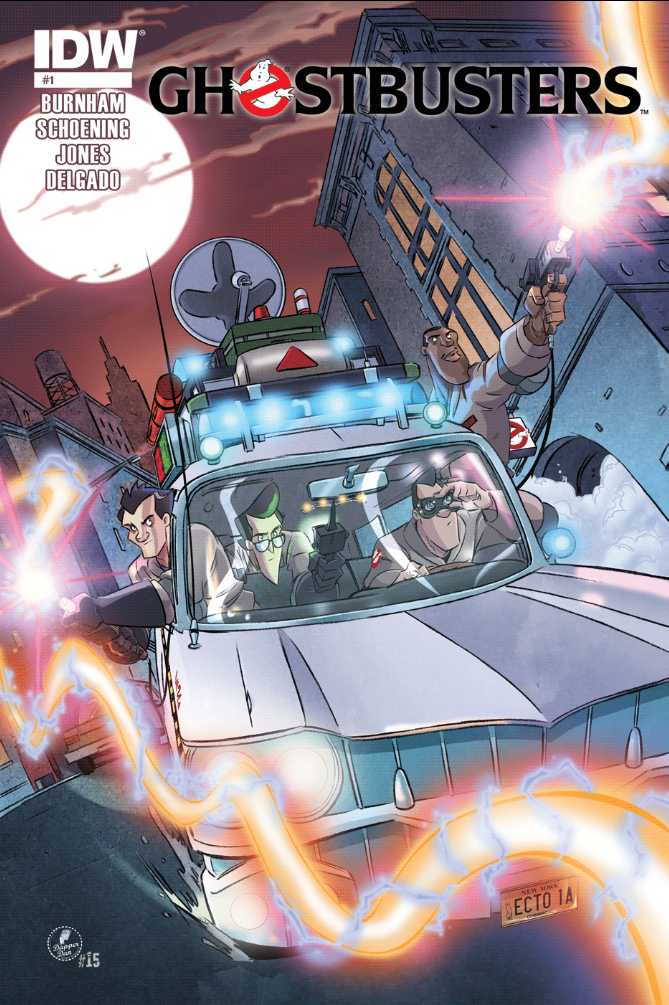 Vol 1: September 2011 – December 2012
The Ghostbusters are back and ready to believe you again! Set after the events of Ghostbusters 2, Ray is having foreboding dreams while Peter and Winston run into a familiar old spud. A perfect blend of the movies and the animated series, IDW’s Ghostbusters is full of all the humor and paranormal activities you’ve come to expect from the Ghostbusters!
Vol 1: February 2013 – September 2014
The Ghostbusters are gone, spirited away by some dastardly demons from another dimension! But spectral shenanigans haven’t ceased in the city that never sleeps, meaning a new group will need to step up and don the proton packs. Will the New Ghostbusters be able to rescue their predecessors, or will they share the same fate? The Ghostbusters creative super-team of Erik Burnham and Dan Schoening return to bust out more ectoplasmic excitement in this all-new Ghostbusters ongoing volume.