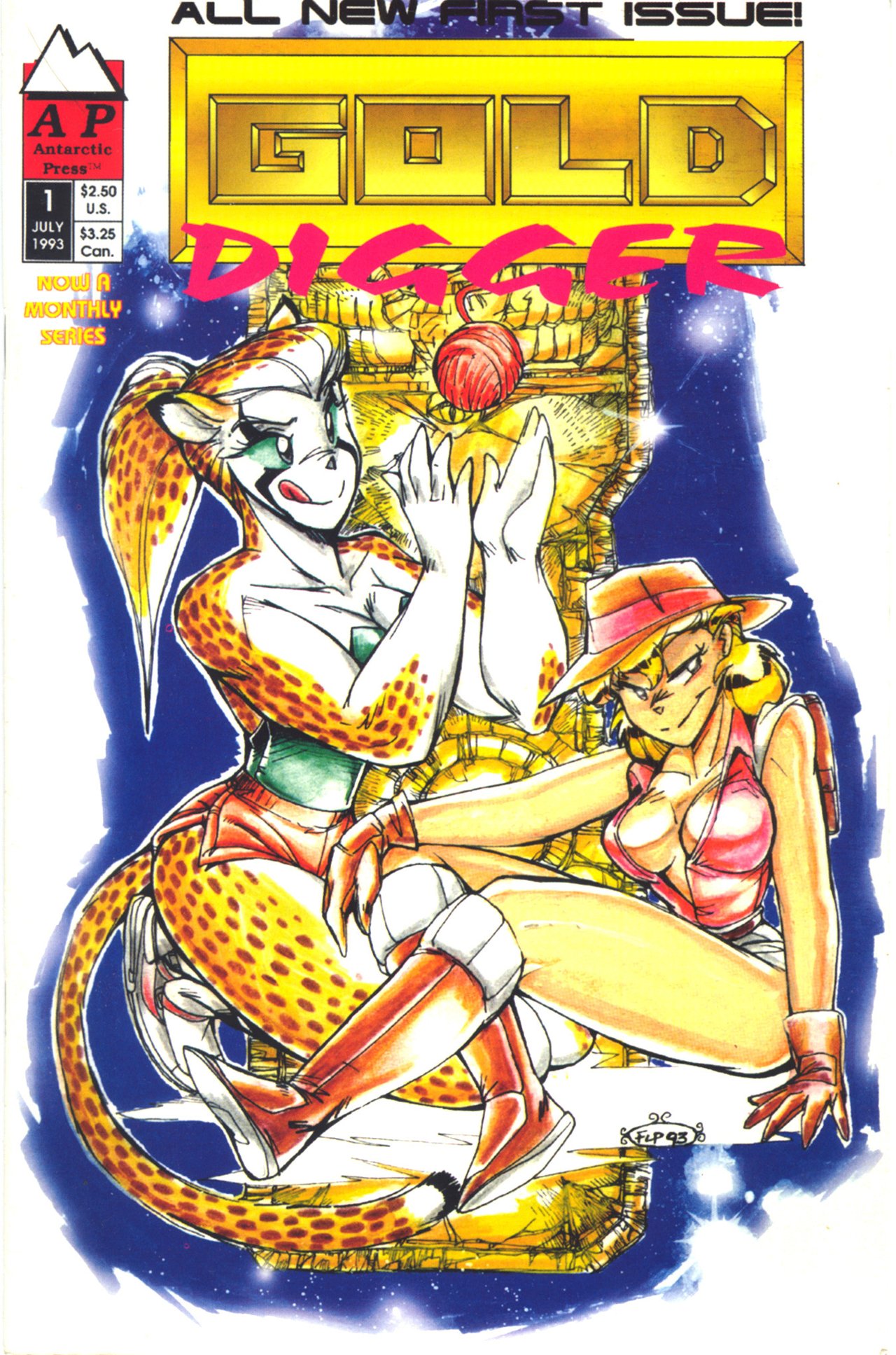 Vol 1: July 1993 – June 1999
Based off the hit Gold Digger Mini Series. Fred Perry has put the story into high gear. The adventures are going to go farther then you could ever image. If you like cheesecake. Come on in guys. Beefcake more your taste. Fred has to covered too. The family, friends, and baddies are going to start getting bigger. Join the Digger Sisters to ancient cities, trap ridden tombs, tight reared studs, alternate realms, strange species, and one nasty mouse.
Vol 2: July 1999
Gold Digger is a series about Gina Diggers (a brainy and nerdy archeologist), her adopted sister Brittany/Cheetah (a were-cheetah), and Brianna (a hybrid clone of Gina and Cheetah). Their dad is an arch mage and their mom is a weapons master from a high fantasy realm called Jade. Their lives are… interesting to say the least.
The series is an action/adventure comic with a mashup of fantasy, sci-fi, and superhero, and the ensemble cast includes rival archeologists, mad scientists, aliens, cyborgs, golems, dragons, ninjas, leprechauns, pirates, ninja leprechauns, ninja leprechaun pirates, lycanthropes, a super intelligent evil dog, etc. The comic makes extensive references to geek pop-culture, often in interesting and/or amusing combinations.
The comic has tons of action, comedy, and isn’t shy about the cheesecake, or beefcake for that matter. It’s been written and drawn by the same creator since issue #1, so the writing is consistent throughout the series and the characters grow and develop over a long time unlike many western comics where it feels like you’re reading a different book every time the artist/writer team swaps out.