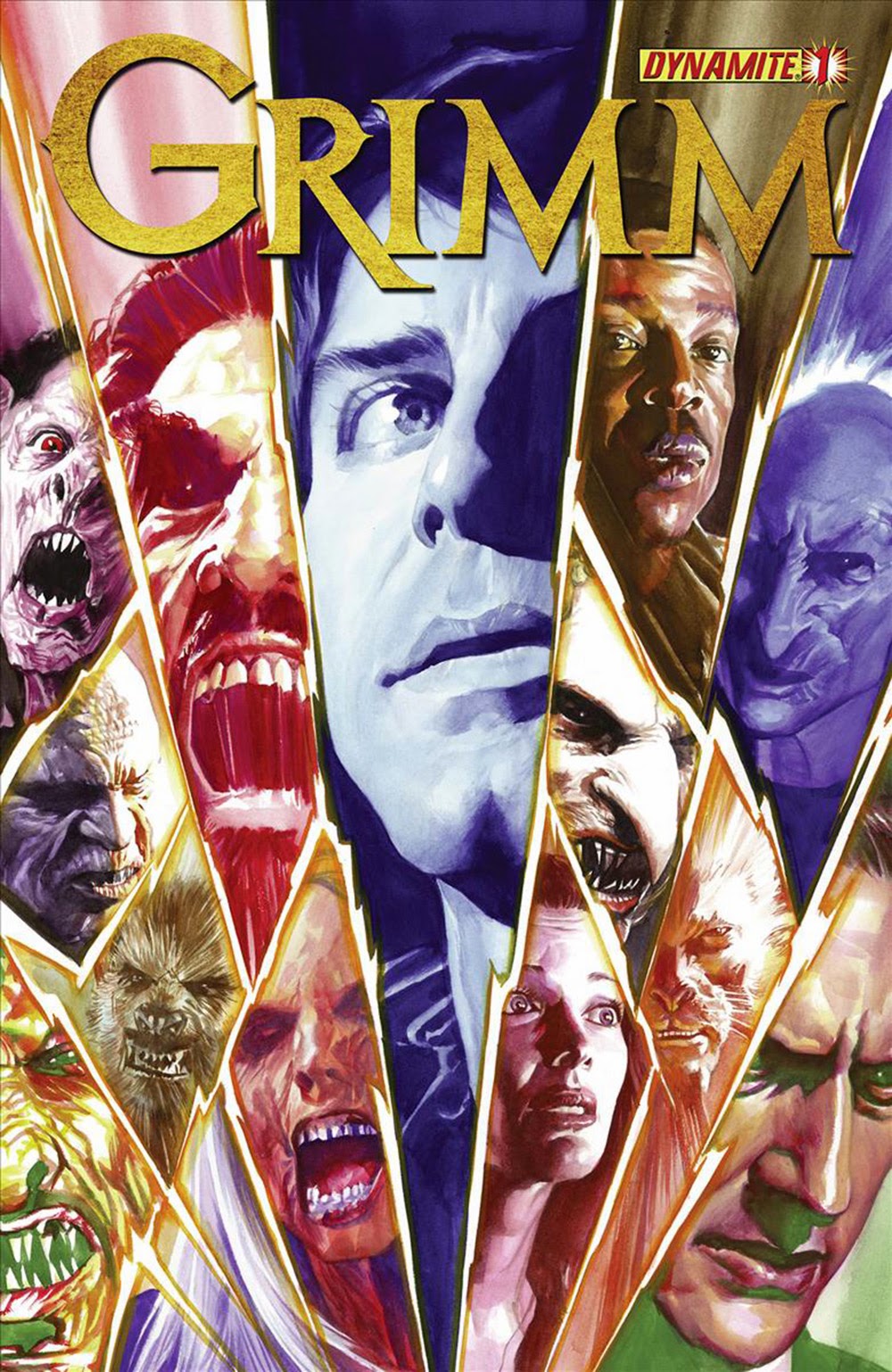 Vol 1: January 2013 – April 2014
Set in the world of the acclaimed NBC series, Grimm, Homicide Detective Nick Burkhardt of the Portland Police Bureau learns he is descended from a line of guardians known as Grimms, charged with keeping balance between humanity and the mythological creatures called “Wesen.” Beginning this issue, Kelly (Nick’s mom) begins her quest to destroy the Coins of Zakynthos.
Vol 2: 2016
What do Juliette, Adalind, Truble and Rosalee have in common? They’re the women in the life of Portland’s own Grimm, Nick Burkhardt, and they’re about to cross paths in a way they’d never expect! Set during the tumultuous fourth season of the hit television show, Juliette’s struggles to come to terms with becoming a Hexenbiest draw her into conflict with a new Wessen threat, and she finds she has nowhere to turn except her most hated enemy, Adalind! That’s right, the woman who impersonated Juliette and slept with Nick! Written by Caitlin Kittredge, the author behind the Nocturne City and Iron Codex novels (among many others) and Coffin Hill for Vertigo, with art by rising newcomer Maria Sanapo! In stores in time for Grimm season 6, this fall on NBC!