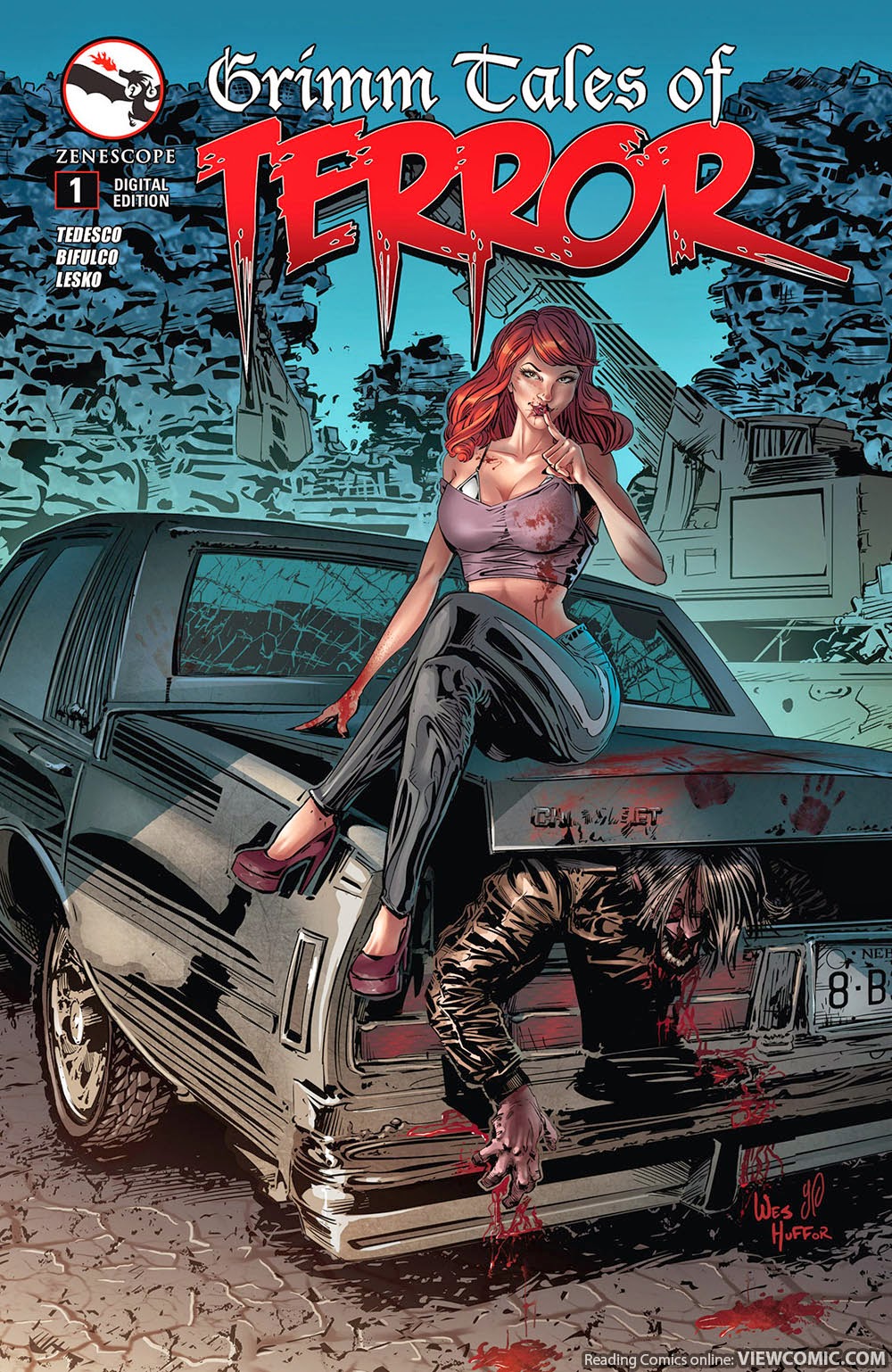 Vol 1: July 2014
Inspired by Tales From the Crypt, Twilight Zone, and Creep Show, Zenescope goes back to its roots of horror as the publisher known for re-inventing classics delves into an entirely new bag of tricks. From Poe to Lovecraft to brand new Fables, these tales of terror are sure to creep you out in a whole new way!
Vol 2: October 2015
Zenescope’s newest hit horror series returns with issue #1 of 13 brand new twisted and terrifying issues! The story of has been retold in many different ways… But Zenescope puts a new twist on an age-old tale about a man with two different sides. When an awkward teen finds a serum that transforms him into the high school jock, will he find what he’s looking for or will he learn first-hand the danger of trying to become a different person?
Vol 3: January 2017
The Invisible Man The power of invisibility has long held appeal for man. To disappear and do whatever you want unseen by another person’s eyes…could any man turn that down? The newest volume of Tales of Terror answers that very question…and terror is the operative word in this story. Vol. #3 of the popular story modernizes another classic tale you won’t want to miss.
Vol 4: April 11 2018
The hit Zenescope horror series is back, and not only as a comic, but also as a soon-to-be-released motion picture. The first issue in this new volume ties into the upcoming film and continues the series tradition of delivering modern horror with truly terrifying twists.