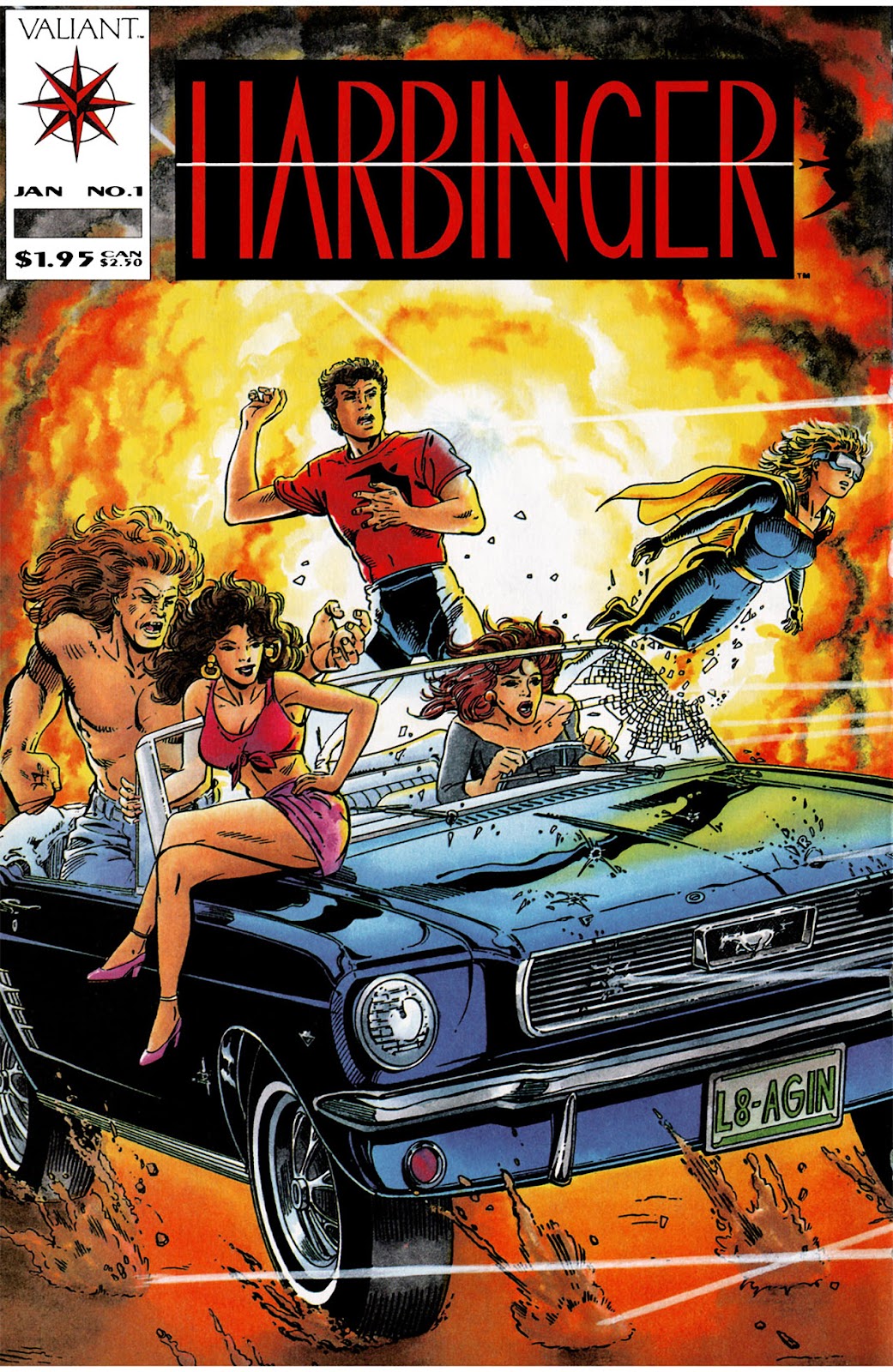 Vol 1: 1992
“ARE YOU DIFFERENT…?” So begins the classified ad placed in newspapers worldwide by the Harbinger Foundation. Thousands of troubled young people respond every day. Most are merely suffering the pain, anxiety and alienation of growing up. A few, however, are different, indeed– harbingers of a new age, possessors of powers of the mind that can be awakened, developed, honed…and used. Harbinger founder Toyo Harada intends to change the world for the better– even if it occasionally takes extreme measures. To make an omelet, one must break eggs…. When Peter Stanchek, a harbinger of frightening potential rebels, he and the ragtag renegades he recruits find themselves at war against Harada and his “Eggbreakers.” Extreme measures taken by both sides sometimes beg the question who is worse more than who is right.
Vol 2: 2012 – 2014
From New York Times bestselling author Joshua Dysart (Unknown Soldier, BPRD) and Harvey Award nominee Khari Evans (Carbon Grey)! Read minds. Bend steel. Break all the rules! Teenager Pete Stanchek is out of work, on the skids, and – unbeknownst to him – a psionically-powered “harbinger” with the potential to reshape the course of human history. Toyo Harada is a wealthy business magnate, a respected philanthropist and the most powerful harbinger of all – or so he thought. As they forge an uneasy alliance, will Harada offer Pete a chance for redemption ¿- or attempt to induct him into a secret network of conspiracy, subversion and control? When this super-hero comes of age, the entire Valiant Universe will have to learn the price of power.