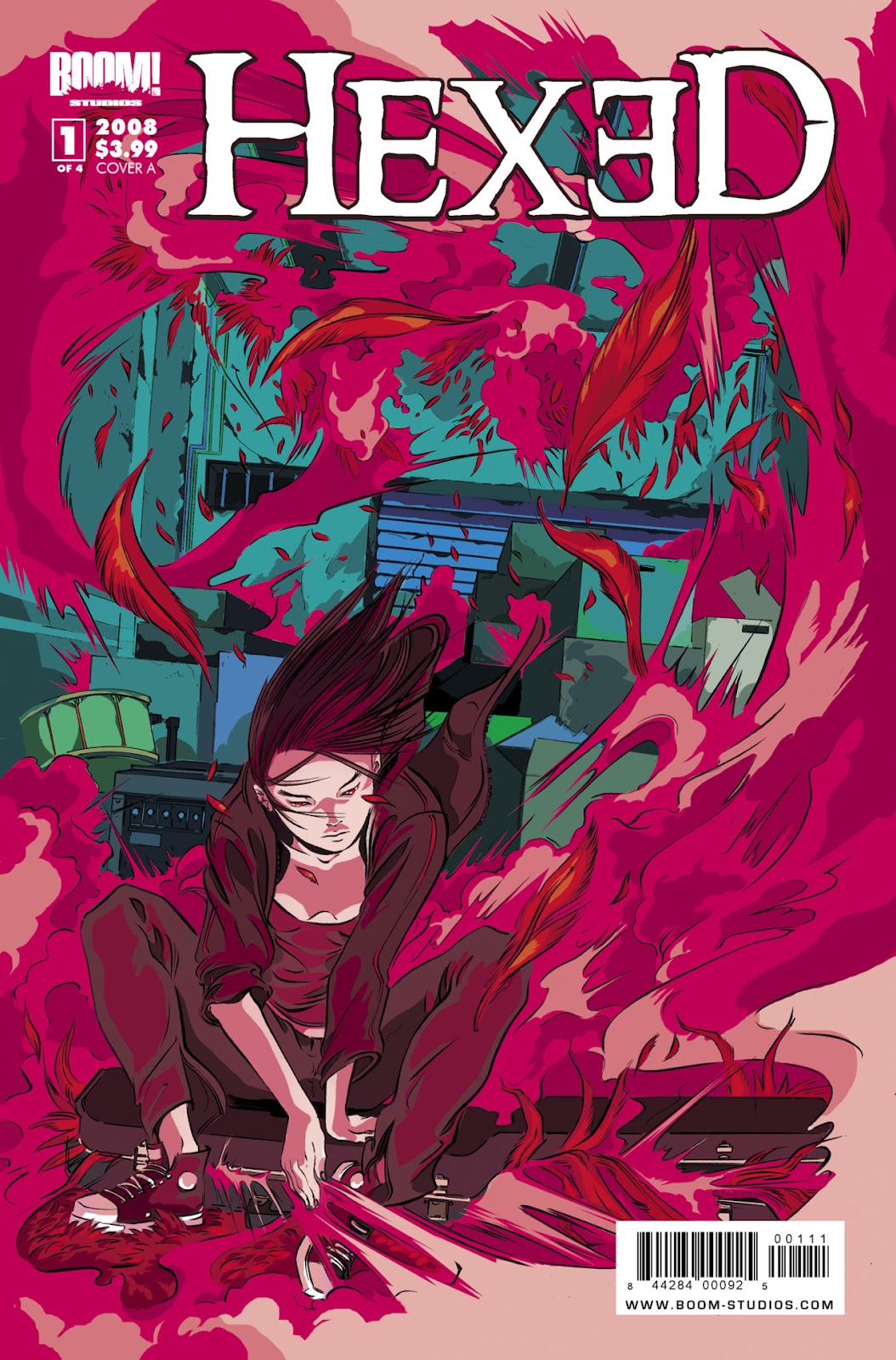 Vol 1: December 2008 – March 2009
Explosive first issue! It’s said there’s no honor amongst thieves. Add to that a thief operating in the occult underground, and it’s whole different kind of nasty! Luci Jenifer Inacio Das Neves, Lucifer for short, takes a new job that will expose her to the macabre underbelly of the city, and a secret that she’d rather nobody know. A brand new series by Michael Alan Nelson, the critically acclaimed author of Fall of Cthulhu, and hot new art talent Emma Rios! Available with two covers by Emma Rios and Joe Pekar.
Vol 2: August 2014 – August 2015
WHY WE LOVE IT: DAY MEN. 28 DAYS LATER. DINGO. Besides being one of our favorite writers, Michael Alan Nelson is one of the industry’s preeminent voices in horror, and we couldn’t be happier to be bringing back his fan-favorite creation HEXED for another dive into the depths of the Aether with an ongoing series! WHY YOU’LL LOVE IT: Lucifer is the perfect mash-up of Buffy the Vampire Slayer and Lara Croft. Plus, HEXED was Pretty Deadly and Amazing SpiderMan superstar Emma Rios’ introduction to the American comics scene back in 2008, and new series artist Dan Mora is poised to continue the trend with his lyrical, horrific, and wholly unique take on Lucifer. WHAT IT’S ABOUT: Luci Jennifer Inacio Das Neves (most people just call her ‘Lucifer’) is a supernatural thief-for-hire, stealing wondrous objects from the dark denizens of the netherworld for her mentor/mother figure, Val Brisendine. But when Lucifer accidentally unleashes a terrible evil from one of the paintings hanging in Val’s art gallery, will any of the tricks up her sleeve be enough to stop it?