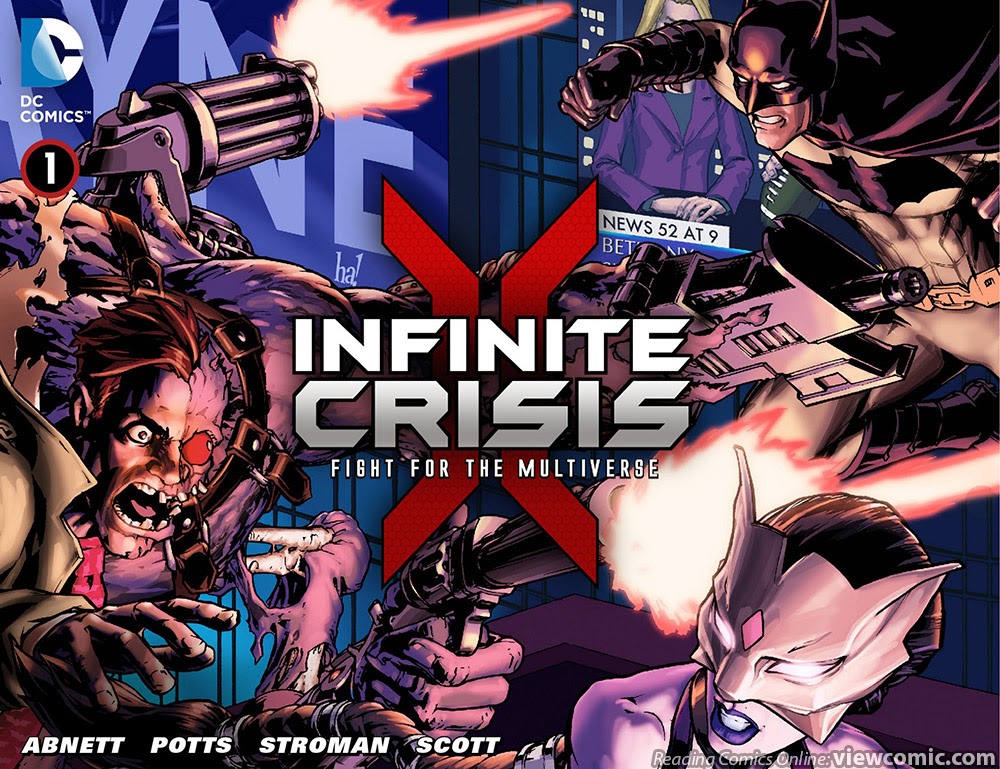 Infinite Crisis: Fight for the Multiverse

Vol 1: May 2014 – February 2015
Based on the hit video game comes the spin-off graphic novel, INFINITE CRISIS: FIGHT FOR THE MULTIVERSE! There are worlds beyond the one you know. Realities beyond the one you inhabit. Fifty-two universes, stretching out into infinity in a delicate balance known as the Multiverse. But now that balance has been shattered. Dark forces from beyond space and time threaten all of existence, one universe at a time. The Infinite Crisis has come. And it will take something extraordinary to stop it. Tasked with defending all of creation, the being called the Monitor has gathered the greatest heroes—and deadliest villains—from a host of worlds. Their names—Superman, Batman, Wonder Woman, Green Lantern—may be familiar, but each one is different, shaped by worlds of dark magic and strange science, bright heroism and black horror. Exploding from the smash video game, INFINITE CRISIS: FIGHT FOR THE MULTIVERSE, from writer Dan Abnett (RESURRECTION MAN) and a legion of talented artists, is a saga of combat on a cosmic scale! Collects INFINITE CRISIS: FIGHT FOR THE MULTIVERSE #1-6.