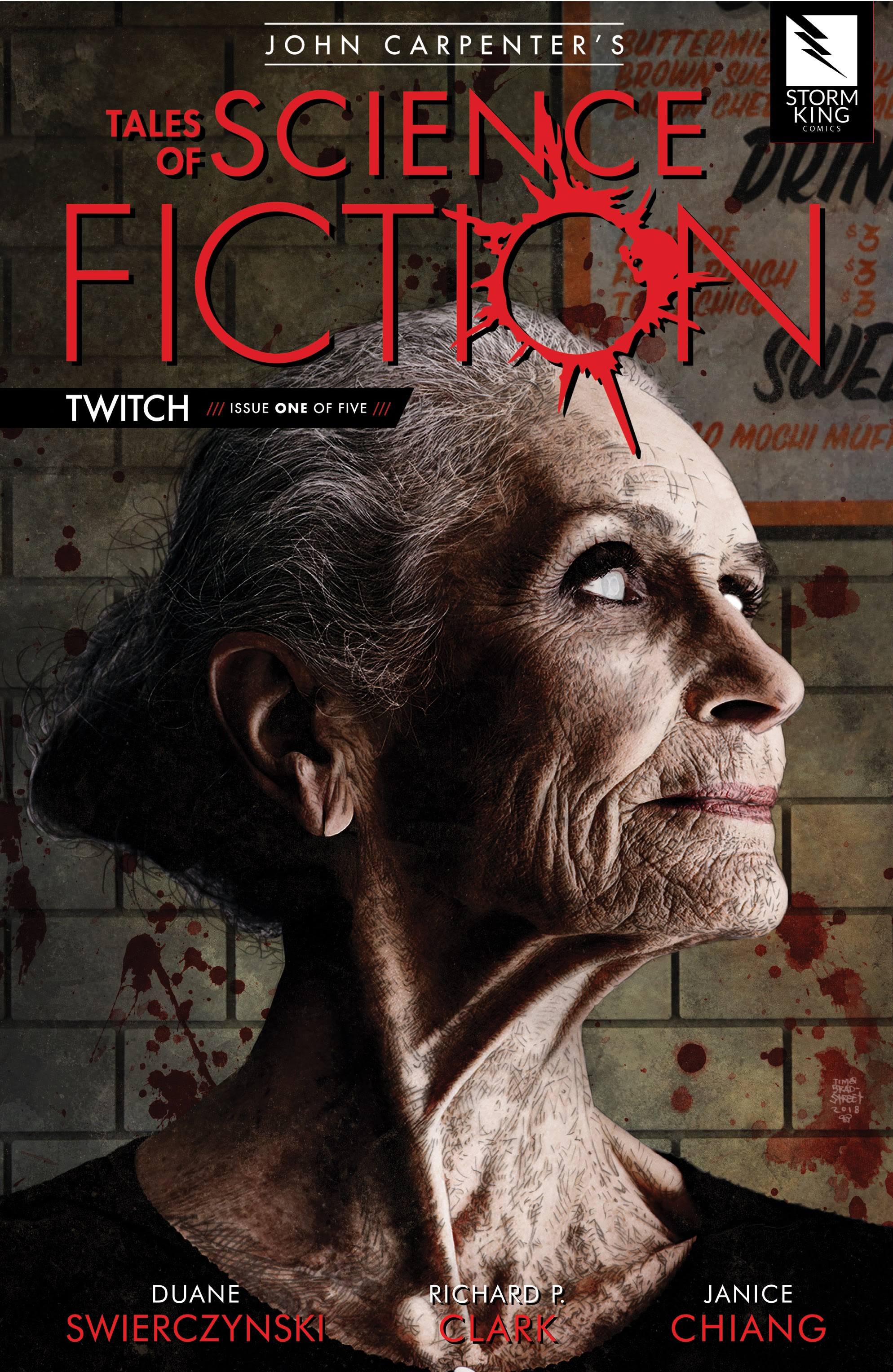 Vol 1: January 16 2019
The desert above Los Angeles is a harsh, unforgiving place. The heat does something to people’s brains – or so thinks Lieutenant Ron Pinkerton, who is investigating a series of shockingly violent crimes perpetrated by the most unlikely suspects.
Meanwhile, just a few miles away, astrophysicists at the Mount Wilson Observatory are grappling with another kind of threat – one that threatens to extinguish humanity in the time it takes for your eye to TWITCH…
Duane Swierczynski (Fun and Games, Judge Dredd, JC’s Tales for a HalloweeNight) and Richard P. Clark (JC’s Tales for a HalloweeNight, Marvel, DC) bring you TWITCH #1 (of 5), the FOURTH story in John Carpenter’s monthly anthology series Tales of Science Fiction.