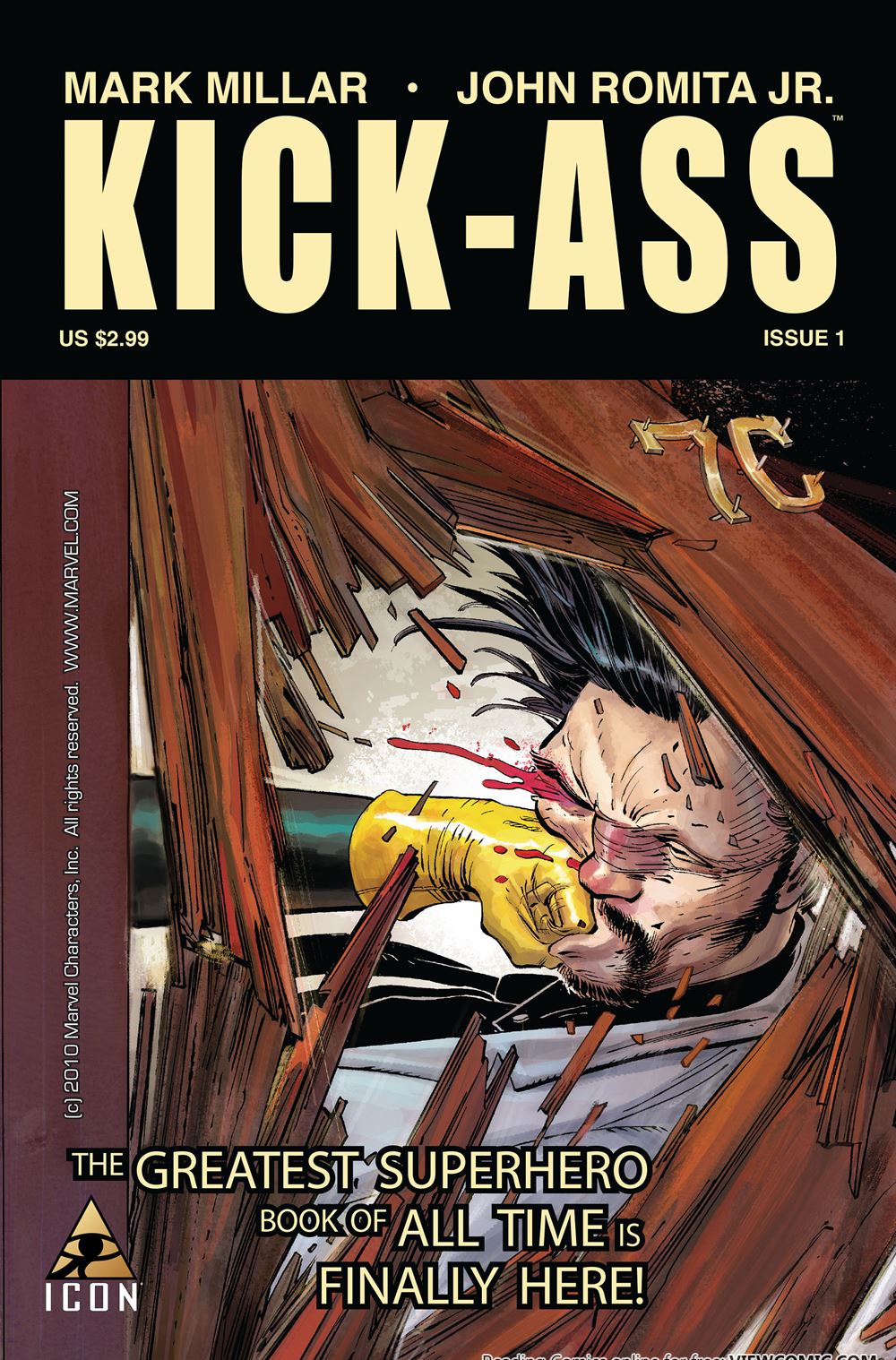 Vol 1: April 2008 – March 2010
Kick-Ass is the first “book” (volume) in Mark Millar and John Romita Jr’s creator owned series published by Marvel’s independent imprint, Icon Comics. Book three of the Series entitled Kick-Ass 2 ran from Dec 2010 through May 2012, while book two entitled Hit-Girl began Aug 2012 and is currently being released monthly. The first series was collected in Kick-Ass.
Vol 2: October 2010 – May 2012
The sequel to the New York Times best-selling comic–which spawned the hit movie–continues! When Dave Lizewski put on his mask and became Kick-Ass, he never imagined things would go this far. Now Dave comes face-to-face with a world he helped bring about, as his dreams of a world of superheroes come true… but will those dreams turn to nightmares? Don’t miss the comic book event of the year! Plus: Hit-Girl!
Vol 3: July 2013 – October 2014
Kick-Ass is back for his last story arc! How are things going down now that he’s leading Justice Forever?