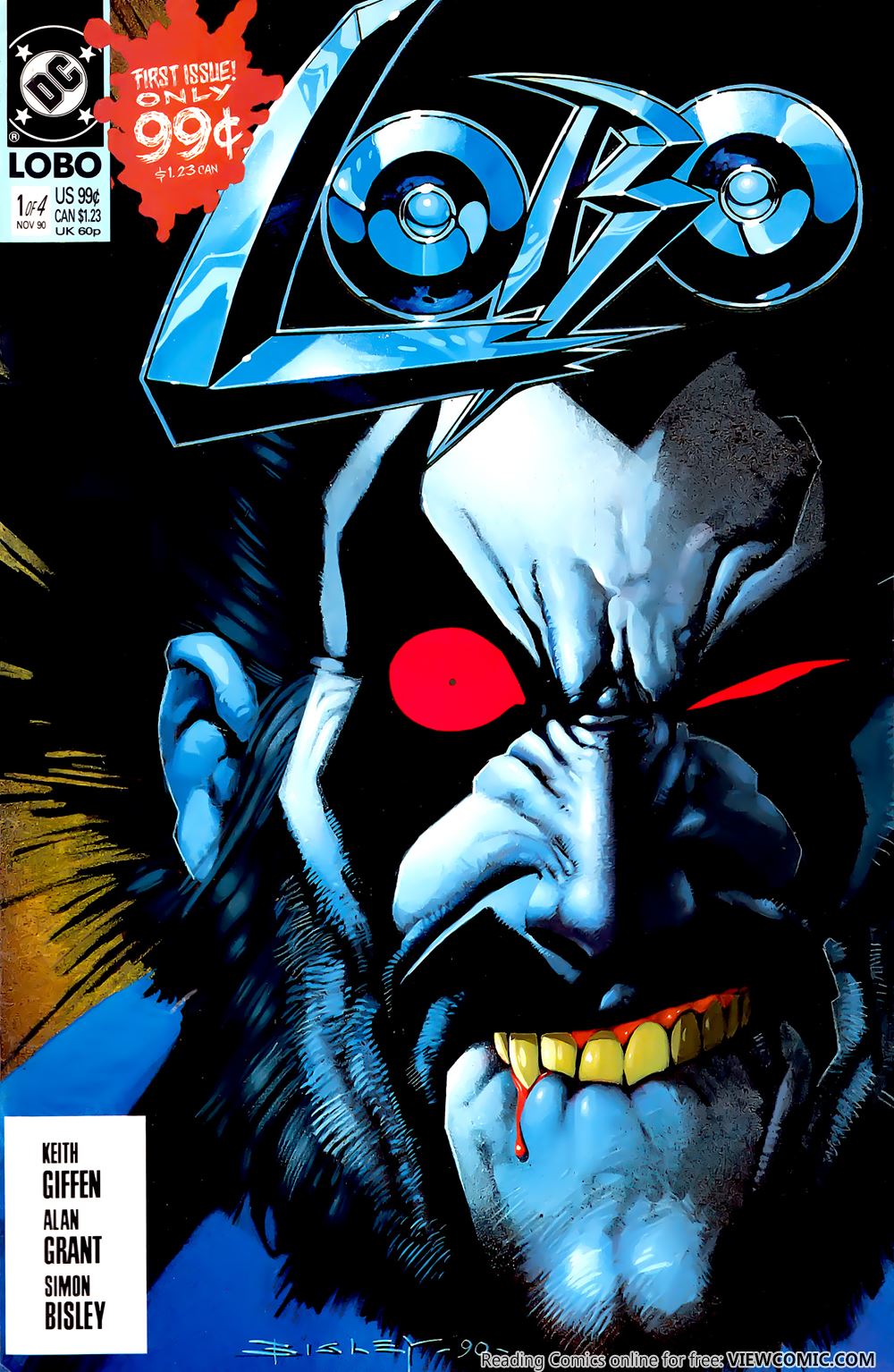 Vol 1: November 1990 – February 1991
The Last Czarnian Part One
His name is Lobo. His job is intergalactic bounty hunter. His methods are insane. From the pages of L.E.G.I.O.N. ’90 comes the wild, unchained, devil-may-care character you love to hate in his first solo mini-series. And if you thought he was out of control before, wait until you see what happens here. You see, Lobo is the last survivor of his race…an entire civilization that he personally annihilated just because he wanted to be unique in the universe. But Lobo seems to have missed one, and now that survivor’s gone and written an unauthorized biography of Lobo, which doesn’t make our maniac very happy. But what’s really got Lobo miffed is that he’s accepted a contract from L.E.G.I.O.N. to escort his biographer across the universe to their headquarters – delivered alive! Of course, Lobo manages to make a few enemies along the way, complicating his mission as these factions embark on a wild chase across the cosmos to see who will get to Lobo first.
Vol 2: December 1993 – July 1999
In space, no one can hear you frag. By popular demand, Lobo hits the comic shops in his very own ongoing monthly series, without a ‘Suggested for Mature Readers’ label! Now everyone can get in on the action and fun month after month. It’s the Lobo series you’ve been clamoring for – an action-packed fragfest, brimming over with good-natured gratuitous violence and twisted humor. The series gets under way with Lobo out on a typically destructive night on the town. What follows is a stop at Al’s Diner for a few brews with some appalling violence, and then a trip to the local bounty office where the Main Man takes an assignment to bring in Qigly, the universe’s most feared, loathed and powerful…accountant. Things take an ugly turn when Lobo meets heavy opposition from the Dead Boys, a bunch of bastiches with their own reasons for holding onto Qigly.
Vol 3: December 2014 – February 2016
The all-new Lobo brings the ultraviolence to his new ongoing series! If the first few blood-soaked pages of this issue don’t shock you – nothing will!