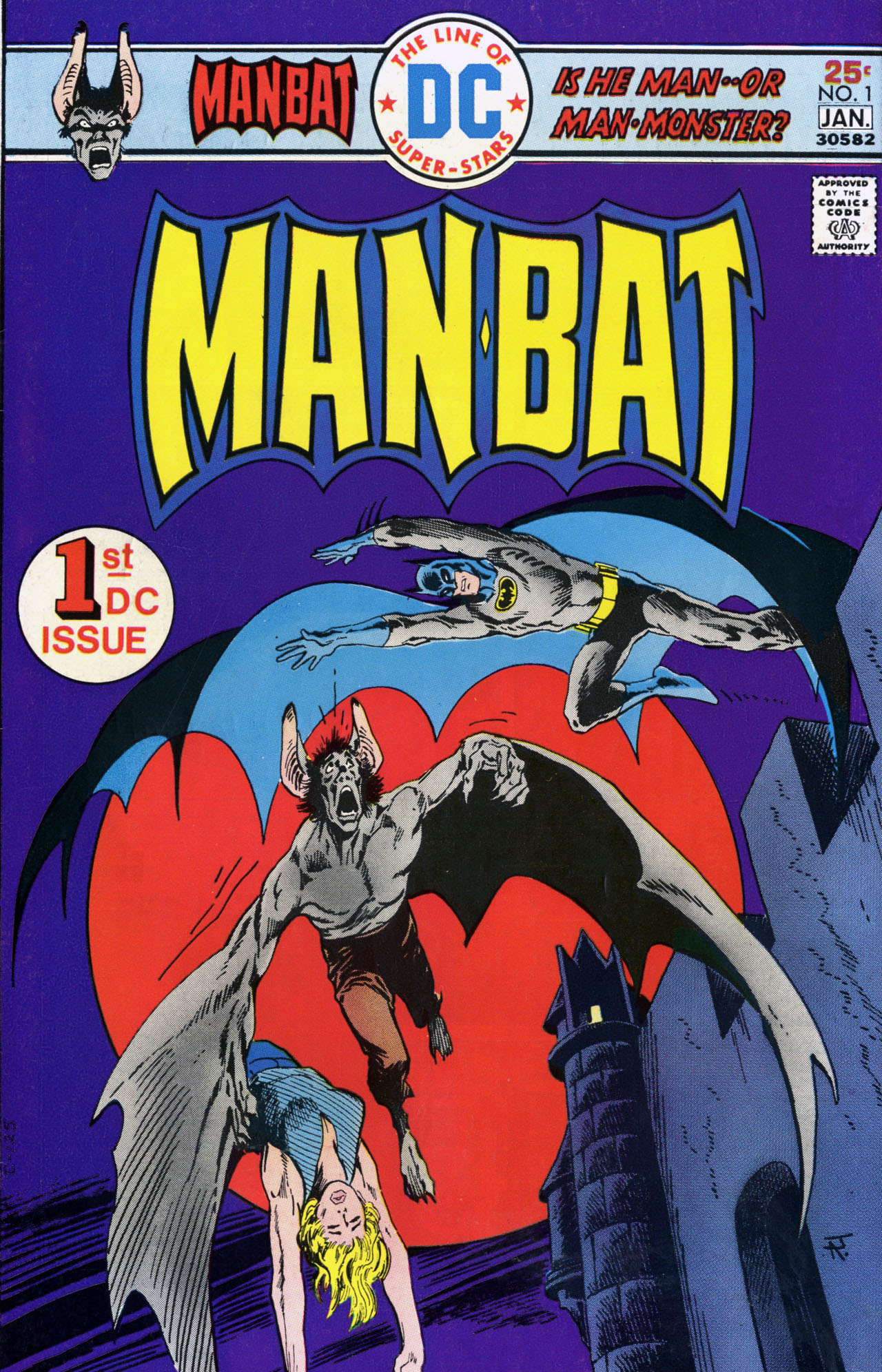 Vol 1: Dec/Jan 1975 – Feb/Mar 1976
“Beware the eyes of Baron Tyme”: Story by Gerry Conway. Pencils by Steve Ditko. Inks by Al Milgrom. The evil Baron Tyme has taken control of Man-Bat’s wife, Francine, forcing her to try to kill one of his colleagues. Even with the aid of Batman, Man-Bat will be hard-pressed to contain his wife and capture the evil baron.
Vol 2: February 1996 – April 1996
More feral than ever, the mutated Kirk Langstrom has only one consuming wish–to see his estranged family again. But as a series of brutal murders committed by a winged creature terrorize Gotham’s high-rises, S.W.A.T. teams mobilize throughout the city to take down Man-Bat. Gotham’s skyline becomes a war zone as the night erupts in a blitzkrieg of bullets, wings and screams, bringing the tortured, increasingly less human Man-Bat into savage conflict with a horrifying new villain, the Roc. But behind the Roc’s rampage lie secrets to chill even the blood of Man-Bat…secrets that could cost Langstrom’s wife, Francine, her very life.
Vol 3: June 2006 – October 2006
Bruce Jones (YEAR ONE: BATMAN/SCARECROW, NIGHTWING, VIGILANTE) and Mike Huddleston (MNEMOVORE, The Coffin, HARLEY QUINN) present the savage return of Batman’s ultimate mirror image in a mind-bending new 5- issue miniseries! Kirk Langstrom has long had control of his Man-Bat alter ego, able to keep the beast and himself out of trouble. But now his control is slipping, with horrifying consequences for the people around him. And two more of Batman’s biggest foes have plans to turn Man-Bat’s predicament to their advantage! Don’t miss this stunning new vision of a classic character, one that returns him to his original, terrifying roots!
Vol 4: February 2 2021
For years Kirk Langstrom has struggled with his monstrous alter ego, Man-Bat, and the serum that transformed him. But he’s finally hit rock bottom following a devastating setback, and he’s going to take his anger out on every single citizen of Gotham City. Will the combined might of Batman and the GCPD be enough to stop Langstrom once and for all? Or will this just be the start of Man-Bat’s devastation?