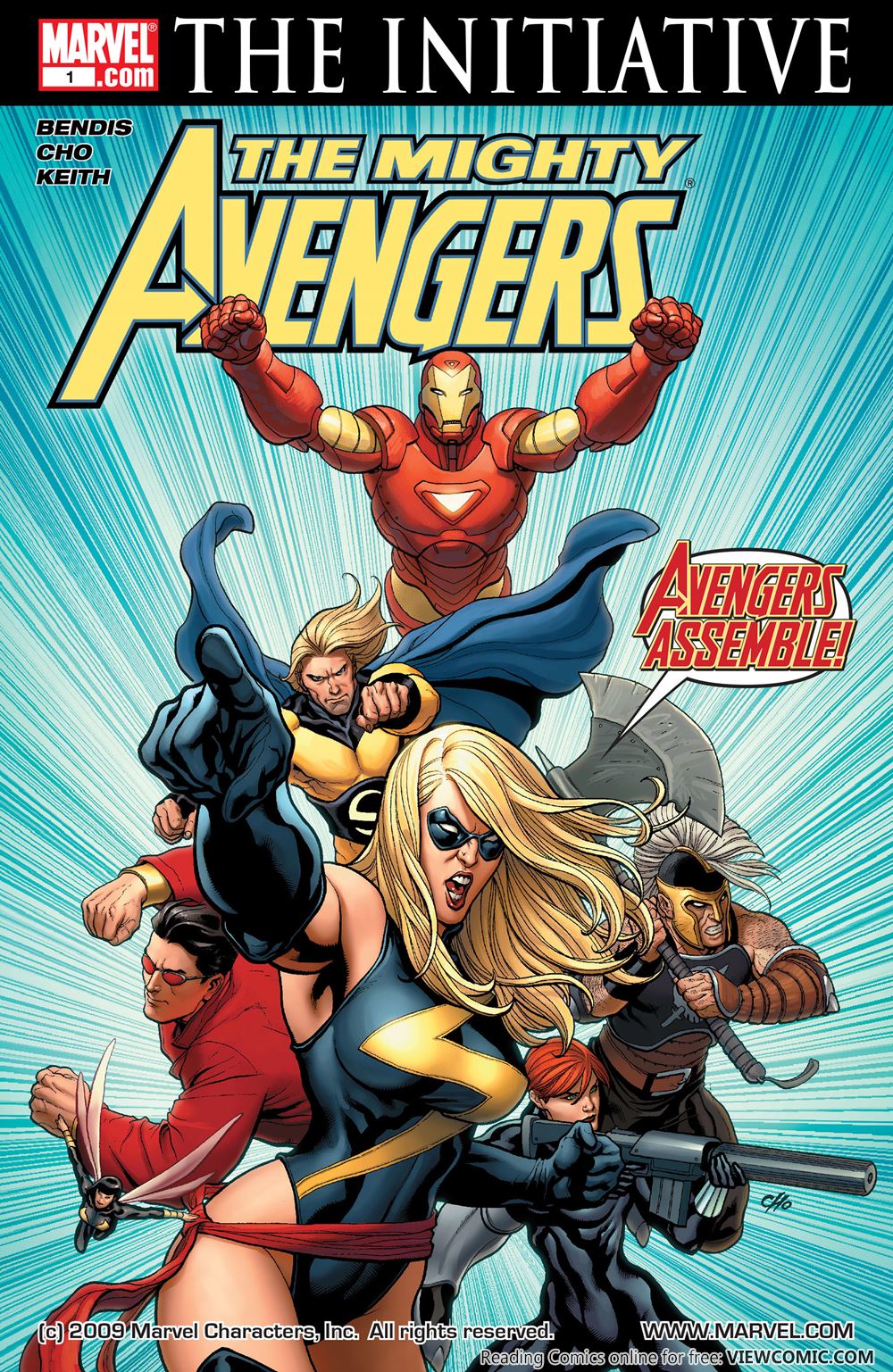 Vol 1: May 2007 – June 2010
The wait is over!! The Mighty Avengers assemble!! Gathered together to be the greatest Avengers team ever, but who picked them?? And why?? And which A-list Avengers villain returns, revamped and reloaded for the ultimate revenge. Big super hero adventures every month from the multi-award winning team of Bendis and Cho.
On their first mission, the newly formed team of Avengers find themselves fighting huge monster creatures in Manhattan. A flashback reveals Tony Stark showing Ms. Marvel his new red and gold S.H.I.E.L.D. helicarrier. He tells her he has a new job for her as leader of the Avengers. With the 50 state Initiative, Stark and Ms. Marvel are able to choose who they want on the team. They discuss several different options. When Carol mentions the dynamic of members like Spider-Man and Luke Cage, Stark goes quiet. He tells her that eventually they’ll have to bring them in. He says if they don’t, S.H.I.E.L.D. will.
As the team fights the monsters, they finally are able to confront Mole Man. He accuses them of invading his world. His underground world is destroyed. Suddenly Iron Man’s armor begins to change shape. After an flash of bright light, in the place where Iron Man was now stands a woman. Ultron is online.
Vol 2: November 2013 – November 2014
The Avengers are light-years away in space, contending with the Builders! Thanos’ marauders ransack the Earth, doing as they please! Who will stand in defense of mankind?Luke Cage! The Superior Spider-Man! Spectrum! The White Tiger! Power Man! And a mysterious figure in an ill-fitting Spider-Man Halloween costume! These unlikely heroes must assemble when no one else can—against the unrelenting attack of Proxima Midnight!