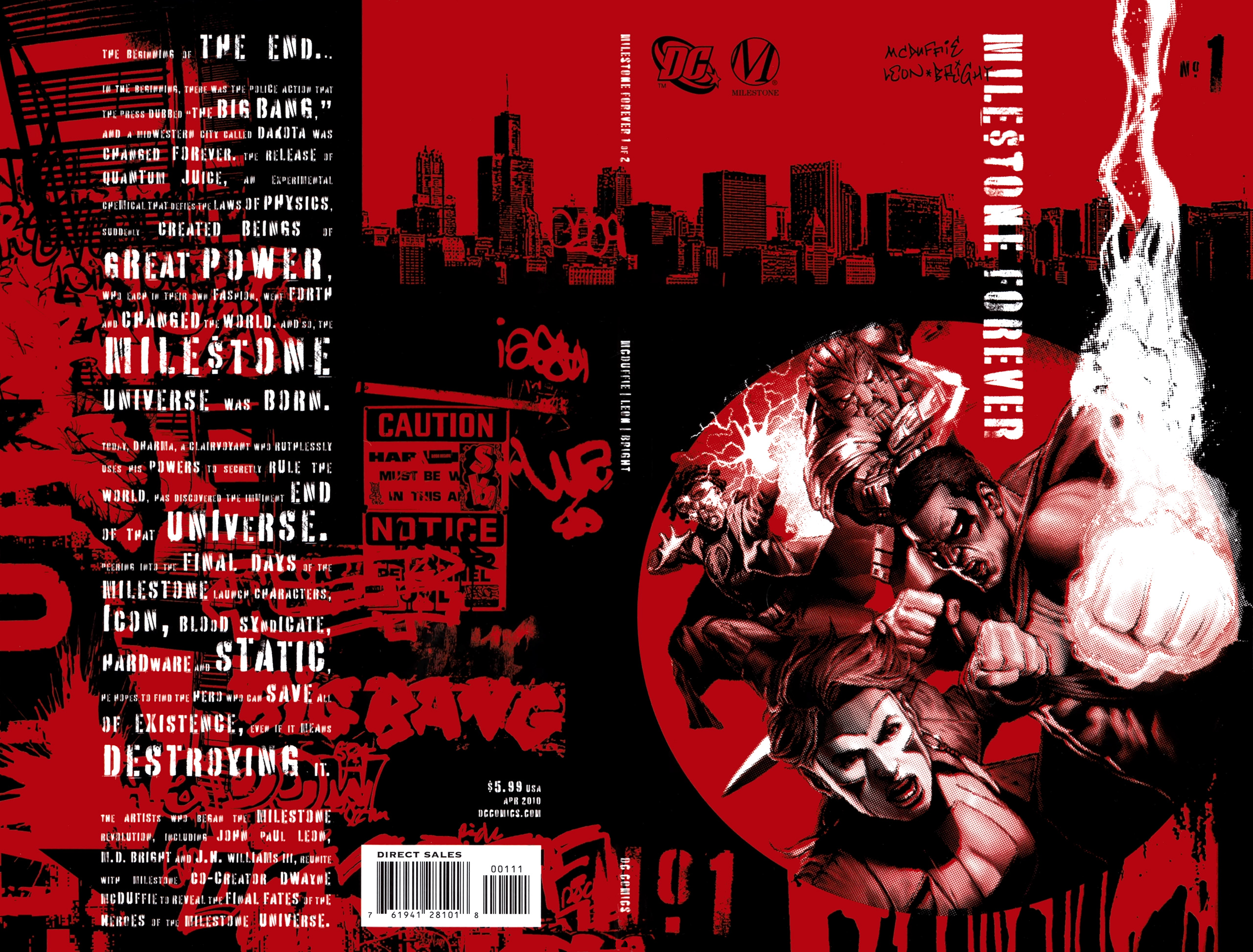 Vol 1: April 2010 – May 2010
DC Comics and Milestone Media entered into an unprecedented creative partnership 16 years ago this month by producing 14 interlocking, creator-owned titles including HARDWARE, ICON, and the multimedia hit that would best be known as STATIC SHOCK. Now, nine Parents Choice Awards, four Eisner Award nominations, and one Emmy and Humanitas Award-winning hit TV series later, Milestone is back, its continuity mysteriously merged with the DCU.
While we saw the DC side of the story in JUSTICE LEAGUE: WHEN WORLDS COLLIDE, the 2-issue MILESTONE FOREVER gathers the original artists from Milestone’s launch titles – including John Paul Leon, Mark Bright, Chris Cross and Milestone founder Denys Cowan – to complete the tales told in the original runs of STATIC SHOCK, ICON, HARDWARE, SHADOW CABINET and BLOOD SYNDICATE. Milestone editor-in-chief Dwayne McDuffie reveals the final fate of each of Milestone’s launch characters in a bittersweet tale that chronicles the literal end of a universe and the birth of something new…with major consequences for the future of the DC Universe.