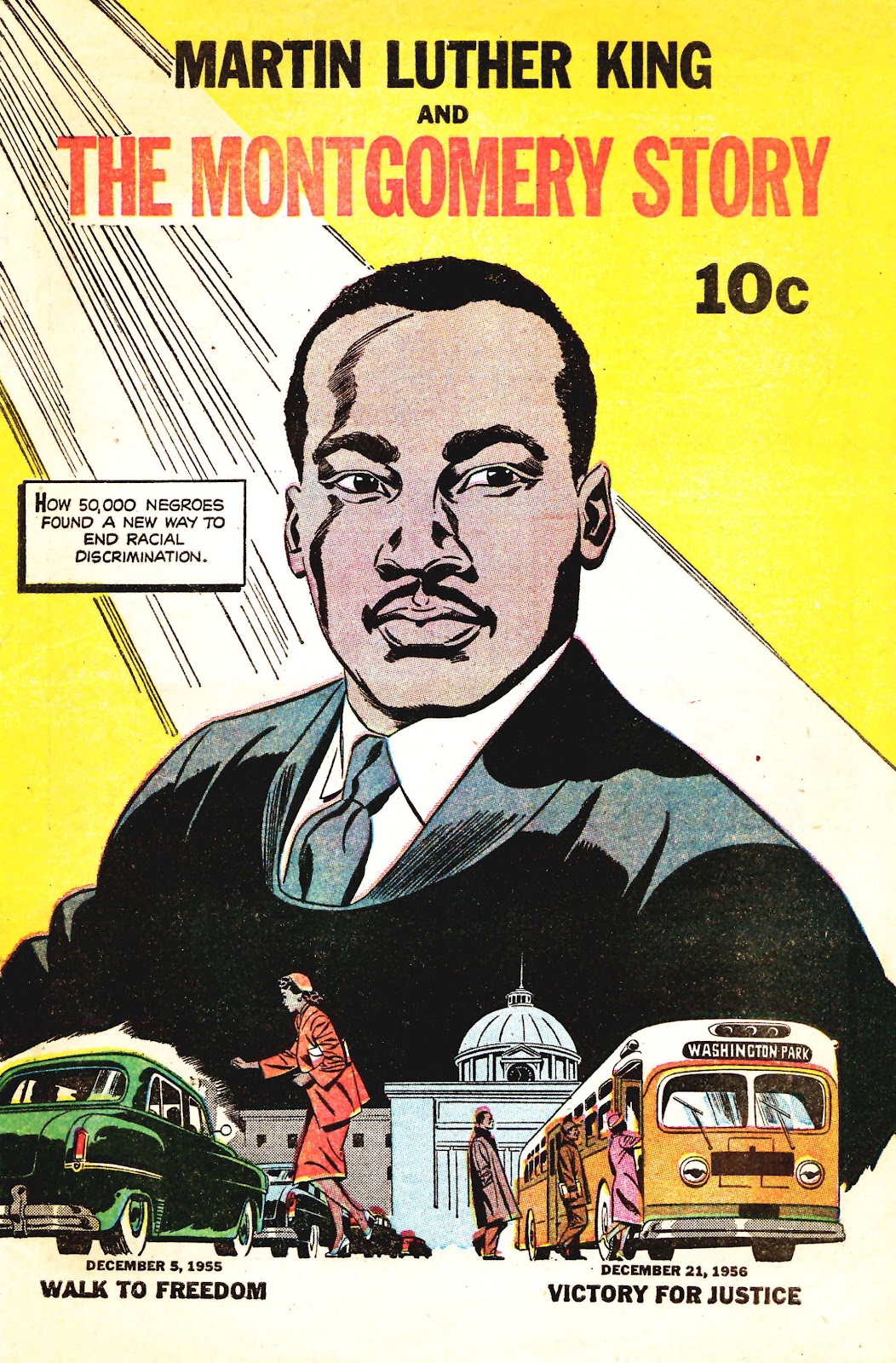 Vol 1: November 20 2013
Nearly sixty years after its creation, a little-known landmark of comic book history returns! This 16-page comic is a simple but revolutionary account of the 1955 Montgomery Bus Boycott, in which Rosa Parks, Dr. King, and 50,000 others used the power of nonviolence to battle segregation on city buses — and win.
First published in December 1957 by the Fellowship of Reconciliation, it went unnoticed by the mainstream comic book industry but spread like wildfire among civil rights groups, churches, and schools, helping to mobilize a generation to join the global fight for equality — nonviolently.
Personally endorsed by Martin Luther King, Jr. himself, over time this comic book has reached beyond his time and place to inspire activists in Latin America, South Africa, Vietnam, Egypt, and beyond… as well as inspiring MARCH, the new graphic novel trilogy by Congressman John Lewis, Andrew Aydin, and Nate Powell…