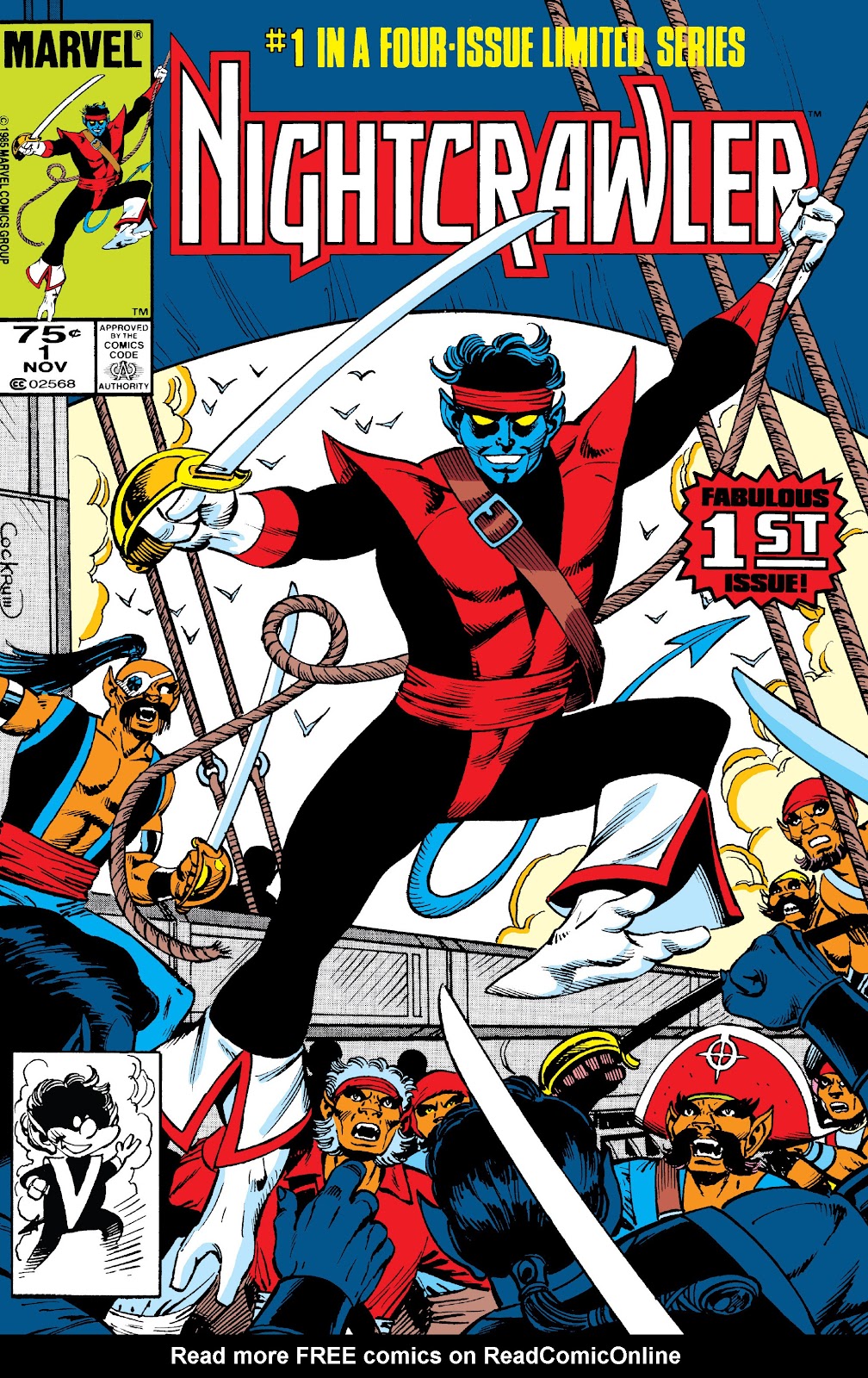 Vol 1: November 1985 – February 1986
Marvel’s strangest mutant takes to the skies in his own mini-series! Kurt Wagner is more than the X-Man Nightcrawler- once a circus performer, Kurt still harbors dreams of swashbuckling adventure and derring-do. And those dreams may well become reality! While attempting to rescue Kitty Pryde’s dragon Lockheed, Nightcrawler is transported to an alien dimension of high-flying pirates, sorcery, and plenty of plunder!
Vol 2: February 2002 – May 2002
At last, the swashbuckling mutant teleports into his own X-Men Icons mini-series! Kurt Wagner has seen many things in his time as a member of the X-Men: distant lands, deadly adversaries, even galaxies far, far away. But closer to home, there are evils that he’s never faced, evils that will test his courage and faith like never before! As with CYCLOPS and ROGUE, NIGHTCRAWLER is being produced both for the veteran and casual reader in mind. This is the definitive Nightcrawler: who he is… why he is a hero… and what he believes in.
Vol 3: November 2004 – January 2006
The X-Man known as NIGHTCRAWLER is a man with a foot in two worlds-one the daylight world of super heroes and super-villains, the other a netherworld of demons and angels, ghosts and monsters.
Vol 4: June 2014 – May 2015
NIGHTCRAWLER IS BACK! Newly-returned from the afterlife, veteran X-Man Kurt Wagner finds himself in a world that’s a far cry from the one he left: Professor Xavier is dead, Cyclops is on the run, and the X-Men are divided. But determined not to let his new lease on life go to waste, Nightcrawler hits the road alongside Wolverine, eager to right some wrongs and safeguard the future mutantkind… and he’s going to do it by the means he loves most: swashbuckling, lady-charming and-of course-BAMFing!