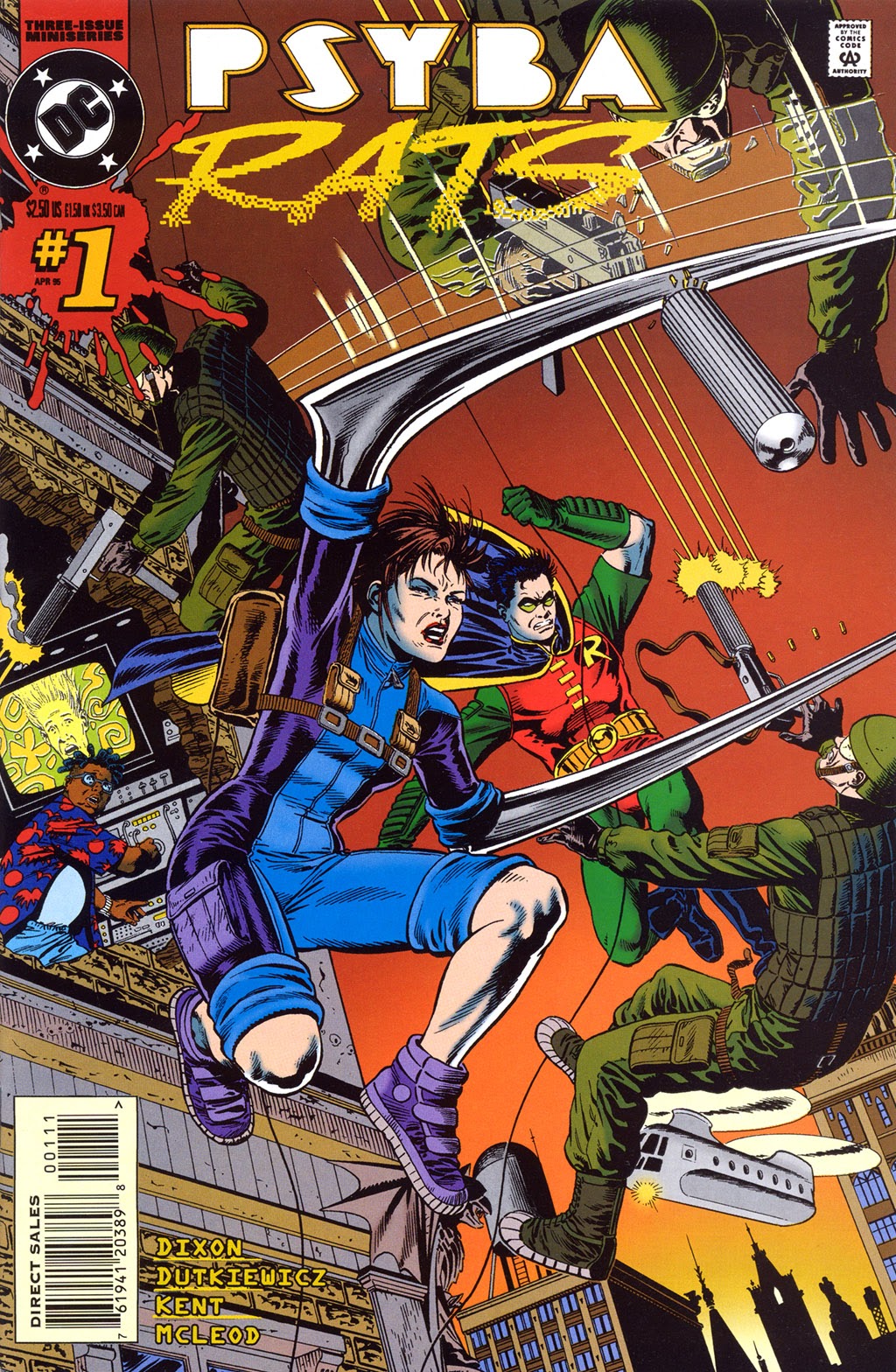 Vol 1: April 1995 – June 1995
The issue opens with the Psyba-Rats breaking into the second story of a house in the woods.Razorsharp has managed to bypass a sleeping old man, but is discovered by the man’s granddaughter. Razorsharp outruns the guard dogs and escapes, taking with her the data that will earn the Psyba-Rats a cool two million. Razorsharp learns that Hackrat’s plan for the two million is to help diagnose whether or not her shapeshifting ability is detrimental in the long-term. The Psyba-Rats get a signal on where to meet their client and pass along the data.
Meanwhile, the old man’s son, Mr. Branchwater, learns of the theft. He has her daughter hypnotized, under hypnosis she remembers Hackrat’s name. Branchwater sends a squad to retrieve “The Collector,” a data-broker who may know who “Hackrat” is. Branchwater tortures the Collector to get him to reveal all he knows about the Psyba-Rats.
The Rats are back at their base, enjoying the two million dollar payout. Razorsharp thinks she hears something, and she and Hackrat take cover as their apartment is strafed with gunfire. Branchwater’s troops assault the apartment via helicopter. Razorsharp manages to take out the helicopter. Hackrat discovers Channelman’s dead body. Hackrat grabs the disc, and the two flee before more of Branchwater’s troops arrive…