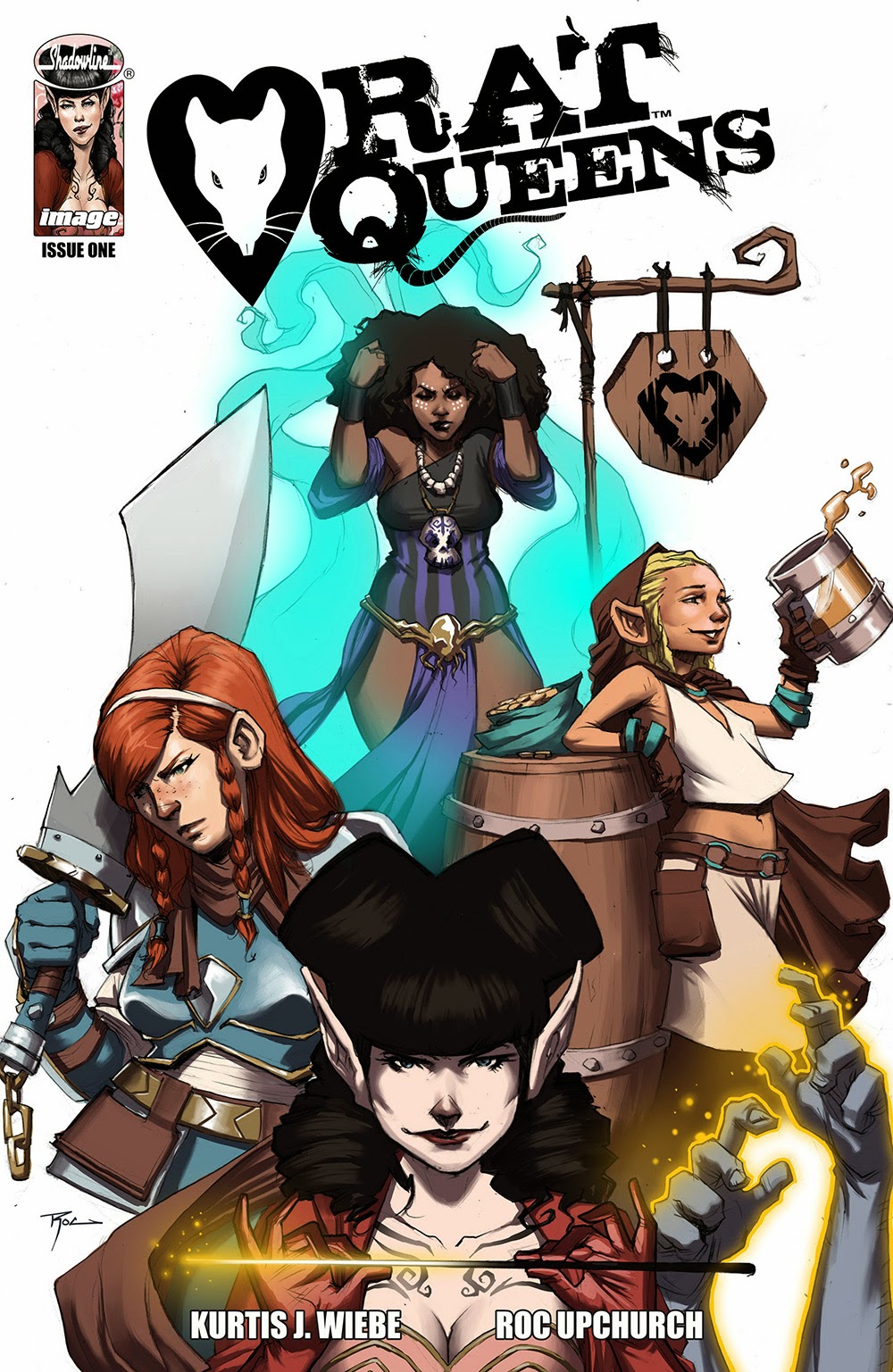 Vol 1: September 2013
Who are the Rat Queens? A pack of booze-guzzling, death-dealing battle maidens-for-hire, and they’re in the business of killing all gods’ creatures for profit.

Someone wants to kill the Rat Queens? The girls are seeing red and there’s only one thing to do about it; get really, really drunk. And, eventually, maybe get to the bottom of who’s trying to kill them. Because, let’s be honest, they already know why.


Vol 2: March 1 2017
“CAT KINGS AND OTHER GARYS,” Part Three: A mysterious quest for a local gourmet chef leads the Queens on a raucous adventure far outside the safety of Palisade’s walls. What possible trouble could a gang of five heavily armed women get into while hunting for rare mushrooms?”