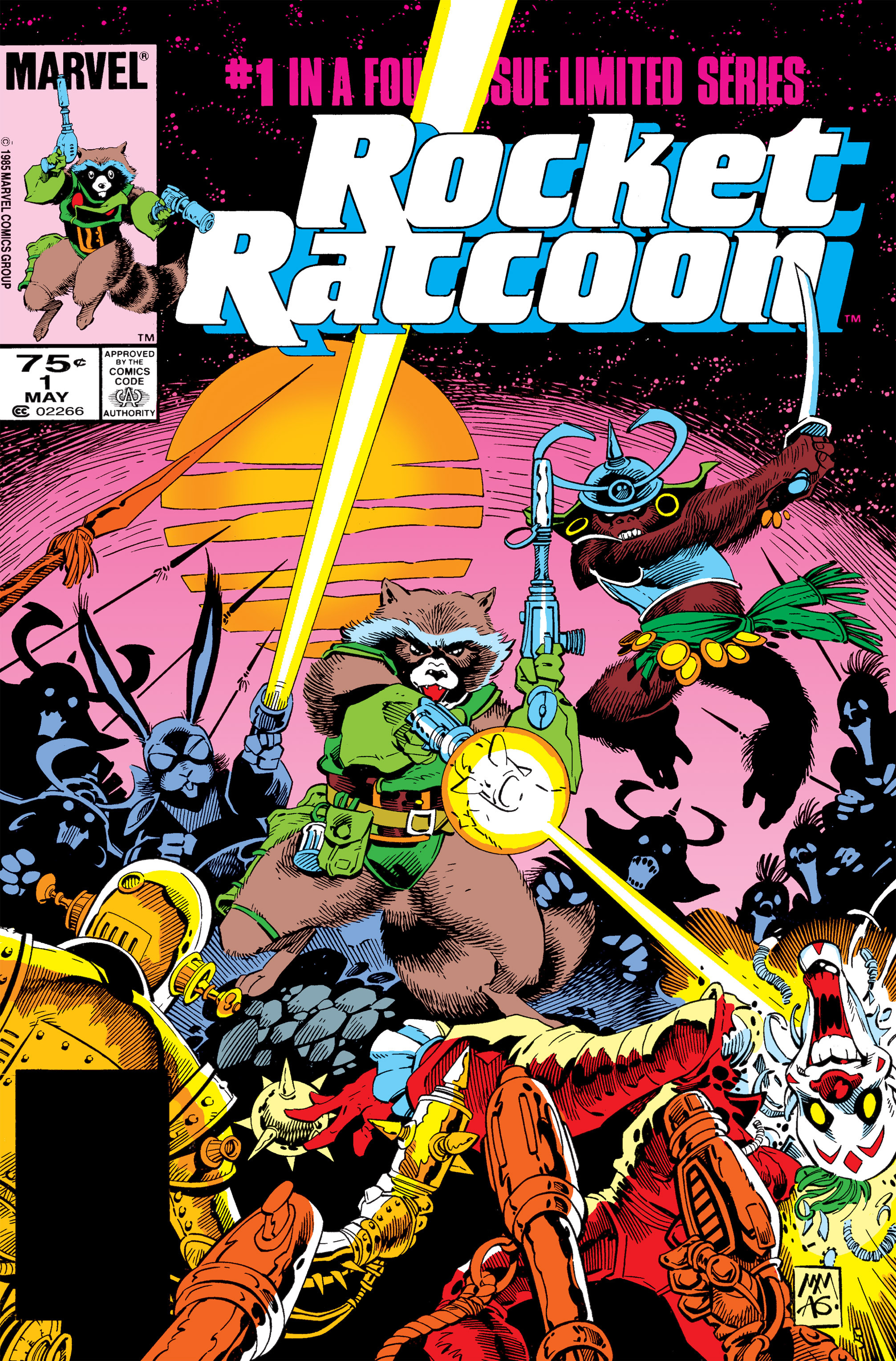 Vol 1: May 1985 – August 1985
A dazzling crazy adventure in Halfworld! This mini-series re-introduces us to the crazy goings on in the whacky world of misfit (nuts) humans and their animal caregivers.
Vol 2: September 2014 – July 2015
ALL-NEW, IN-CONTINUITY SERIES! As defenders of the cosmos go, Rocket Raccoon has faced his fair share of galactic battles. He’s been a hero to the weak, a champion of good, a protector of the innocent, a heartthrob to the many intergalactic female species and now–a raccoon on the run?! ( I’m sorry, I’m sorry, a ‘formidable-and-expert-Guardian’ on the run. Rocket is NOT a raccoon, okay?) Rocket’s high-flying life of adventure and heroism may soon be a thing of the past when he becomes a wanted man-and the authorities are not the only one on his TAIL! (We’ll definitely be overusing that pun!) Superstar creator Skottie Young brings his A-game as writer and artist on the series we’ve been waiting decades for. Because let’s be real, this is the only Guardian of the Galaxy you actually care about. Am I right?
Vol 3: December 28 2016
GROUNDED! From the pages of Guardians of the Galaxy, Rocket has found himself stuck in the LAST place he wants to be—the backwards, no-class, pit of a planet called Earth. It’s where those dumb furry things people say he looks like are from! One thing is clear—it doesn’t matter who or what gets in his way…he’s gotta get off this mudball, NOW. Easier said than done.