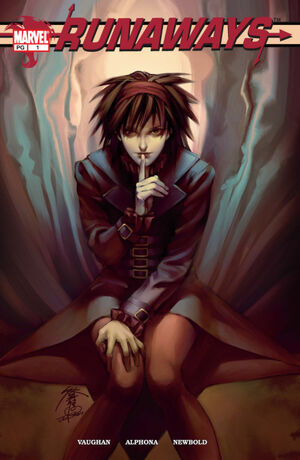 Vol 1: July 2003 – November 2004
In Pride & Joy, six young friends discover their parents are all secretly super-powered villains! Finding strength in one another, the shocked teens run away from home and straight into the adventure of their lives – vowing to turn the tables on their evil legacy. In Teenage Wasteland, the Runaways find a kindred spirit in a daring young stranger and welcome him into their fold. But will this dashing young man help the teenagers defeat their villainous parents… or tear them apart?
Vol 2: April 2005 – August 2008
When a group of teenagers discovers that their parents are actually super-villains, they run away from home… but that’s only step one! Now that the evil Pride is gone, nearly every bad guy in the Marvel Universe is trying to fill the power vacuum in Los Angeles, and the Runaways are the only heroes who can stop them! Plus: What does a mysterious new team of young heroes want with the Runaways, and which fan-favorite Marvel characters are part of this group?
Vol 3: October 2008 – November 2009
Comics legend Terry Moore (Strangers in Paradise, Echo) and super-star artist Humberto Ramos (X-Men, Wolverine, Spider-Man) run back to Los Angeles with your favorite teen heroes. But it’s not the same city they left so long ago.
Vol 4: August 2015 – November 2015
The best and brightest teens from all corners of Battleworld are chosen to attend a prestigious school on the planet’s capital! But what does the new class do when they discover the school’s beloved headmaster is actually a diabolical super villain? RUN AWAY! A SECRET WARS story like none other from the remarkable minds of Noelle Stevenson (LUMBERJANES) and Sanford Greene (UNCANNY AVENGERS)!
Vol 5: November 2017
GET READY TO RUN! The “IT” book of the early 2000s with the original cast is back – Nico! Karolina! Molly! Chase! Old Lace! And, could it be? GERT?! The heart of the Runaways died years ago, but you won’t believe how she returns! Superstar author Rainbow Rowell (Eleanor & Park, Carry On) makes her Marvel debut with fan-favorite artist Kris Anka (ALL-NEW X-MEN, CAPTAIN MARVEL) in the series that will shock you and break your heart!