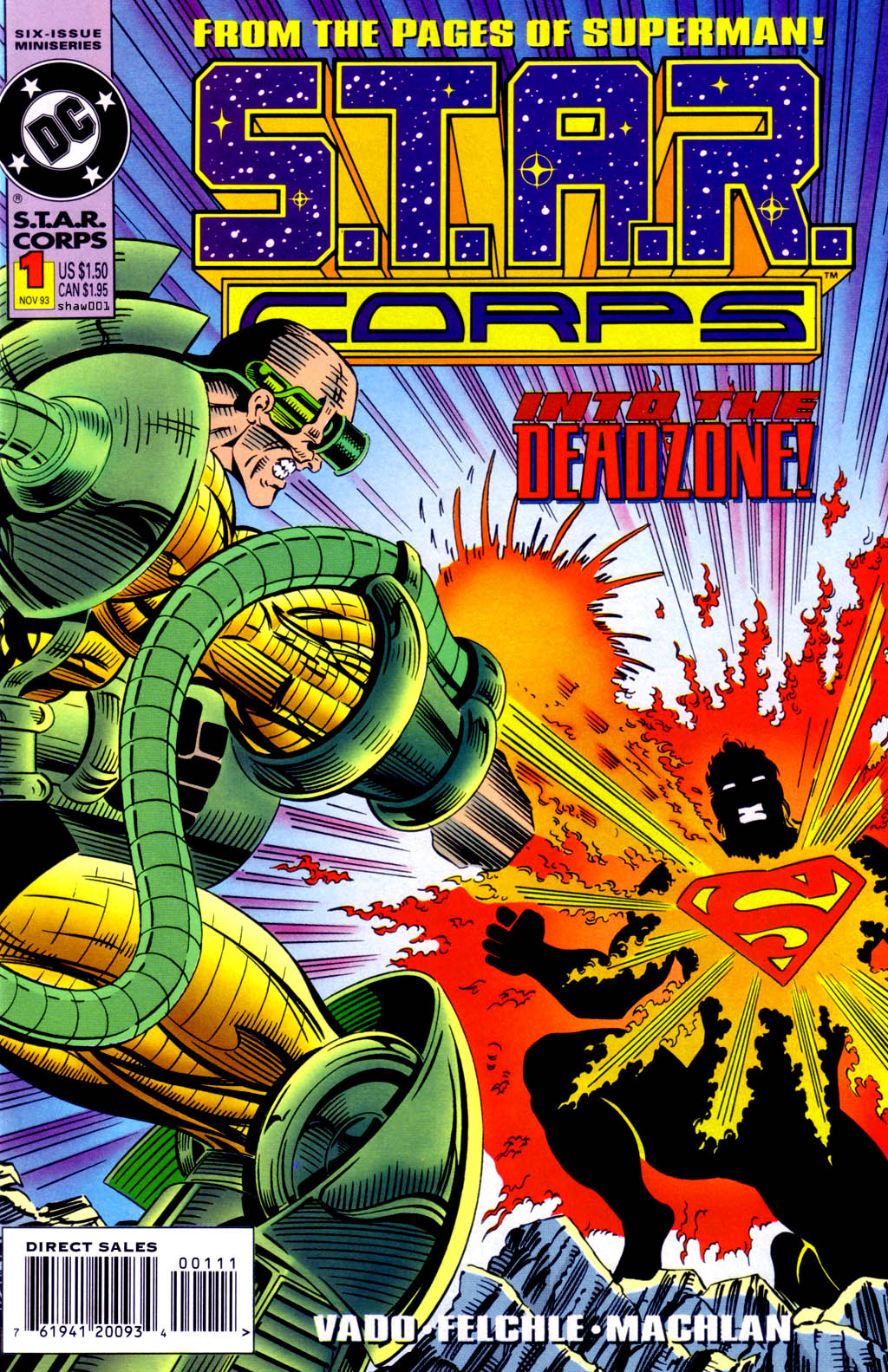 Vol 1: November 1993 – April 1994
The creation of powerful new heroes is just a part of the excitement in S.T.A.R. CORPS, an action-packed 6-issue miniseries blazing its way through the DC Universe, featuring a battle with Superman in issue #1. At the grand opening of the newly-rebuilt Metropolis S.T.A.R. Labs facility, the intelligent computer Mindgame decides to alter the design of a deadly battlesuit. Fusing it to the nervous system of a test subject, Mindgame turns him into Deadzone, the first of five superhuman adventurers who become the S.T.A.R. CORPS. S.T.A.R. Labs Chief of Operations David Ramsey is striving to rebuild the organization’s reputation as the world’s preeminent research conglomerate. To do so, he authorizes the Silicon Valley division to network all the labs through Mindgame…only to learn too late that Mindgame has capabilities more shocking than he ever imagined.