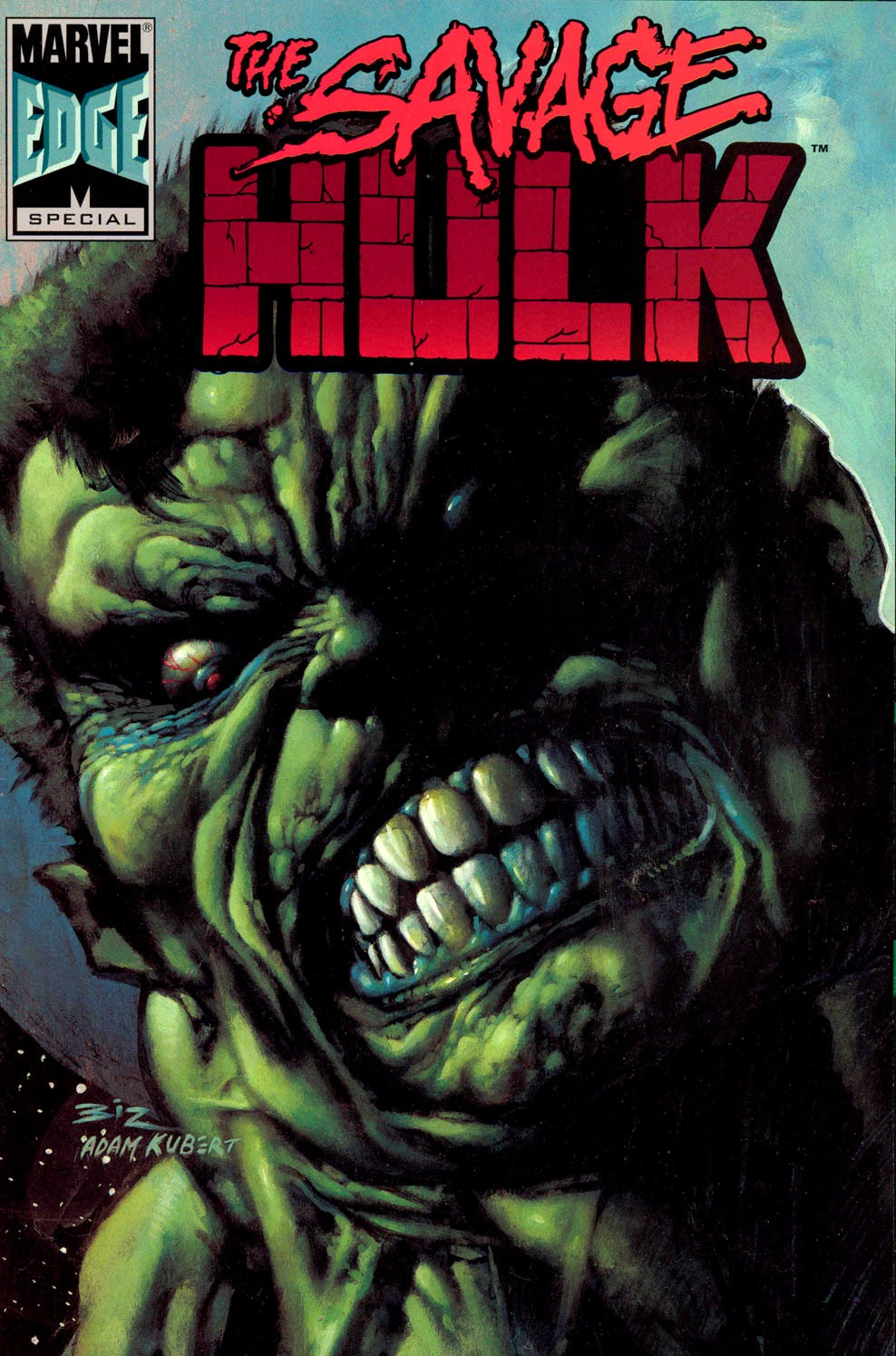 Vol 1: January 1996
It came upon this Earth from out of the heart of a Gamma Bomb explosion. A terrifying monster of unlimited strength and ferocity, it left destruction wherever it trod. This creature was the dark thing inside Dr. Bruce Banner. Unbeatable, unstoppable… it finally was imprisoned withing Banner’s own tortured mind.
And now, for the first time in nearly a decade, the monster is unleashed. From the deepest recesses of mankind’s soul comes…
The Savage Hulk!
Vol 2: June 25 2014
Collects Savage Hulk #1-4, X-Men (1963) #66.
Learn the startling secret of Professor Xavier’s connection to Bruce Banner! While Hulk and Abomination have the clash of the century, Xavier puts his plan into motion. But is he trying to save Banner, or terminate the Hulk? Or both? And Xavier isn’t the only one with far-reaching plans, as the Leader makes his presence known! With the Hulk trapped in an unbelievable place, and the X-Men under lock and key, who — or what — is the newest gamma-powered goliath? It’s robots, mutants and Hulks, oh my! Plus: a blast from the Silver Age past: the Hulk’s first encounter with the X-Men from the swingin’ sixties!