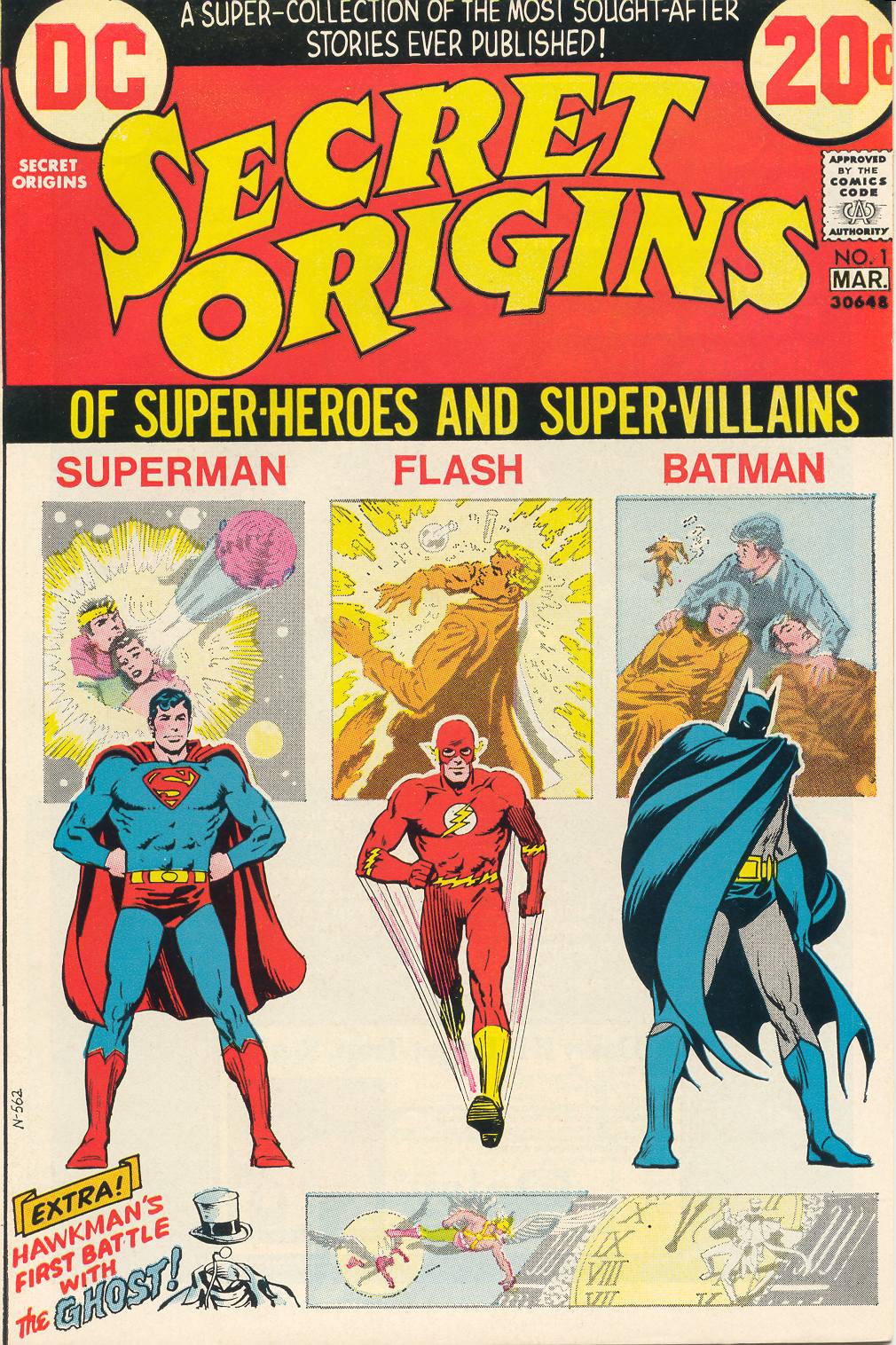 Vol 1: Feb/Mar 1973 – Oct/Nov 1974
This 7 issue series did exactly as its Title Suggests and re-told the Secret Origins of the characters featured in each issue. A great opportunity for new readers to get in with their favourite hero from the beginning, Rather than having to shell out for expensive originals, these classic tales were now available to a new generation of readers.
Vol 2: April 1986 – August 1990
Secret Origins ran a total of four years and is most notable for explaining the post-Crisis origin of many DC Comics characters. While the series addressed many mainstream character origins, it also succeeded in bringing to light the back stories of more obscure DC characters such as The Creeper, Rocket Red, and Plastic Man. Secret Origins often put villains on center stage as well as heroes, with each issue generally running in a 48 page, double-sized format.
As writers continued to build on DC characters post-Crisis, many origins in this series were retconned over the following years. Captain Marvel, Power Girl, and Hawkman are such examples.
Vol 3: June 2014 – May 2015
Delving into the DC Comics-The New 52 origins of the universe’s greatest heroes, including Superman, Supergirl, Batman and Robin, and more!