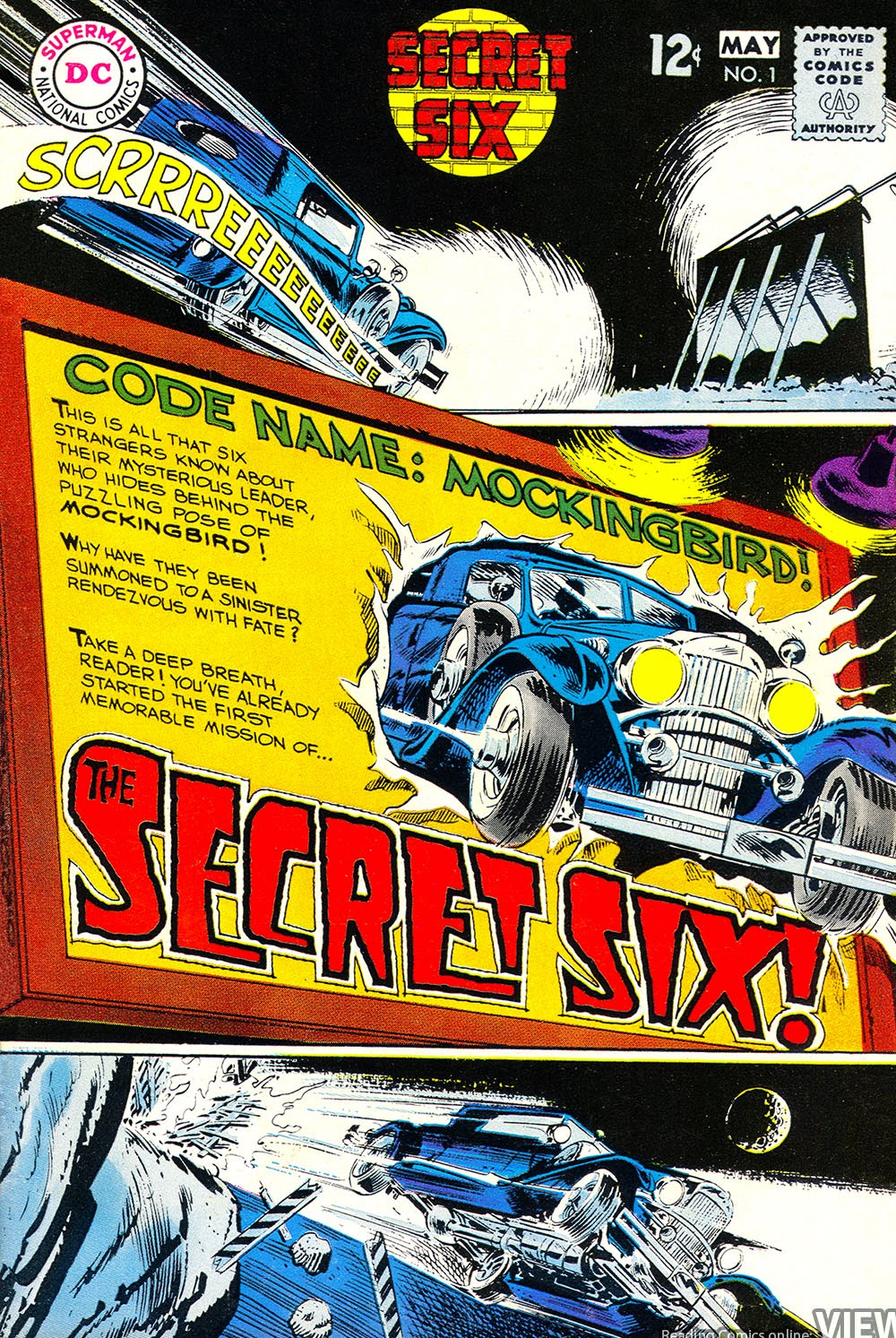 Vol 1: Apr/May 1968 – Apr/May 1969
Writer E. Nelson Bridwell and artist Frank Springer brought together six individuals who all possessed special skills and dark secrets, and were all being blackmailed into the service of the faceless Mockingbird. The Secret Six was made up of boxing champion Tiger Force, nuclear physicist August Durant, illusionist Carlo Di Rienzi, mistress of disguise Lili de Neuve, pilot and stuntman King Savage, and femme fatale Crimson Dawn. The Secret Six’s first mission was a success, with the team stopping villain Zoltan Lupus from demonstrating his weapons of mass destruction.
Vol 2: July 2006 – December 2006
From the pages of VILLAINS UNITED comes SECRET SIX, written by Gail Simone (BIRDS OF PREY) with art by Brad Walker and Jimmy Palmiotti! They’re a mysterious team with a confidential roster that walks the line between good and evil–they take on the dirtiest, craziest missions in the DCU!
Vol 3: November 2008 – October 2011
Because you demanded it! The Secret Six are back in an all-new ongoing series that promises to deliver some of the darkest, most twisted action-adventure the DC Universe has seen since… well, the last time the Secret Six got together! Writer extraordinaire Gail Simone (BIRDS OF PREY) is reunited with BIRDS penciller Nicola Scott to chronicle the adventures of the Six, and you will not believe what they have in store.
Vol 4: January 2015 – July 2016
THE SECRET SIX! Six strangers are brought together under mysterious circumstances for an explosive first issue that will leave everyone asking, “What is the Secret?”