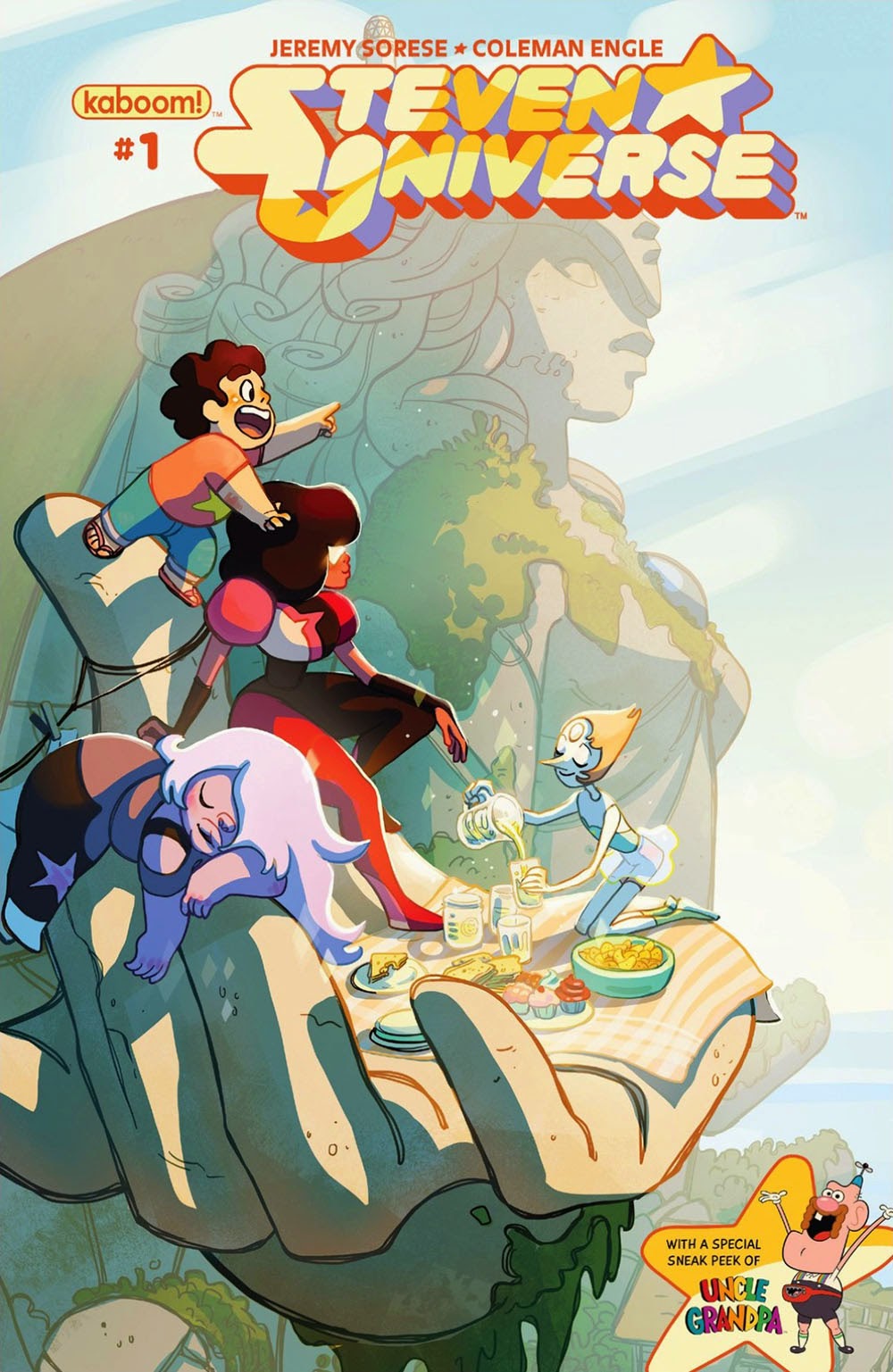 Vol 1: August 2014
Steven really wants to enter the annual Beach City Bike Race but everyone else is a little worried. Steven just makes the cut off for age, which means the other bikers will be a lot older than him. Connie agrees to help Steven the old-fashioned way through good ol’ exercise but Garnet, Amethyst and Pearl have other plans… Vol 2: February 2017
We’re bringing Steven Universe back to comic books with more Steven, more gems, and more of the characters we all love in an all-new ongoing series!
Writer Melanie Gillman (As the Crow Flies) and artist Katy Farina (The Amazing World of Gumball) are teaming up for the start of a new series of adventures for the entire gang.
Based on Cartoon Network’s Emmy-nominated series, created by The New York Times best-selling author Rebecca Sugar, Steven Universe follows Steven, the “little brother” to a team of magical guardians of humanity—the Crystal Gems. The show is currently in its fourth season and has earned millions of fans of all ages worldwide.
In this kickoff issue, Steven, Lapis, and Peridot rescue a baby songbird on the ground outside the barn and work together to reunite it with its mother.