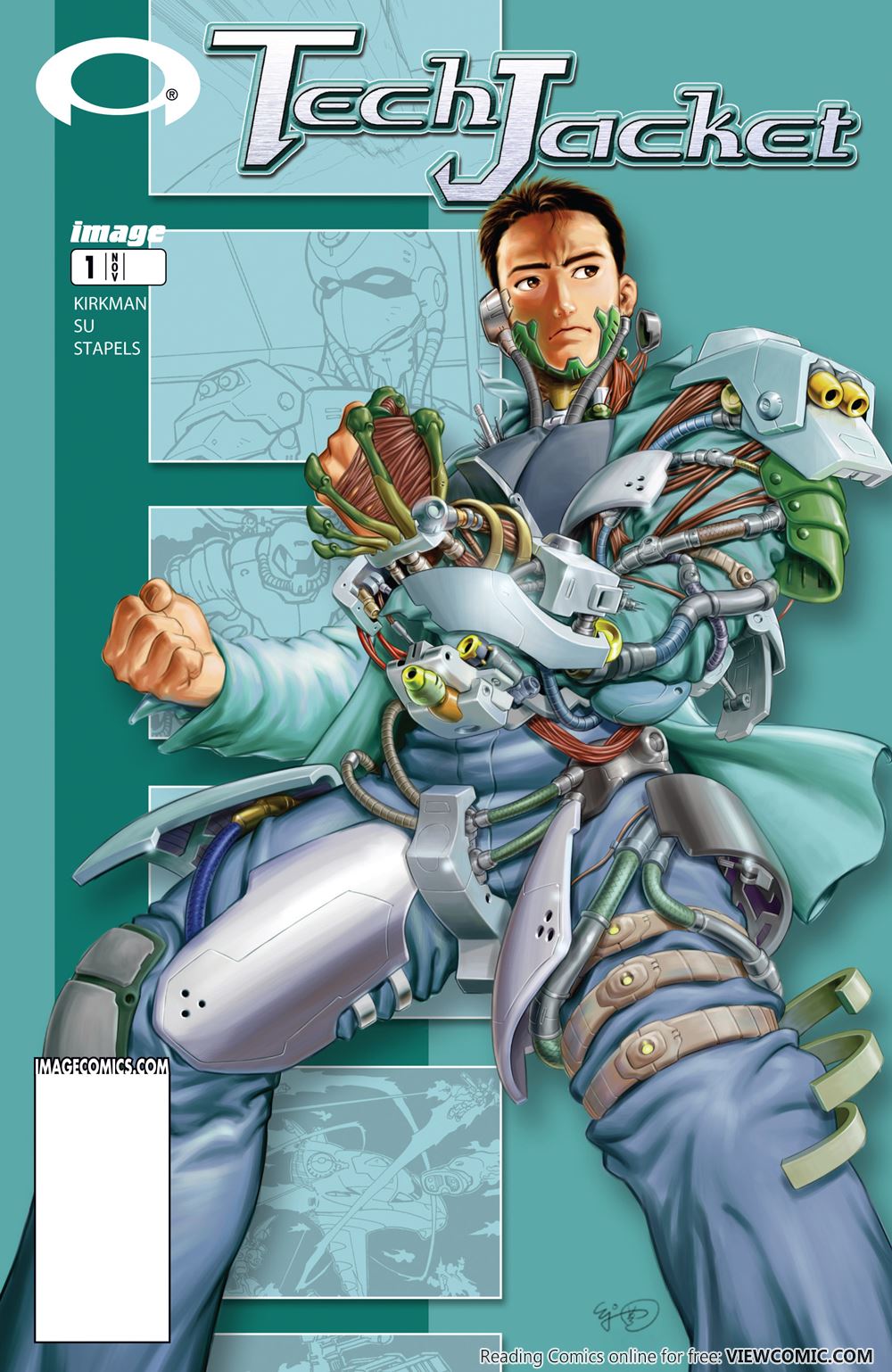 Vol 1: November 2002 – April 2003
Zach is a normal high school student trying to date girls and the Geldarians are a normal race of space aliens fighting intergalatic battles to fend off an onslaught that threatens to end their race….normal-ish. The Geldarians, being highly intelligent but physically small, have developed what they call Tech Jackets. These Jackets stay with a Geldarian their whole life and like people are trained to do certain tasks. They can only be removed at death. When the Geldarians crash land on earth you can bet Zach’s going to aquire some new outer wear.
Vol 2: July 2014 – December 2015
A new ongoing series from the creative team who brought you the hit TECH JACKET DIGITAL mini! Zack Thompson: community college drop out, lives with his parents… This is who protects us from what lies beyond our world?! But he’s also Tech Jacket, the self-styled “Galactic Guardian of Earth,” and when a big-ass space ship enters Earth’s orbit, Zack will face the greatest challenge of his life!