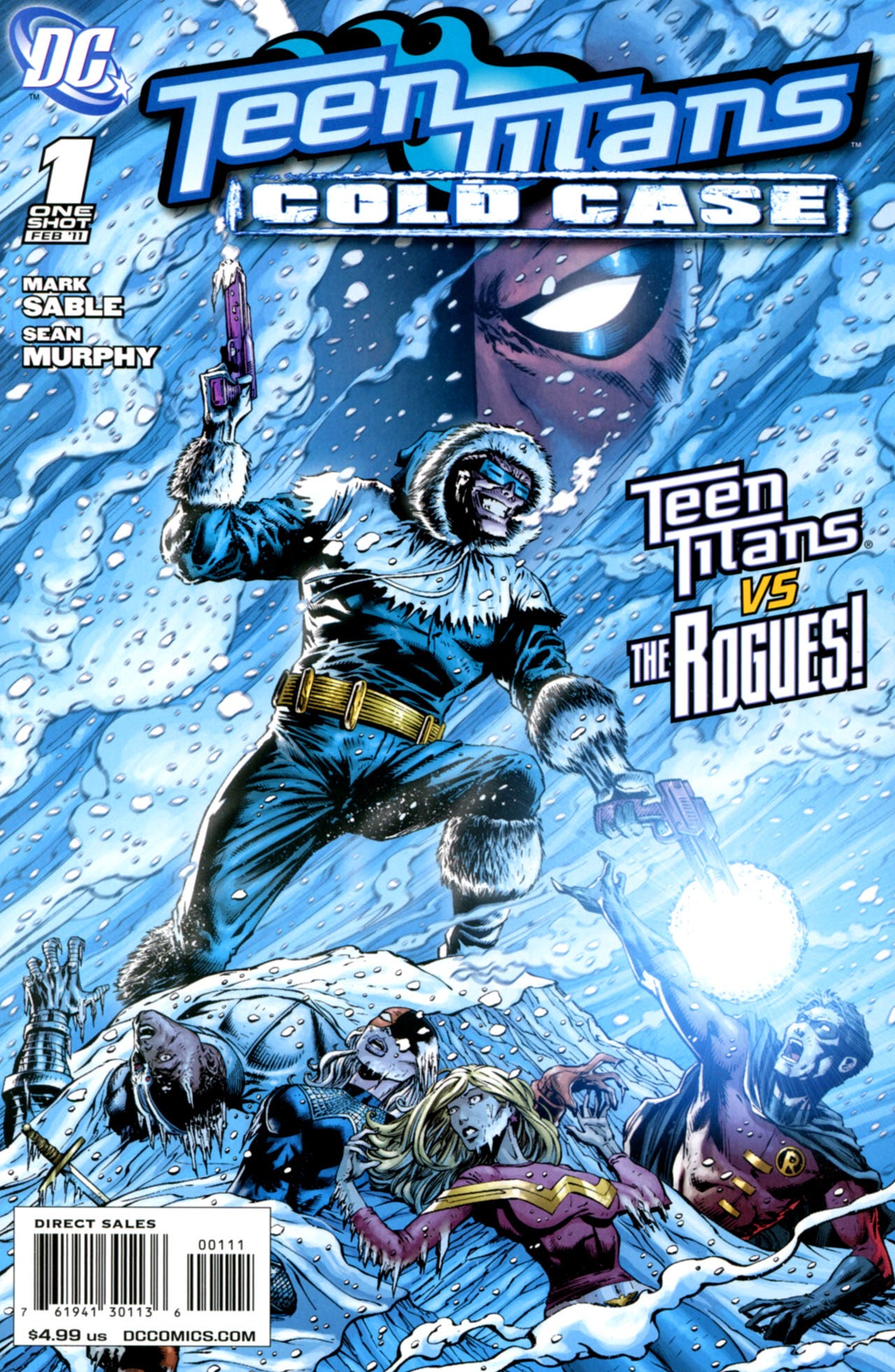 Vol 1: February 2011
Don’t miss this untold tale from writer Mark Sable (Grounded, TWO-FACE: YEAR ONE) and red-hot artist Sean Murphy (JOE THE BARBARIAN) bringing the Teen Titans and The Flash’s Rogues Gallery into direct conflict! Two people already died over a mysterious object, and now both teams want it. How much more blood will be spilled to obtain it as this gets deadly personal for all involved?
The day before father’s day, Tim Drake has a nightmare, which reenacts the night his father Jack Drake was murdered by Captain Boomerang. Tim awakens from the nightmare to find Rose Wilson in his bed, he kicks her out but this alerts the rest of the Titans who come running to see what the commotion is. Kid Devil comes to Rose’s aid, Wonder Girl storms off, and Cyborg stays behind to talk to Tim, but Tim pushes him away.
Rose goes for a walk outside and is contacted by Slade, her father, who tells her he left her a present for her and Tim. Rose fallows Slade’s clues and finds a mirror portal. Before she can use it Kid Devil stops her and offers his assistants. The pair then try to ambush the Rogue on the other side of the portal and get a briefcase Slade promised the present was in, but they are captured instead.