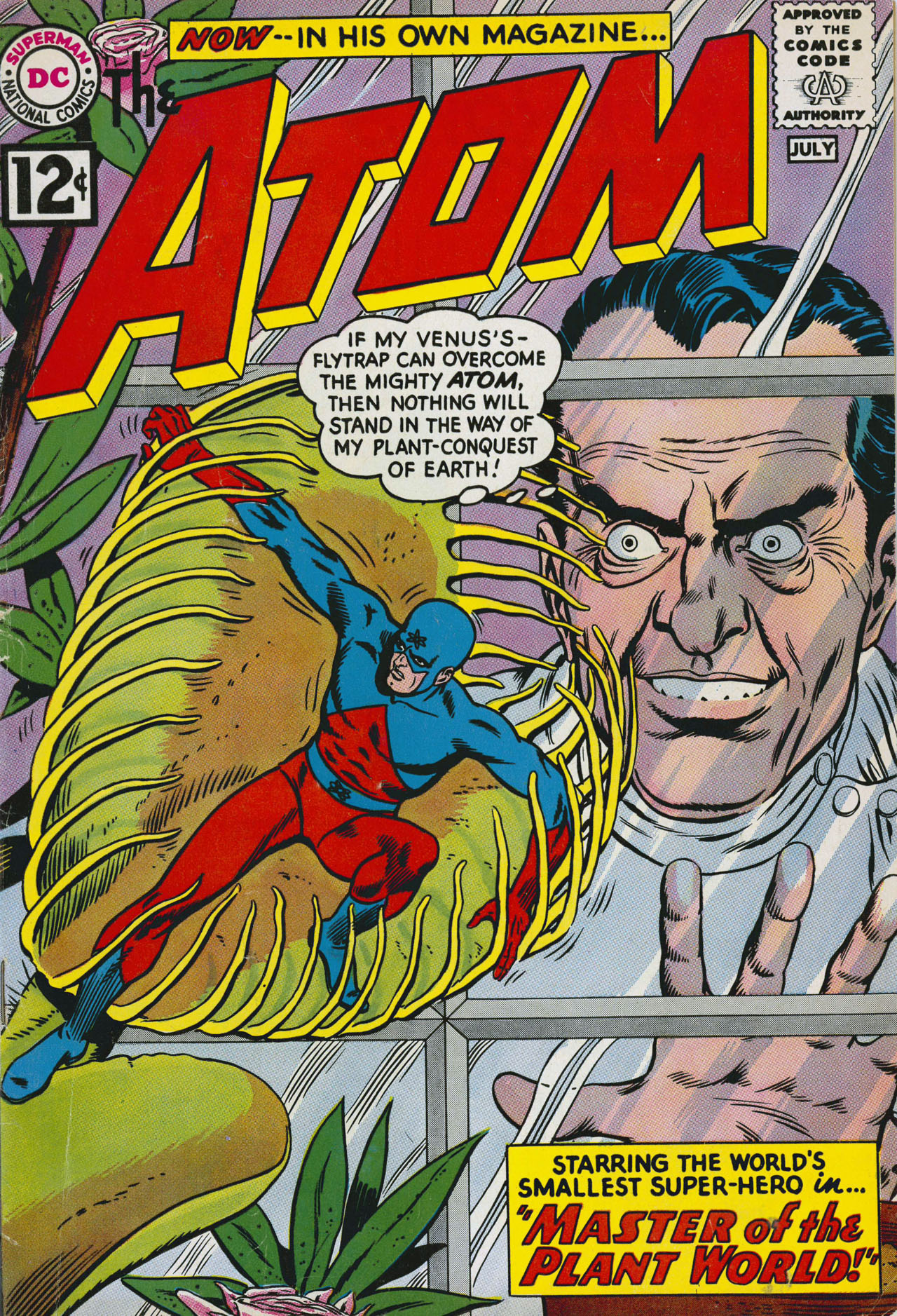 Vol 1: Jun/Jul 1962 – Aug/Sep 1968
“Master of the Plant World!” – When a series of mysterious robberies occur which involve strange highly intelligent plants, Ray Palmer decides to investigate as the Atom when he learns about the strange circumstances from Jean Loring.
As the Atom, Ray follows Jean as she goes on fact finding about the type of plants that are used, and decides to wait out in a green house to keep a secret eye on Jean. When Jean nods off, Atom notices a group of Dryads that suddenly spring out of the flowers and fly away on petals. Atom follows after them and learns that they are under the control of a criminal called the Plant Master, who intends to use his mutated plants to try and take over the world.
Trying to stop the Planet Master, the Atom is trapped in a Venus fly trap while the Planet Master leaves with the Dryads to initiate his plan. Meanwhile, the Atom breaks free and sees the leader of the Dryads, Maya imprisoned in a cage. Atom frees her and learns that the Planet Master, really named Jason Woodrue, is a being from another dimension who was banished here and has since been using his knowledge of plants for his own personal gain.
With the help of Maya, the Atom travels to Washington, D.C. where the Plant Master has stationed himself as his plants attack in almost every state. There, Atom and Maya fight off the Dryads that are still under Planet Master’s control, until the Atom manages to slip off the Planet Master’s control device. With his device removed, the Dryads are freed and the Atom defeats Woodrue.