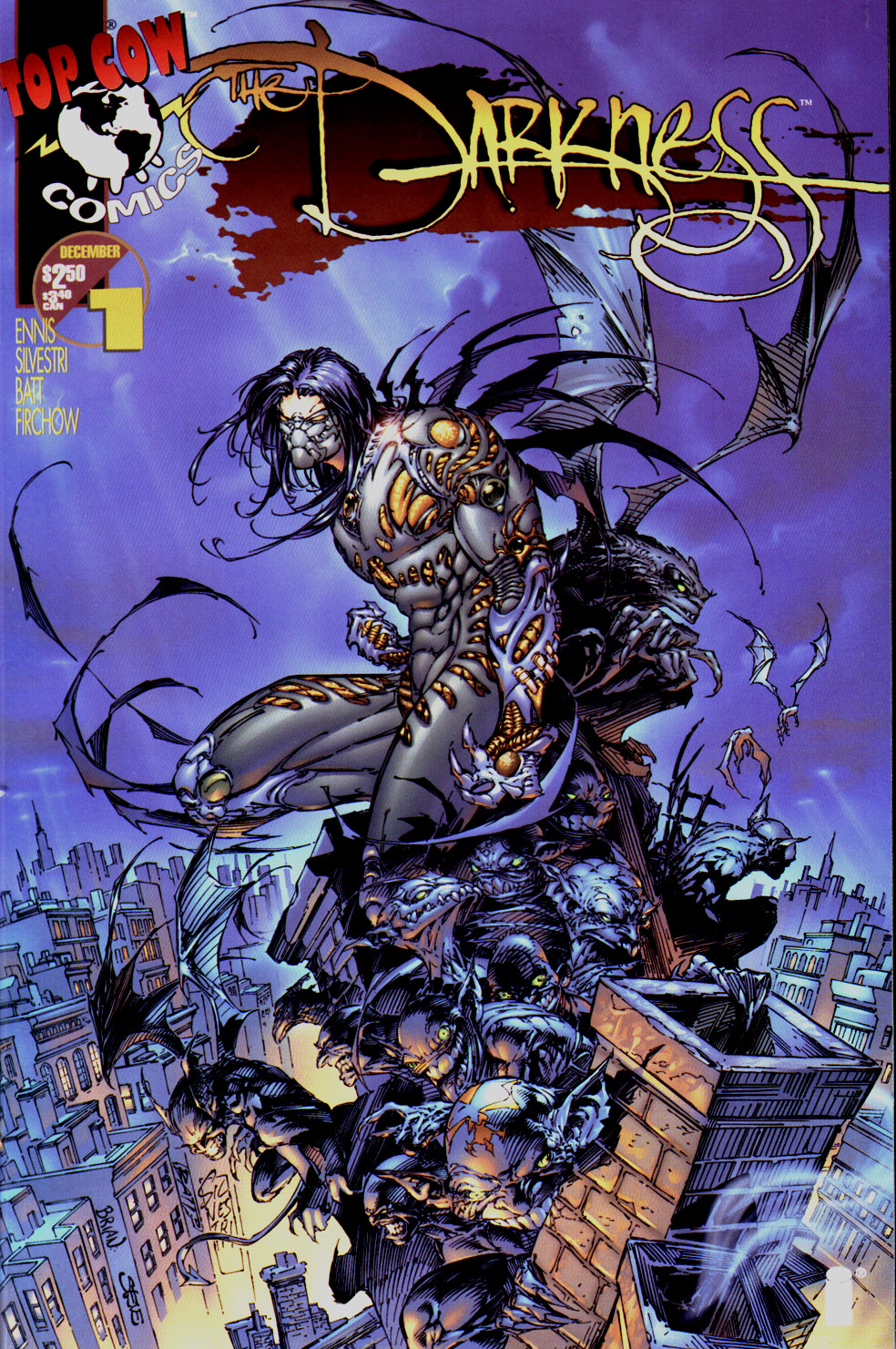 Vol 1: December 1996 – August 2001
The Series begins in New York City, with Jackie Estacado being introduced as he is stalking an undisclosed person for his “Uncle” Frankie Franchetti. The two suspect that this man has been scamming the Franchetti Crime Family and decide on a whim that he would be better off dead. With that, Jackie turns on his red sports car, crushes the man’s lower body with the car and then shoot him several times until he’s dead.

He then goes to the bar where he meets Jenny Romano and asks for a glass of milk, much to the latter’s surprise. He’s then seen flirting with some of the girls inside the bar and eventually leaves with one of them, telling her that he can get her a walk-on part in The Simpsons. Whilst he’s at his home with the woman, the reader is introduced to Sonatine, who is spying on him through a mystical source, as well as the current wielder of the Angelus, who wants to kill him the moment he gains The Darkness, hoping to end the Estacado family line once and for all.


Vol 2: December 2002 – November 2005
The wait for the return of the Darkness is over! Jackie Estacado is back…but can’t remember anything after the fire that took the life of his Uncle, the Mafia boss, Frankie Francetti. As the rest of the family waits to see if Jackie will take his Uncle’s place, Jackie is consumed by the things he can’t quite remember…things that wait for him in the deepest depths of the DARKNESS!!
Vol 3: December 2007 – December 2013
Following in the wake of the hugely successful The Darkness video game, The Darkness returns in a brand new ongoing series by Phil Hester (Deep Sleeper, Green Arrow) and Michael Broussard (Unholy Union)!

Irrevocably changed by the events of First Born, Jackie Estacado has relocated to Central America. But every paradise has dark secrets under the surface. And what does the mysterious Professor Kirchner stand to gain by allying himself with Jackie? Don’t miss out on this oversized first issue featuring bonus pages of story and art!